This was a remarkable week in impeachment hearings as nine witnesses testified. By week’s end, it was clear that there was a coordinated effort that included multiple senior Trump officials “in the loop” seeking investigations from Ukraine in exchange for aid and a White House visit — an effort that went against U.S. national security interests. Trump and his allies’ defense, claiming Ukrainian corruption and 2016 interference, was also debunked, leaving by week end their only defense to be lack of a firsthand witness to Trump directing the activities. The impeachment hearings were stunning as, with each passing day, it became all the more clear how irreverently and irresponsibly Trump has acted, yet how unwilling the Republican Party was to stand up to him and hold him accountable.

Another conspiracy theory was also debunked as a draft of the Department of Justice Inspector General found there was no political bias by senior FBI officials against Trump in getting the wiretap of Carter Page. Trump took an unusual trip to Walter Reed Medical Center early in the week that led to speculation of a health issue, and spent the rest of the week ranting and bullying about impeachment, mostly on Twitter and Fox News, and largely avoiding the press. Trump and his allies continued to attack and discredit impeachment witnesses publicly, and blocked testimony from senior officials and subpoenaed documents from the State Department. Trump continued his battle with the U.S. military, flexing his commander in chief might to overturn their rules.

As the week came to end, and Congress left for Thanksgiving break, it was unclear where the impeachment investigation would head next. The House Intelligence Committee started writing its report, but did not rule out further hearings, and the Judiciary Committee also considered follow up on information gleaned from the Roger Stone trial related to Trump’s written testimony in the Mueller probe. 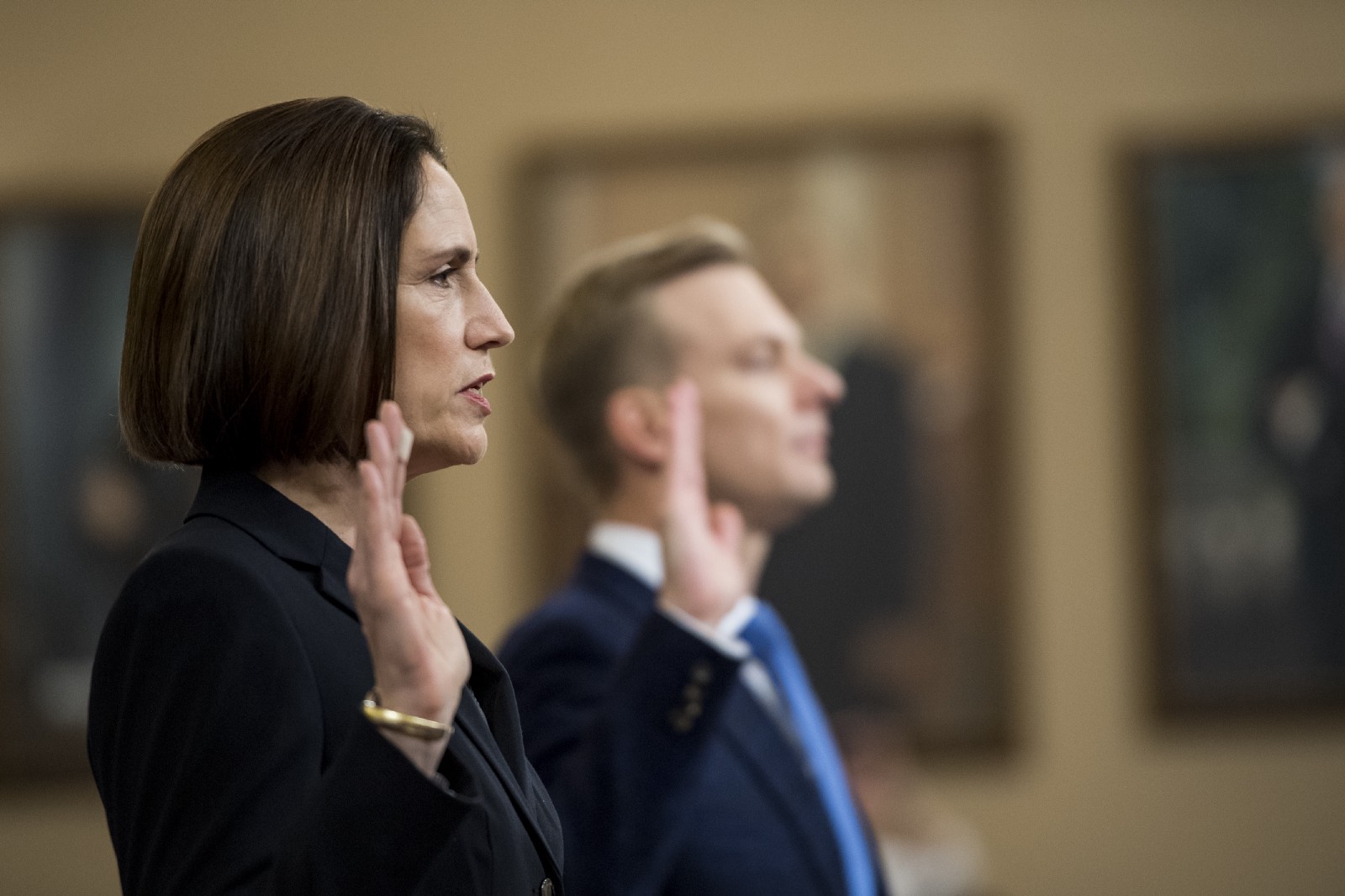 Fiona Hill, former senior director for Europe and Russia at the National Security Council, and David Holmes, political counselor for the US Embassy in Ukraine, are sworn in before testifying during the House Select Intelligence Committee hearing on the impeachment inquiry into Trump on Thursday, Nov. 21, 2019.