This week, House Democrats released transcripts of eight depositions, and announced a schedule for public hearings next week. As support for impeachment plateaued, Democrats tentatively planned to fast-track hearings, with a vote on articles of impeachment before the holiday break. Republicans meanwhile, careened from varying defenses of Trump, from it was not a bad quid pro quo, to he is not competent enough to carry out quid pro quo, to targeting witnesses and the whistleblower, to considering sacrificing a fall guy in Trump’s stead.

The Mueller probe was again back in the news, as the Justice Department released FBI 302 summary reports of interviews, and the trial of Roger Stone got underway. Documents revealed the source of the conspiracy theory that Ukraine, not Russia, interfered in the 2016 election was actually Konstantin Kilimnik, an employee of Paul Manafort who the FBI determined has ties to Russian intelligence. Stone and Trump’s possible involvement in seeking emails stolen by Russia from WikiLeaks was also back in the spotlight.

Election night provided victories for Democrats, taking control of the Virginia legislature for the first time in 26 years, winning the governorship of red state Kentucky, and historic victories in the suburbs of Philadelphia. As we head toward the 2020 election, U.S. intelligence again warned of election interference underway, something that Trump, and Republicans who continue to block legislation to protect voting, oddly seem to welcome. 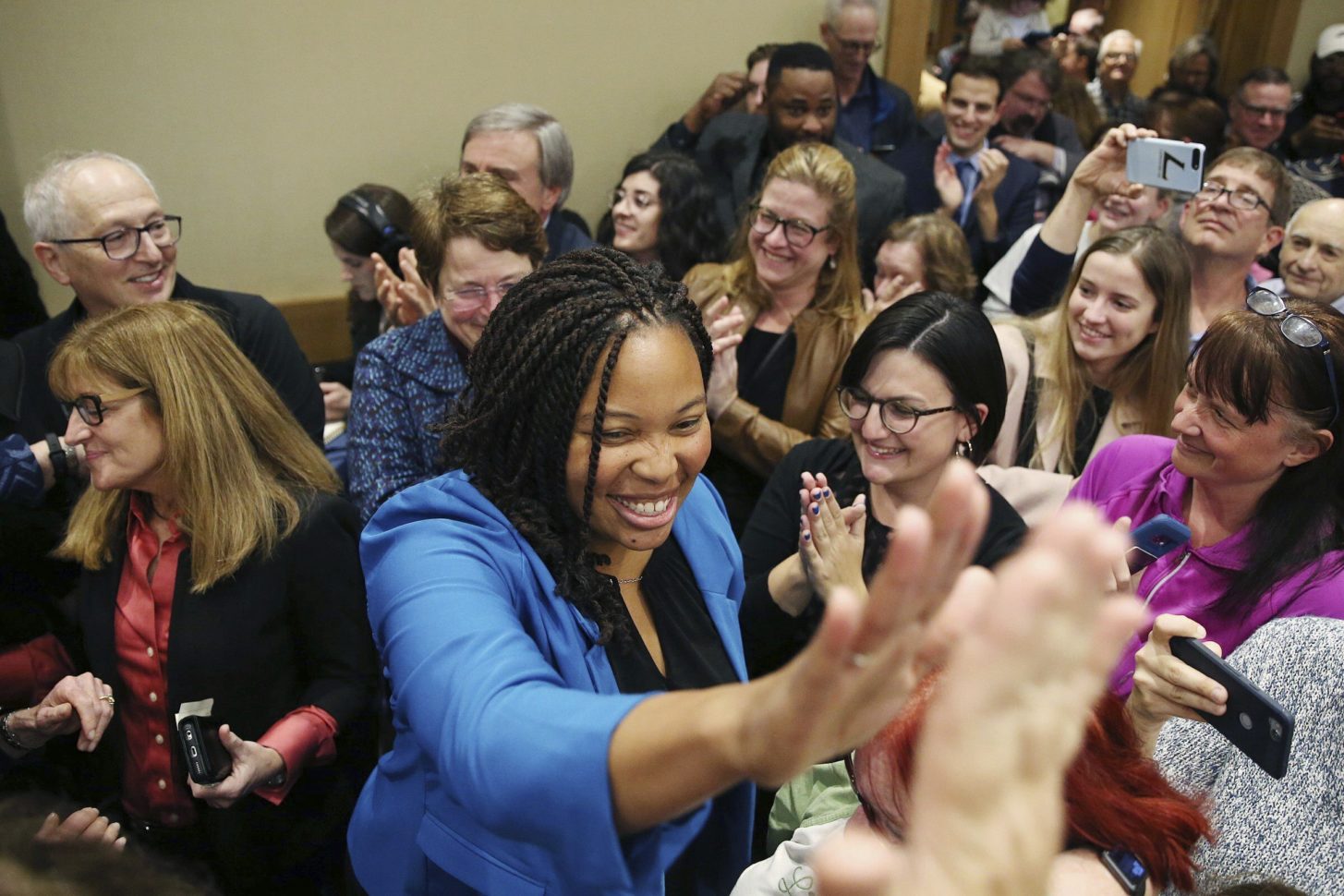 In this Tuesday, Nov. 5, 2019, photo Delaware County Council candidate Monica Taylor high-fives a supporter during the Delaware County Democratic Committee’s election watch party. Democrats won all three seats and took control of the council for the first time since the Civil War.