This week, further testimony in the impeachment probe brought the fifth and sixth public confirmation of a quid pro quo between Trump and Ukraine, including so far William Taylor, Gordon Sondland, Sen. Ron Johnson, Mick Mulvaney, Alexander Vindman and Tim Morrison. By week’s end, Senate Republicans discussed shifting their defense of Trump to acknowledging his quid pro quo, but saying it was not illegal — differing from House Republicans who continued to deny it, and Trump who maintained he had a “perfect” call and tested out new explanations for what occurred. Allegations of a possible White House cover up of Trump’s July 25 call also surfaced in this week’s testimony.

The House of Representatives took its first full, public vote on impeachment, passing a resolution to proceed with public hearings, and setting out ground rules to proceed. In the meantime, aspects of the Mueller probe came back into the spotlight as ongoing court cases played out, and Speaker Nancy Pelosi said she would not rule out including new information in the impeachment inquiry.

Trump tried to pivot and focus attention on a successful raid that killed the head of ISIS, seeking to turn it into a Hollywood story to distract attention and legitimize his haphazard foreign policy. This week hundreds of U.S. troops abandoned Kurdish allies in Syria, while hundreds of others moved back to Syria to protect oilfields not owned by the U.S. Trump attended his first Major League Baseball game for the World Series, and was treated to boos when he was announced, and chants of “Lock him up!” an inning later. 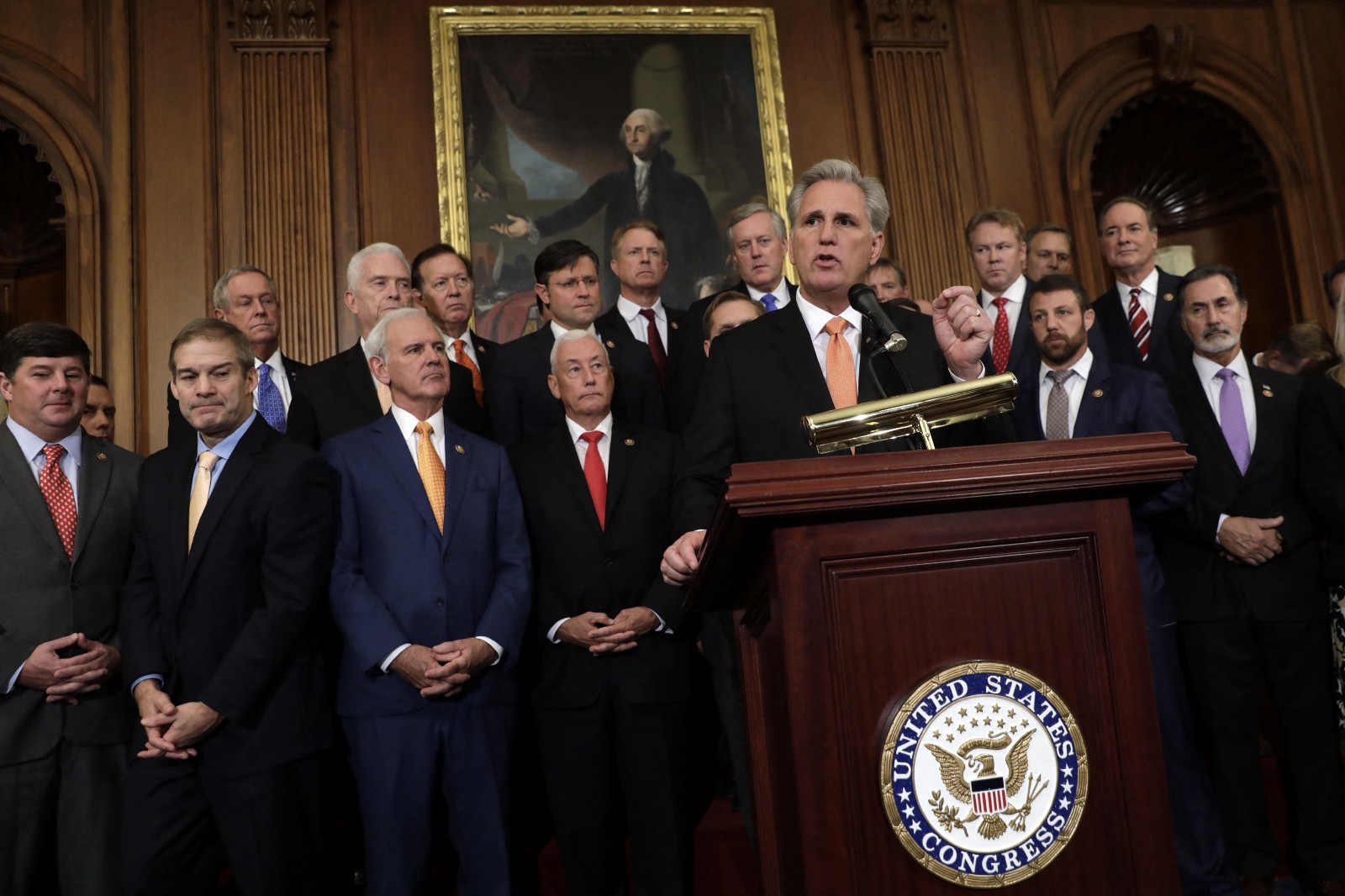 House Minority Leader Kevin McCarthy (R-CA) speaks at Republican leaders press conference after the House vote on a resolution formalizing the impeachment inquiry on Capitol Hill in Washington on October 31, 2019. Notably, those who immediately surrounded him were all white and male.