This week marked a major shift in the world order, as Trump finalized the evacuation of troops on Turkey-Syria border, and the void of leadership was instantaneously filled by Russia. Russian President Vladimir Putin hosted Turkish President Recep Tayyip Erdogan in Sochi, before hosting 40 African nations there, at what was dubbed the first Russia-Africa summit. As House Speaker Nancy Pelosi suggested to Trump in Week 153, “All roads with you lead to Putin.” Later in the week, Trump zig-zagged and sent U.S. troops and armored vehicles back to the region to guard oil fields, and suggested to millions of Kurdish civilians, displaced and endangered by his withdrawal, that they should relocate there.

This week marked a major shift in the impeachment inquiry, as career diplomats continue to defy Trump’s order not to testify. In a case related to the Mueller probe, Chief District Judge Beryl Howell ruled the House impeachment inquiry is legal, dealing another blow to Trump’s strategy of stonewalling the inquiry based on it not being legally authorized. Nine witnesses have testified so far, crystallizing a picture of clear quid pro quo. Despite stunts and distractions by Trump’s Republican allies, House Democrats continued to prevail in the messaging battle. By week’s end, Trump was forced to bring in additional lawyers and convene staffers to come up with a strategy to defend himself from impeachment.

This week Trump’s Department of Justice turned the investigation of the investigators into a criminal probe — raising concerns Attorney General William Barr is acting to give Trump a political victory and punish his enemies. Barr too is increasingly being drawn into the impeachment probe, while drawing rebukes for his handling of the whistleblower complaint. 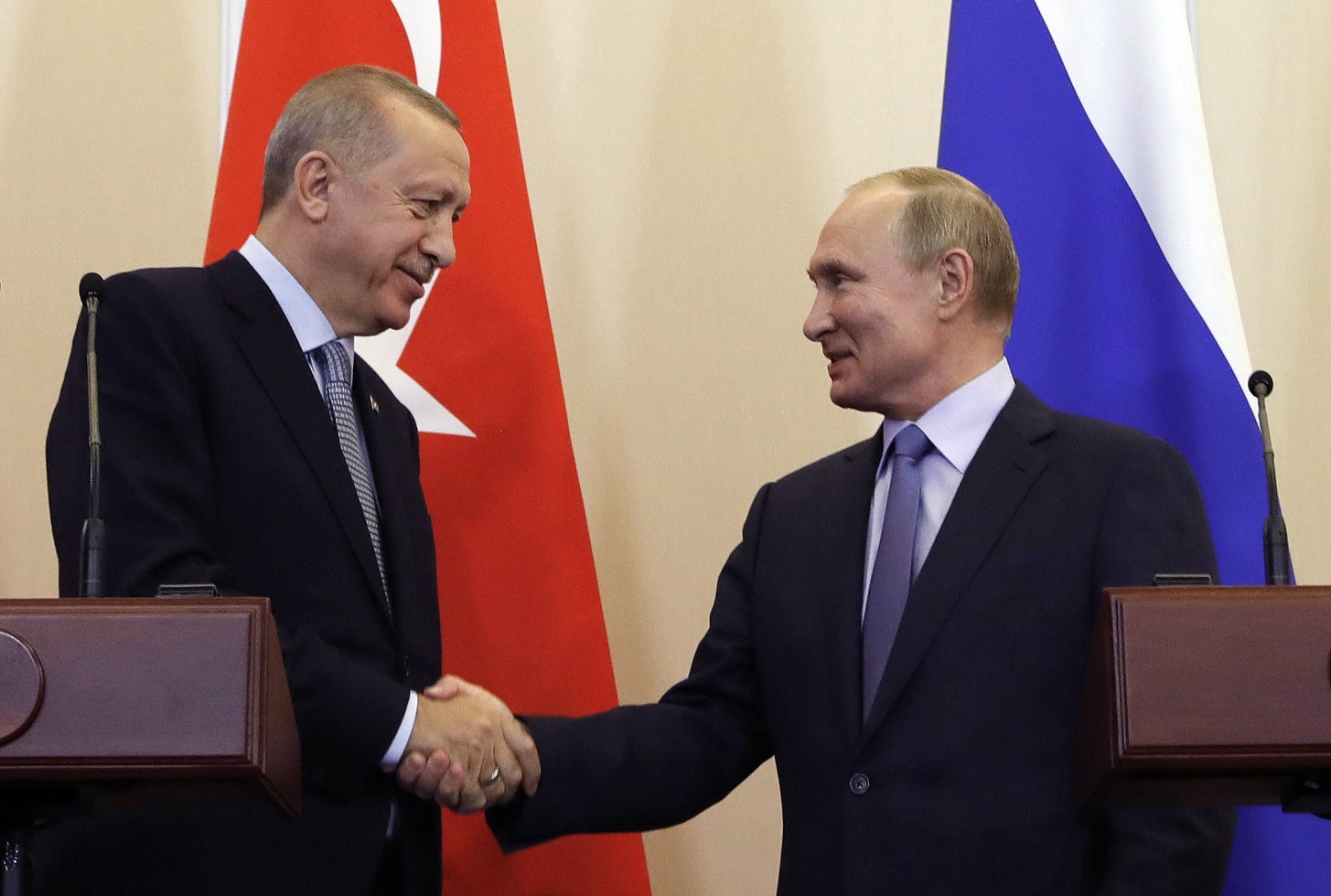 Tuesday, Oct. 22, 2019, Russian President Vladimir Putin, right, and Turkish President Recep Tayyip Erdogan shake hands after a joint news conference, hours before a five-day cease-fire between Turkish troops and Kurdish fighters in northeastern Syria was set to expire, in Sochi, Russia. Russia and Turkey reached an agreement that would cement their power in Syria, deploying their forces across nearly its entire northeastern border to fill the void left by President Donald Trump’s abrupt withdrawal of U.S. forces.