This week they just said it out loud: Trump’s acting chief of staff Mick Mulvaney scolded reporters, saying Ukraine was a quid pro quo, and “Get over it!” This was yet another in a series of unending trial balloons to gauge just how far Trump could push boundaries, and what he could normalize on his path to deconstructing our democracy. At the same news conference, Mulvaney informed reporters that Trump would host the 2020 G7 summit at his Doral Resort, an unprecedented act and another trial balloon. By the end of the week, Republicans were tiring of Donald J. Trump.

Further evidence of shifting moods was the flow of career professionals and Trump appointees defying his stonewall and testifying before Congress. Unlike his successful dodge of the Mueller probe, the reporting and testimony all seem to point to Trump being at the center of demanding help from a foreign government, and withholding Congressionally-approved funds as a hammer. At week’s end, in a congressional hearing on Hurricane Maria, it became clear it had done the same to Puerto Rico, withholding aid approved by Congress at his whim.

Trump has also shown his utter ineptitude on foreign policy, and the consequences of his withdrawal of troops from Syria resulted in calamity one week later. By week’s end, diplomats were questioning if the U.S. could be held responsible for Crimes Against Humanity for ethnic cleansing, due to Trump’s callousness and indifference, at times seeming to encourage Turkish brutality.

As noted by House Speaker Nancy Pelosi, “All roads lead to Putin” — Trump has handed Russia two huge victories by hobbling support to Ukraine and leaving a vacuum which Moscow quickly occupied in Syria. Hillary Clinton posited Trump being compromised by Russia, and Admiral Michael McRaven said in an op-ed, “Our Republic is Under Attack from the President.” Again, we seem to be teetering on the end of Trump or the end of American democracy. 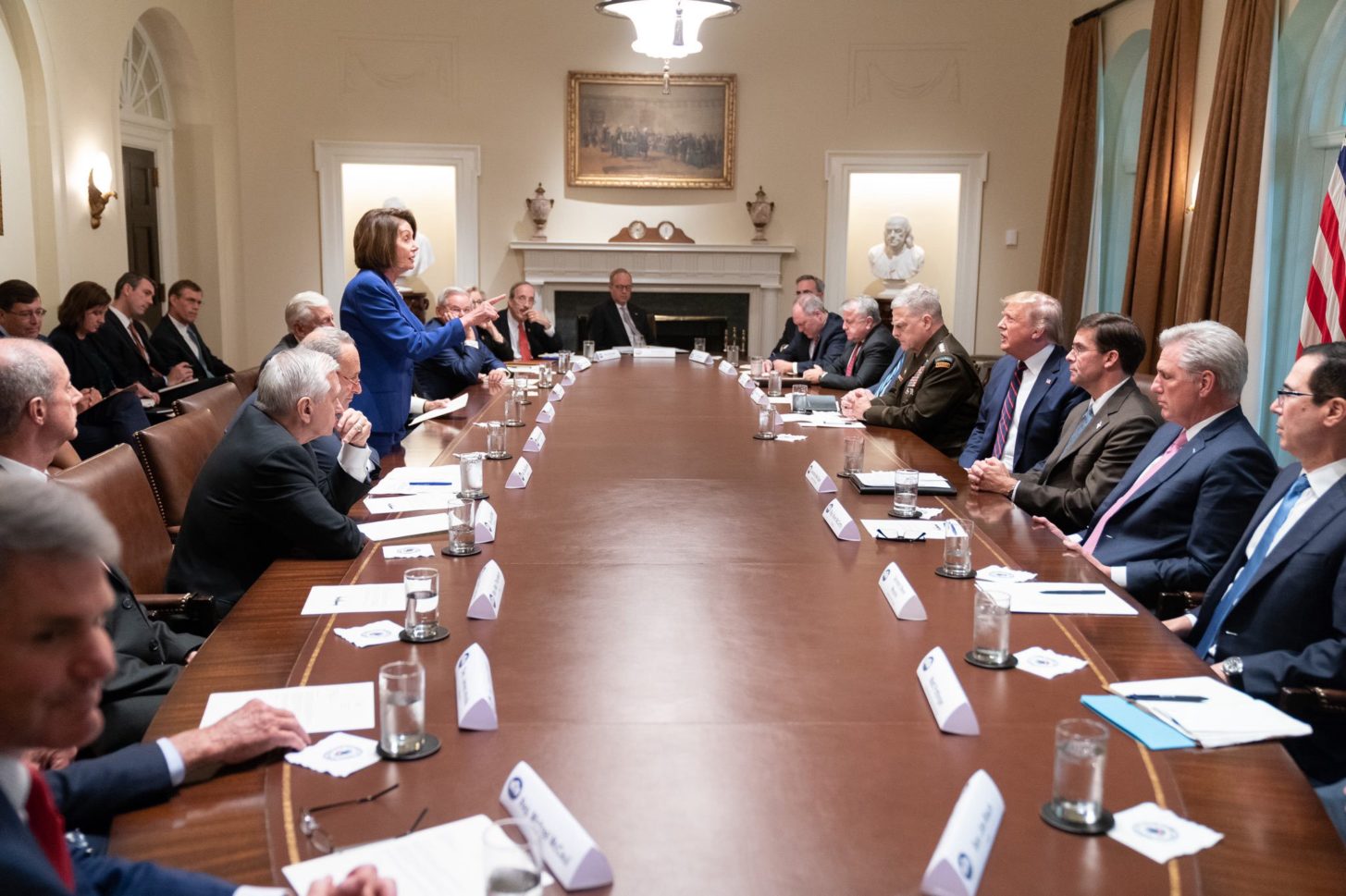