In addition to the number of not normal items surging since the start of the impeachment inquiry, Trump’s Twitter activity has proliferated — in one 25 minute span on Friday alone, he sent 33 tweets! In past weekly lists, we have covered that the potency of his tweets have had decreased, both in impact and visibility, as his time in office wears on. Also, notably, the media coverage of Trump’s frenzied tweeting has dropped off, making it harder each week to find sources that put what amounts to official pronouncements from the leader of our country into some context (and for me to link to for historical purposes).

In the past two weeks, there has been a striking shift in the country’s sentiment towards impeachment — approval of not only an inquiry, but also removing Trump, has shifted in favor. Thus far, breaking news coming from our media has done most of the fact finding and informing. House Speaker Nancy Pelosi is keeping the focus of the inquiry narrow, but with reporting gushing out the scope of the July 25 Trump-Ukraine call has broadened in several different subplots which are commensurately unfolding.

This week Trump abruptly pulled U.S. troops from Syria, enabling possible genocide by Turkey against the Kurds who fought alongside us, and allowing ISIS fighters to escape and regroup. It’s a calamity of our times — and yet few voices in the Republican Party, let alone the decorated military officials who served in the Trump regime, are willing to speak out. If anyone had doubts of how close we are to becoming an authoritarian state, this week’s list will remind you. 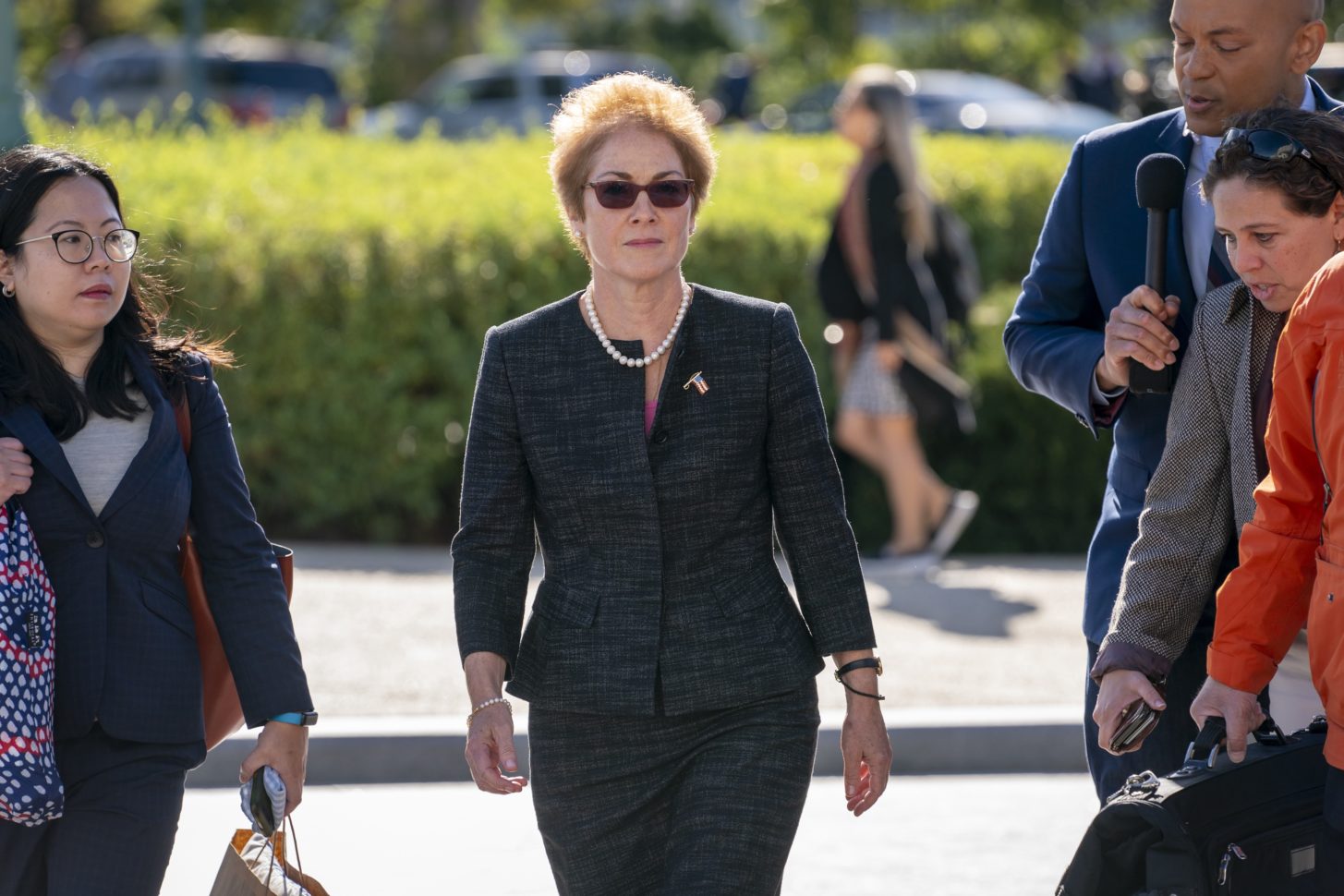 Former U.S. Ambassador to Ukraine Marie Yovanovitch is surrounded by lawyers, aides and journalists as she arrives at the U.S. Capitol October 11, 2019 in Washington, DC. Yovanovitch was invited to testify behind closed doors to the House Intelligence, Foreign Affairs and Oversight committees as part of the ongoing impeachment investigation against Trump.
« Week 151
Week 153 »
Share This