With impeachment looming, Trump started this week by attacking the credibility of House Intelligence Committee Chair Adam Schiff and the whistleblower, both of whom he also endangered with his rhetoric. Midweek, Trump shifted strategy, openly soliciting foreign help from China and Ukraine in the 2020 election on national television, speaking to reporters on the South Lawn of White House. Republicans remained silent on Trump’s unprecedented request, which the head of the Federal Election Commission reminded the country, in a tweet, is illegal.

This week others in the regime became ensnared in the inquiry, as reporting revealed the involvement of not only Trump’s personal lawyer, Rudy Giuliani, but also Attorney General William Barr, Secretary of State Mike Pompeo, and possibly Vice President Mike Pence, among others. Three House committee chairs sent subpoenas to Trump’s personal lawyer, Rudy Giuliani, Secretary of State Mike Pompeo and the White House, and witnesses started to appear before House investigators in private hearings. Polling showed a dramatic shift in attitudes towards impeachment, with the majority of Americans now in favor.

As noted last week, I had always thought as we approached the end of Trump’s time in power, the lists would balloon: following last week’s 225 not normal items — 20 items longer than any previous list — this week we hit 240 items. In addition to the news on impeachment, this week’s list has many important stories on the continued degradation of American values and the regime’s cruelty, which got lost in the chaos of the news cycle. 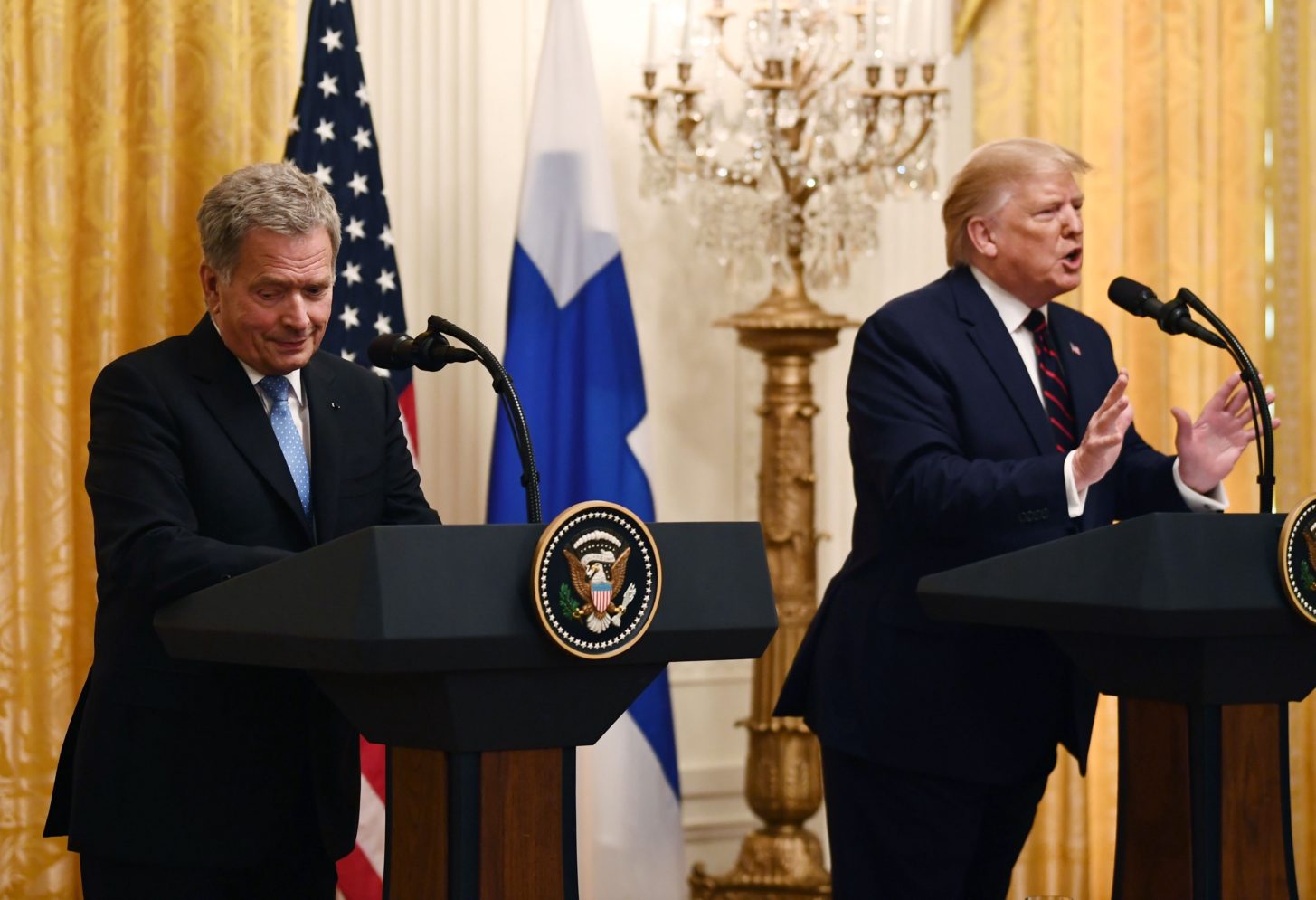 Trump and Finnish President Sauli Niinisto hold a joint press conference in the East Room of the White House in Washington, DC, on October 2, 2019.
« Week 150
Week 152 »
Share This