This week public impeachment hearings started, with three career diplomats testifying before the House Intelligence Committee. Senate Republicans were notably quiet in their defense of Trump, while Republican House members focused mostly on the process, especially for the third witness, Maria Yovanovitch, who proved unassailable. William Taylor testified about a previously unknown phone call on July 26 overheard by his staffer David Holmes, in which Trump asked about “the investigation,” and Sondland assured him Ukraine would comply. Closed door hearings continued as well, as more career officials came forward to testify.

This week, Trump faced threats on other fronts, as longtime ally Roger Stone was found guilty on all charges of lying to Congress, tampering with witnesses, and concealing evidence in an effort prosecutors said was to shield Trump. Stone’s conviction was the sixth of a senior Trump official arising from the Mueller probe. This week Trump lawyers appealed two cases to the Supreme Court, both of which would require him to turn over eight years of his tax returns.

The world order continued to shift, as Trump hosted and praised Turkish President Recep Tayyip Erdogan at the White House, weeks after Turkish-forces invaded Northern Syria, and notably in contrast to having not yet hosted Ukrainian President Volodymyr Zelensky. French President Emmanuel Macron announced France would host a Ukraine summit on December 9, inviting leaders of Ukraine, Russia, and Germany, while pledging unwavering support to Zelensky. 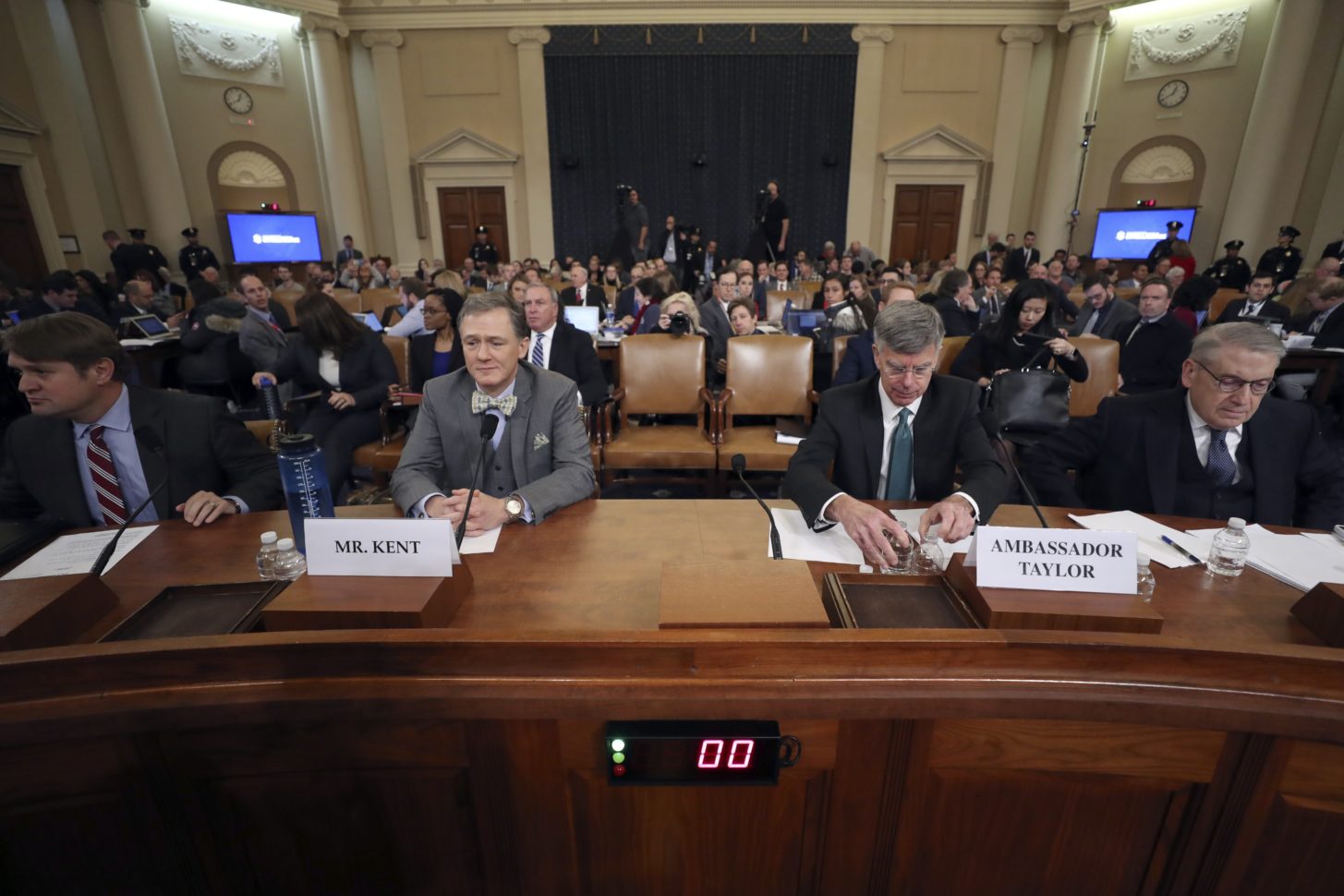