This week, more conspiracy theories were debunked, as a draft of the Department of Justice Inspector General report found the FBI did not try to place spies in Trump’s 2016 campaign, nor did Obama wiretap him. Trump allies continued to push the conspiracy that Ukraine, not Russia, may have interfered in 2016, despite it being thoroughly and widely disproved.

Trump sought to portray strength — firing the Navy Secretary and tweeting an image of his face super-imposed on the body of Sylvester Stallone in “Rocky.” He told supporters in Florida how hard he was working for them — as opposed to Democrats’ focus on impeachment — then clandestinely flew to Afghanistan on Thanksgiving to visit U.S. troops under false pretenses.

The House Judiciary Committee announced the start of impeachment hearings next week, as Trump and his team weighed whether to participate. The committee did not rule out an article related to the Mueller probe. Reporting revealed the September 9 call between Trump and Gordon Sondland — central in Trump’s defense of his actions towards Ukraine — may not have happened, and Rudy Giuliani faces a broad probe of possible criminal activity. 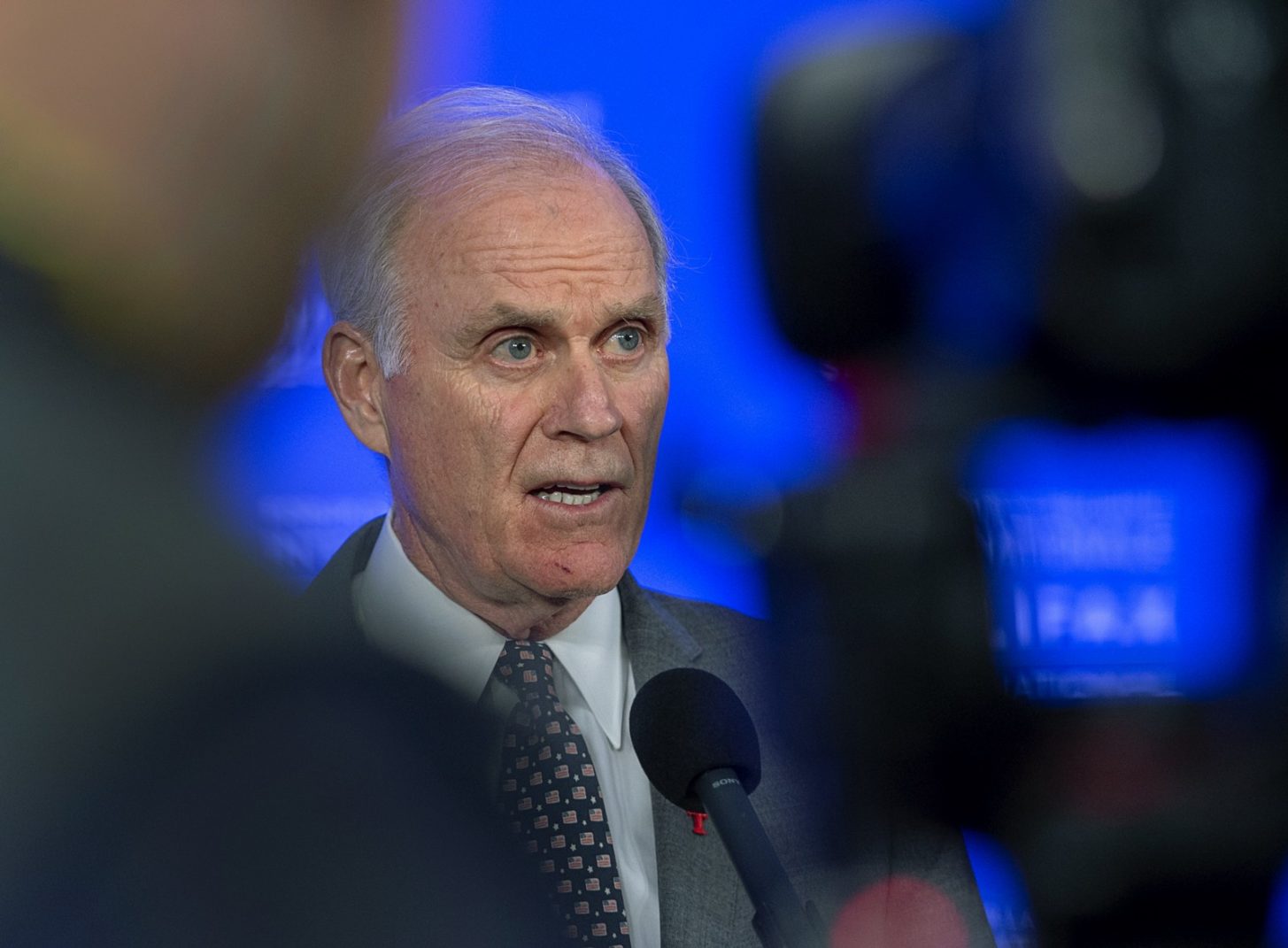 In this Saturday, Nov. 23, 2019 photo, U.S. Navy Secretary Richard Spencer fields questions at a media availability at the Halifax International Security Forum in Halifax, Nova Scotia. U.S. Defense Secretary Mark Esper has fired the Navy’s top official over his handling of the case of a SEAL accused of war crimes who Trump has defended. Esper said on Sunday, Nov. 24 that he had lost confidence in Spencer and alleged that Spencer proposed a deal with the White House behind his back to resolve the SEAL’s case.