This week, in a shocking display of racism, Trump tweeted that four congresswomen of color should “go back” to the countries they came from. Amid Republican silence, rather than backing off, Trump ramped up his attacks, leading to a mid-week rally where his supporters chanted “send them back.” At first Trump seemed to distance himself from his supporters’ chants, but the next day doubled-down, calling the supporters “incredible patriots,” while escalating his attacks on the congresswomen further. Still, by week’s end, no Republicans publicly criticized Trump, rather backing him or seeking to redirect his racist comments to a discussion of political ideology.

This week as the House voted to condemn Trump’s racist tweet, and to hold Attorney General William Barr and Commerce Secretary Wilbur Ross in criminal contempt on the citizenship question — yet both votes were symbolic gestures, having no real impact. Questions were raised by members of Congress about Barr’s involvement with dismissing charges against the police officer who allegedly strangled Eric Garner to death, and in ending the Southern District of New York’s investigation into campaign finance violations over hush-money payments to silence two women. The House also entertained an impeachment resolution from Rep. Al Green, which 95 House Democrats voted to advance — the highest level of support so far — as Robert Mueller prepares to testify next week. 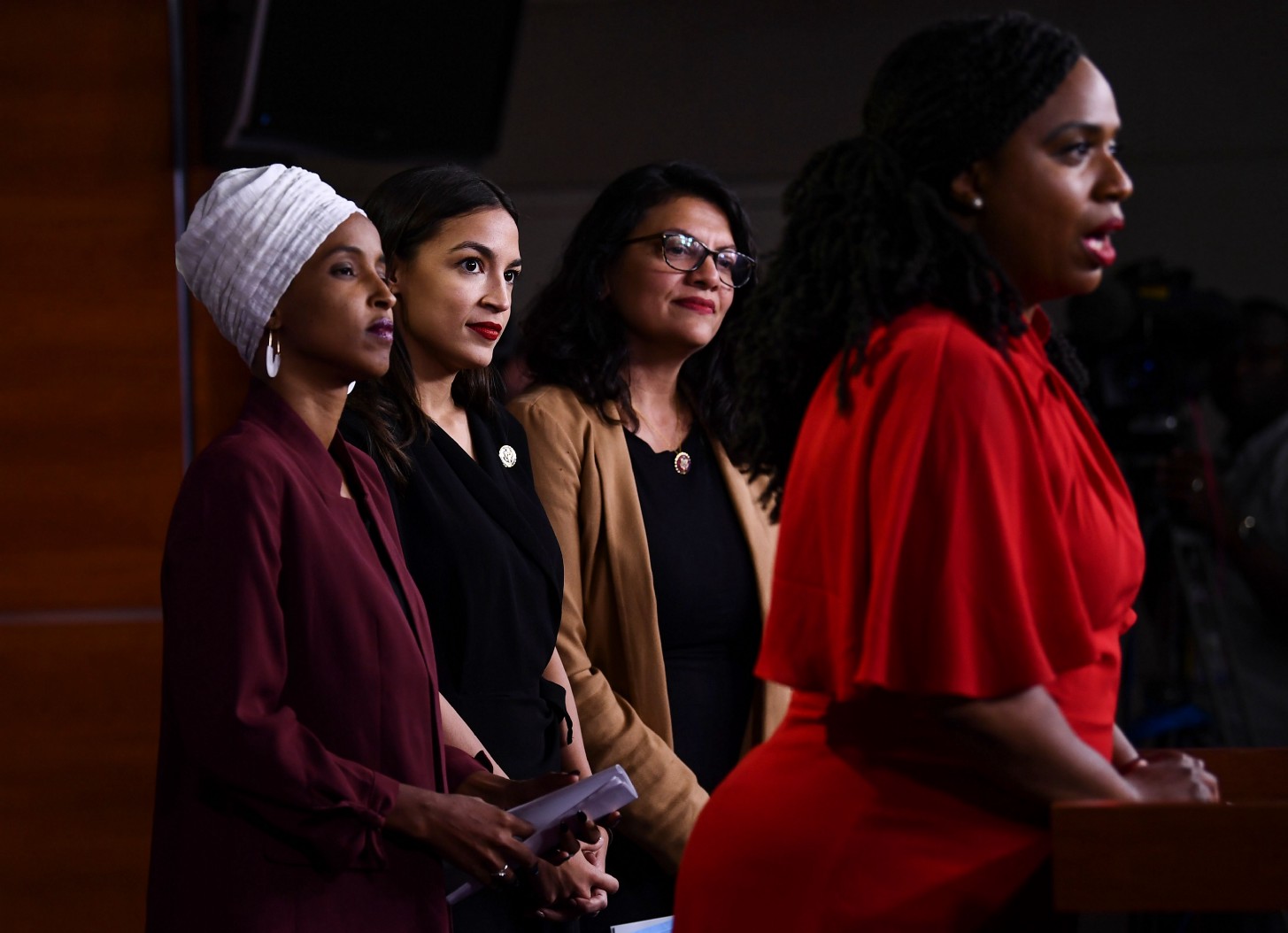 Representatives Ayanna Pressley (D-MA) speaks as Ilhan Abdullahi Omar (D-MN)(L), Rashida Tlaib (D-MI) and Alexandria Ocasio-Cortez (D-NY) hold a press conference, to address remarks made by US President Donald Trump earlier in the day, at the US Capitol in Washington, DC on July 15, 2019.