This week, two years after visiting France for Bastille Day and admiring its military display, Trump hosted a “Salute to America” on July Fourth, replete with an expansive array of military hardware and troops. The scenes of tanks rolling into the nation’s capital drew comparisons to other authoritarian regimes who flaunt their military might through public displays, including North Korea, where Trump paid a surprise visit as the week began.

This week, Trump thumbed his nose at the Supreme Court’s decision in Week 137 not to allow a citizenship question on the 2020 Census. The Justice and Commerce Departments, after stating the questionnaire was being printed without the citizenship question, completely reversed themselves 24 hours later following a single tweet by Trump. By weeks’ end, the DOJ said it would, at Trump’s behest, try to put forth a new argument in court justifying the question, while Trump mused he had four or fives options to get his way. Notably, Trump has now challenged the authority of both the legislative and judicial branches — including the nation’s highest court — to counter his unilateral power. And the Justice Department, under the leadership of Attorney General William Barr has been rendered a tool to help his efforts. 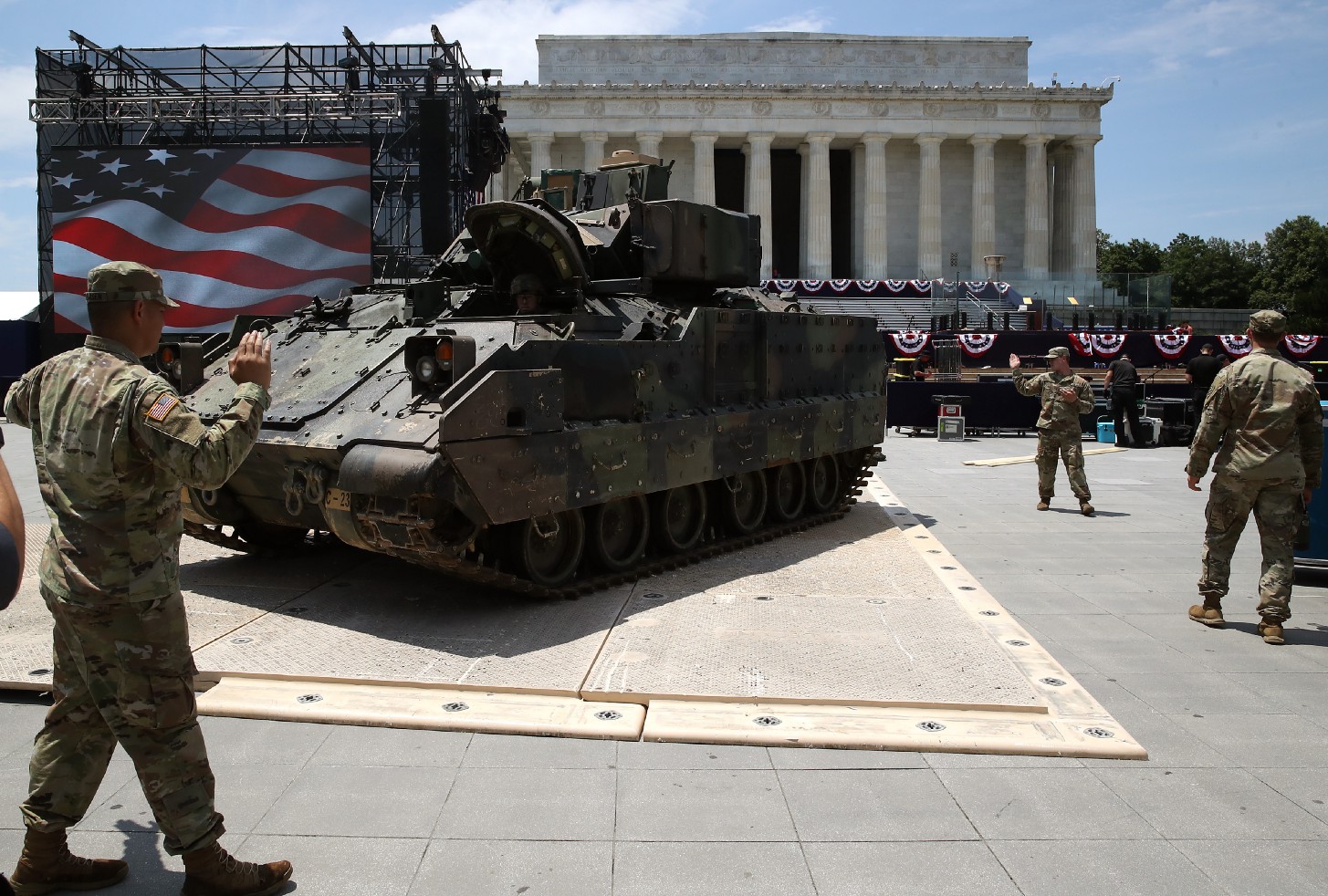 Members of the U.S. Army park a Bradley fighting vehicle in front of the Lincoln Memorial ahead of the Fourth of July “Salute to America” celebration on July 3, 2019 in Washington, DC. Trump will deliver a speech at the memorial with military hardware on display including tanks, and flyovers by military aircraft.