This is the longest week so far, and it felt that way. The chaos of our lives has obfuscated the damage and extremes under Trump, as each week blurs into the next week’s crises and unprecedented actions. This week’s turmoil centered on Jeffrey Epstein’s arrest and the resignation of Labor Secretary Alex Acosta, the 13th Cabinet member to depart the regime — next week there will certainly be new plot lines to engage and exhaust the American people.

This week the Democrats seemed to take a step back, amid party infighting. Notably, the Trump regime continues to successfully stonewall all the House efforts at accountability, and seemingly Democratic leadership is taking a slight uptick in Trump popularity as a rationale to back off in tone, while in actuality, the lack of action by the Democrats has normalized the previously unthinkable of accepting foreign help and obstructing justice. While the country eagerly awaited Robert Mueller’s testimony on July 17, that too evaporated and became a moving target.

Trump careened from one rage to another this week, but notably, he is largely getting his way. When things go against him, he finds new ways to re-center and seize the narrative. His central message of immigration continues to be front and center and Fox News seized on the theme of “these are not our children” to dull the news on conditions at detention centers, as deportation raids were set to start. Trump continued to repeat his themes that the media is “the enemy of the people,” that he will serve more than two terms, and that Democrats are enabling millions of “illegal aliens” to vote — all setting the stage for an unpredictable 2020 election. 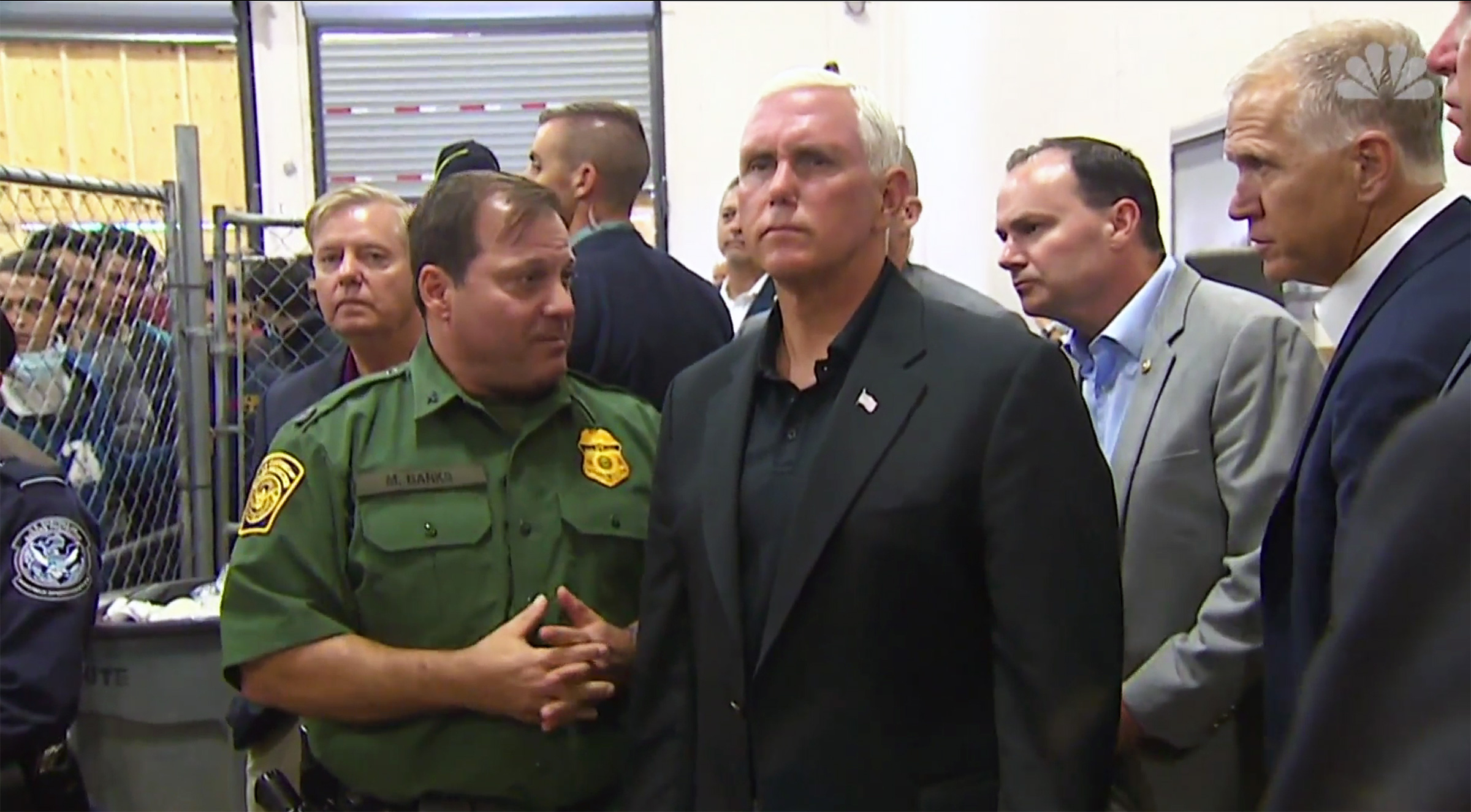 Vice President Mike Pence visited a detention center in McAllen, Texas on Friday and saw hundreds of migrant detainees packed into their holding areas surrounded by a chain-link fence.