This week Robert Mueller testified before the House Judiciary and Intelligence Committees about his 448 page report. The testimony was the first glimpse many Americans had of its findings, especially Mueller’s stark warnings on Russia’s past and ongoing interference, and Trump’s and other regime members’ financial and other conflicts. While the media quibbled over whether Mueller was made-for-television articulate, the House Judiciary Committee took the first steps to effectively start an impeachment investigation, as over 100 House members have now come out in favor of impeachment. Despite testimony by Mueller and FBI director Christopher Wray, as well as a bipartisan Senate Intelligence Committee sounding alarms about Russia’s ongoing efforts at election interference, Senate Majority Leader Mitch McConnell continued to halt efforts by Congress to counter Russian meddling.

Troubling signs of eroding norms and Trump seizing power at an alarming rate continued. Trump ramped up attacks on the media, calling them “fake” and “the enemy of the people,” and saying the press has lost all credibility. Trump continued his diatribe on the Federal Reserve and targeted U.S. companies with his ire. A disturbing Supreme Court ruling allowed Trump to take funds from the Pentagon to build his wall, while he continued to push to end asylum and ramp up rhetoric on deportation — further fanning the flames of “us” versus “them” in America. 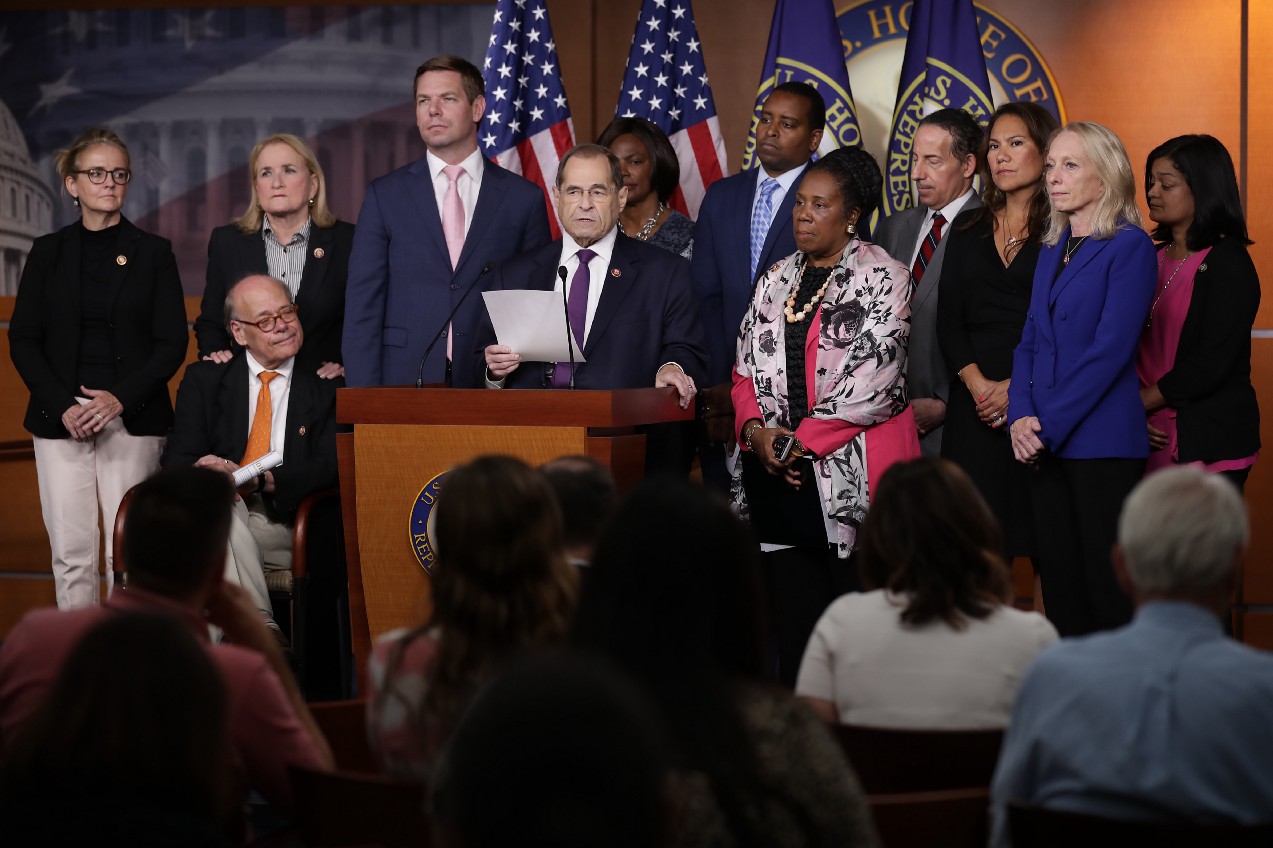 House Judiciary Committee Chairman Jerrold Nadler (D-NY) and fellow Democratic members of the committee hold a news conference about this week’s testimony of former special counsel Robert Mueller July 26, 2019 in Washington, DC. Nadler said that the hearing was an “inflection point,” because Mueller testified that President Donald Trump’s 2016 campaign welcomed assistance from Russians and that Trump “was not exonerated.”