This week started with Trump’s attacks on Black leader House Oversight Committee Chair Elijah Cummings, whose panel has several ongoing investigations targeting Trump and his family. Trump used dehumanizing language like “rats” and “infest” to disparage Cummings’ home district of Baltimore, then broadened his attack during the week to other prominent Black men including Al Sharpton, who he called a “con man” and CNN host Don Lemon who he called “dumb.” Trump refused to back off, escalating his racist attacks — gaslighting the country that he is not the racist, but Cummings is — as news of hate-based shootings and instances of overt racism spread in an anxious and increasingly divided country.

A new label for Senate Majority Leader Mitch McConnell — Moscow Mitch — struck a nerve with the leader, and as the media and Democrats questioned his unwillingness to secure the country’s election, his other ties to Russia came under scrutiny. Headwinds for impeachment continued post Mueller’s testimony as over half the House Democrats formally called for the start of an impeachment inquiry, while Trump continued to deny Russia interference happened or is happening now. Trump pushed out the Director of National Intelligence, Dan Coats, one of the few remaining voices who stood up to Trump on foreign policy, and perhaps the last non-partisan stop-gap to future Russia interference.

The future of the Republican Party came into question this week, as Rep. Will Hurd, the only Black American member of the House for the GOP, became the ninth Republican to say he will not seek re-election in 2020. Among the nine are also two of the 13 GOP women, including Rep. Susan Brooks, who was meant to recruit more women to run. 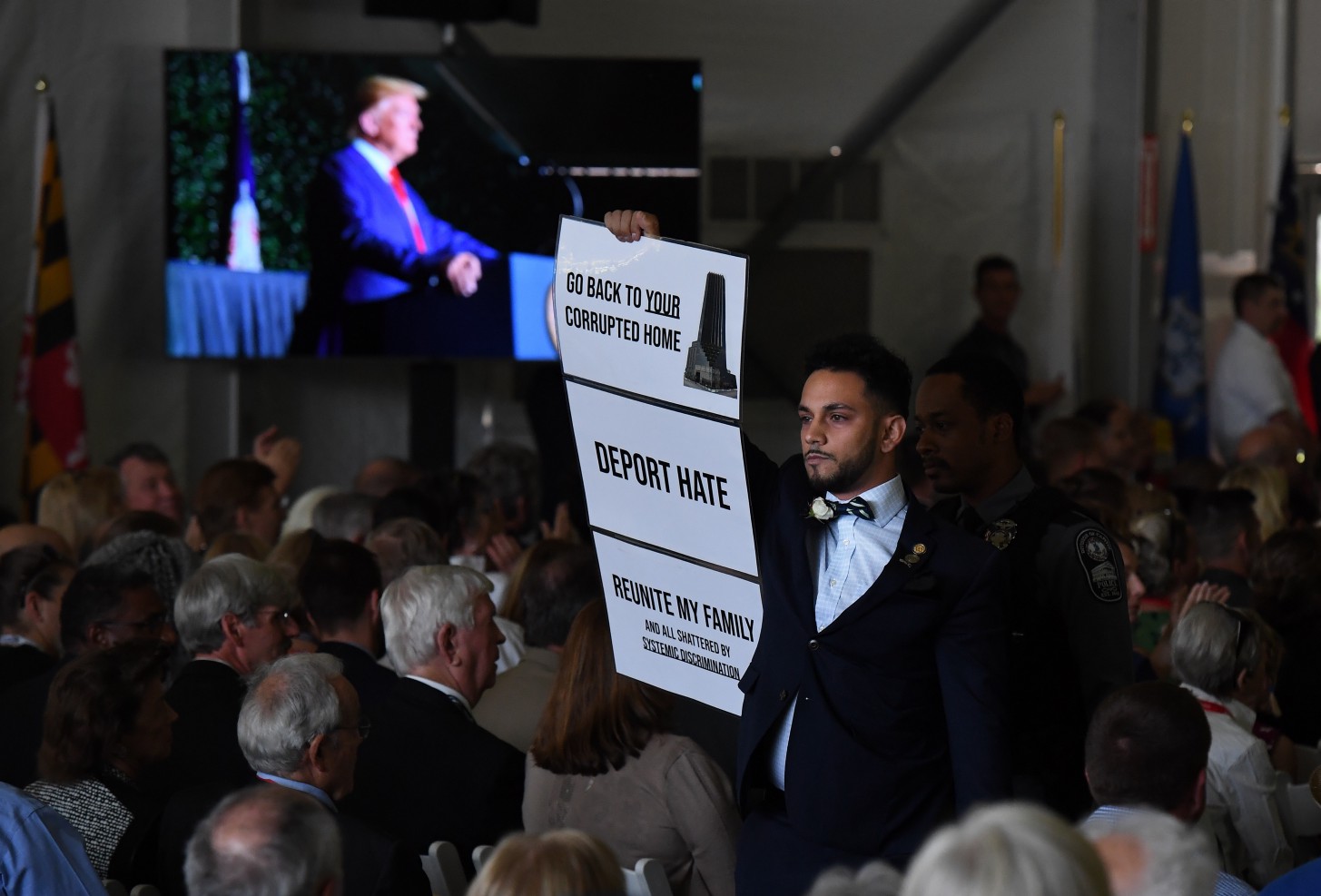 Virginia state delegate, Ibraheem S. Samirah is escorted out after holding up a sign while Trump speaks at Jamestown Settlement on Tuesday July 30, 2019 in James City County VA. Tuesday July 30th marks the 400th anniversary of the convening of the first General Assembly that took place at a church on what is now Historic Jamestown.