This week has the most incidents of violence, attempted violence, and acts of hate inspired by Trump and his rhetoric since I started keeping track. The week started with two deadly mass shootings — one directly linked to the language used by Trump and Fox News — and rather invoking the role of consoler, Trump instead further stoked division and hate. What many may have missed in Week 143 is the amount of close calls by other white men — seemingly activated by Trump’s rhetoric and gaslighting on white supremacy and hate — that could have led to even more bloodshed. Or the remnants of racism and xenophobia that Trump has brought into the mainstream with his actions and words.

The Republican Party saw further defections of House members retiring in 2020, but still lawmakers refused, with few exceptions, to condemn Trump’s mishandling of the mass shootings, his continuing divisiveness and hate, or his blocking of the FBI and other agencies’ attempts to confront domestic terrorism carried out by white supremacists. This week once again there was a bevy of resignations from key roles, as power continues to consolidate into the hands of Trump and his band of sycophants. A mass raid in Mississippi, the largest in U.S. history, produced images of children crying as their parents were taken by ICE agents from places of work. Again, not a peep from the Republican Party.

This week House Democrats quietly escalated what appears to be the start of a stealth impeachment inquiry, suing to have former White House counsel Don McGahn appear for public testimony. While Congress is away for six weeks — a noticeable hiatus given Trump’s now unfettered control of the narrative and acting seemingly unchallenged — court cases filed by House panels continued to move forward.

The week closed with the shocking revelation that Jeffrey Epstein was found dead in his prison cell, allegedly by suicide, the day after court documents were unsealed, revealing other powerful men involved in his ring of sex trafficking and rape of girls. Conspiracy theories, some fanned by Russian-backed bots, exploded shortly after, seeking to distract from the strange occurrence of Epstein’s death. 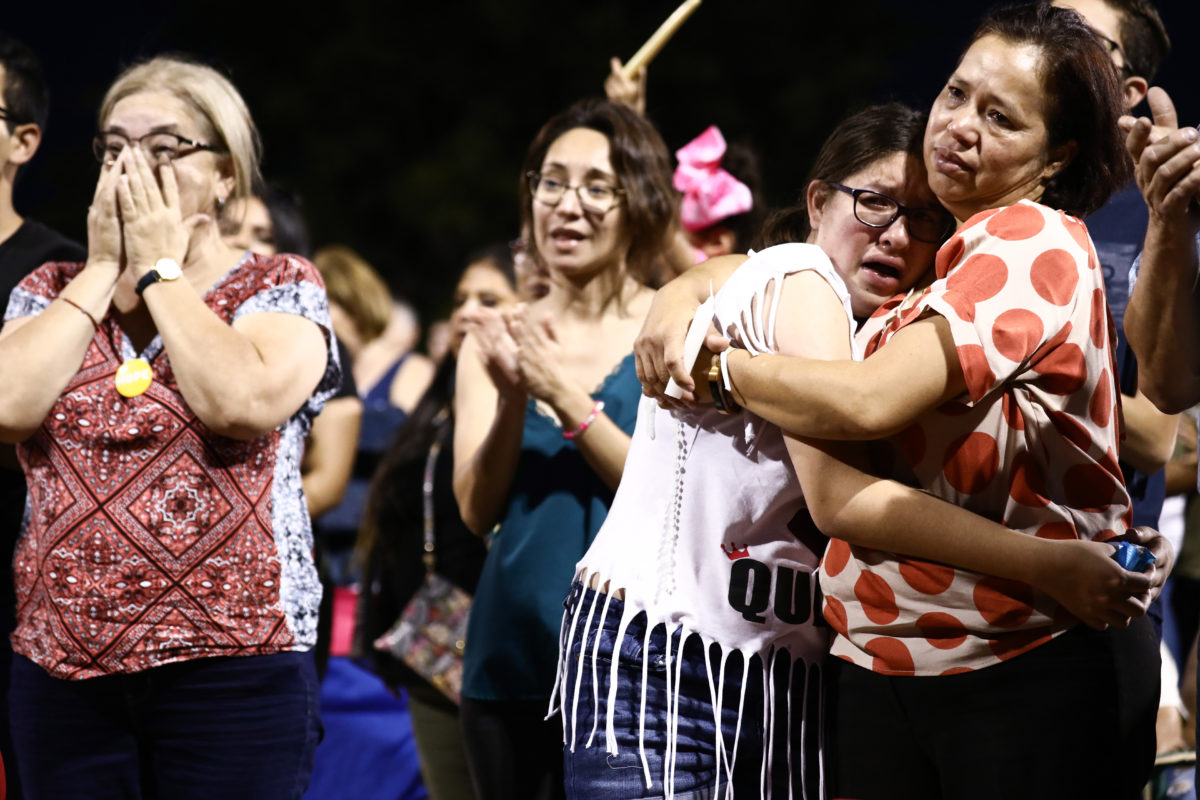 People react and embrace each other during an interfaith vigil for victims of a mass shooting which left 22 people dead, on August 4, 2019 in El Paso, Texas. A 21-year-old male suspect was taken into custody in the city which sits along the U.S.-Mexico border. At least 26 people were wounded.