This week Trump’s beloved economy faltered under pressure from his trade war with China, a ballooning U.S. budge deficit, and other global factors. An anxious Trump, realizing a strong economy is essential to his re-election, lashed out at the Federal Reserve, while confiding in allies his plan to blame any downturn on Fed Chair Jerome Powell. Meanwhile his shrinking inner-circle of sycophants assured him forecasts were wrong.

Trump held two rallies this week, one at a Shell Chemical plant outside Pittsburgh, where later it was revealed union employees were mandated to attend — “No scan, no pay” —  and warned not to protest. At a second rally in New Hampshire, Trump rambled, veering off script and repeating points he made earlier in the speech.

This week the concerns of an uprising and mainstreaming of white nationalism continued, while Trump regime officials continued to make blatantly racist and xenophobic statements, and defend cruel and inhumane treatment of people of color. The Republican Party remained silent, instead seeking to downplay white nationalism and blame Democrats. Trump urged his authoritarian ally in Israel, Prime Minister Benjamin Netanyahu, to deny entry for two Muslim members of Congress — an unprecedented thwart of democracy. Protests heated up in Russia and Hong Kong. 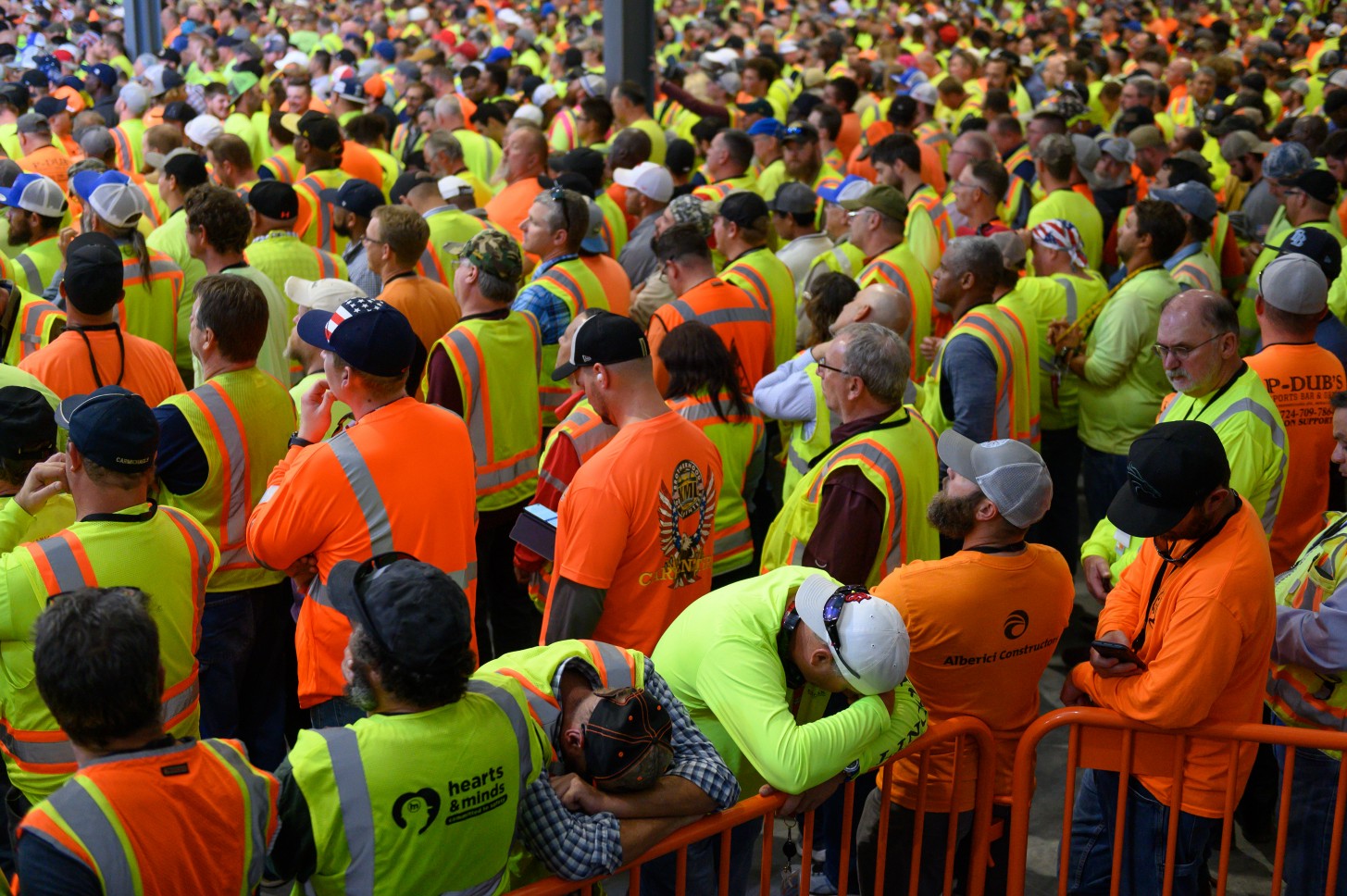 5000 union contractors listened to Trump speak at the Shell Chemicals Petrochemical Complex on August 13, 2019 in Monaca, Pennsylvania. It was later reported that workers were mandated to attend or be docked the day’s pay, and were told not to protest.