This week, renewed questions surfaced about Trump’s mental health, as he referred to himself as the “King of Israel,” the “chosen one,” and “hereby ordered” U.S. companies to change their dealings with China. Trump created another unprovoked international crisis with long-time ally Denmark, cancelling a trip he invited himself on, last minute, over the country’s unwillingness to discuss selling him Greenland.

As fears of a recession loomed and his approval rating weakened, Trump went on the attack of the Federal Reserve and its chairman, Jerome Powell, as well as oddly blaming the media for being in cahoots with Democrats to hurt the economy ahead of the 2020 election. As conditions worsened, Trump doubled-down on his trade war with China, claiming presidential power from a 1977 Act which was not meant to address trade disputes.

More than two dozen mass shooting were thwarted by law enforcement since the El Paso and Dayton shootings, yet Trump reversed himself on taking any action on gun control, and tweeted support of a white supremacist hate group at a rally in Portland. Trump’s paranoia, erratic behavior and authoritarian maneuvers seemed magnified by Congress being out of town for their long summer break. The narrative again this week was dominated by Trump and his never-ending series of shiny coins and not normal, authoritarian-like actions. 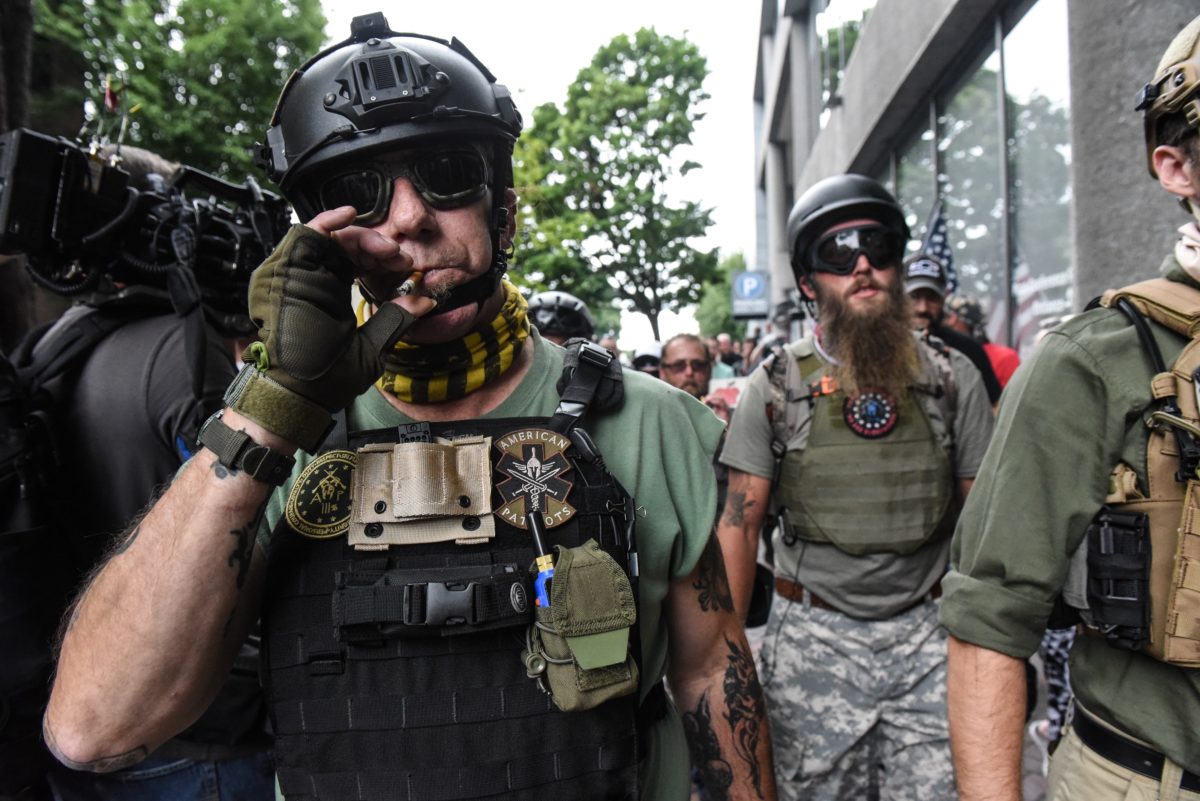 Counter-protesters chase a group of people called the Three Percenters during an alt-right rally on August 17, 2019 in Portland, Oregon. Anti-fascism demonstrators gathered to counter-protest a rally held by far-right, extremist groups.