This week Trump’s strange behavior towards Russia drew renewed concern as he advocated for adding Russia back at the Group of Seven summit in France, then held up military aid to Ukraine. A vacated seat unfilled by Trump at the Federal Elections Commission left the election watchdog group without a quorum ahead of the 2020 election, while voting irregularities were reported this week in Mississippi and Georgia.

Fresh signs of Trump’s authoritarian bent went unchecked, as reporting surfaced a loose network of his allies seeking to discredit journalists, and Trump offering pardons to aides if they break the law in fast-tracking his wall ahead of 2020. Concerns of a pending recession heightened, as Trump’s trade war with China continued to escalate, and for the first time while Trump has been in office, more Americans think the economy is getting worse than better.

This week there was public outcry as the regime continued to take steps to limit immigration, while troubling conditions at detention centers persisted, and the regime is considering DNA testing of migrants. As Hurricane Dorian headed towards Florida, for the second time in two weeks, Trump canceled a scheduled trip to visit European allies, supposedly to stay back and monitor the storm, but instead spent Saturday golfing. 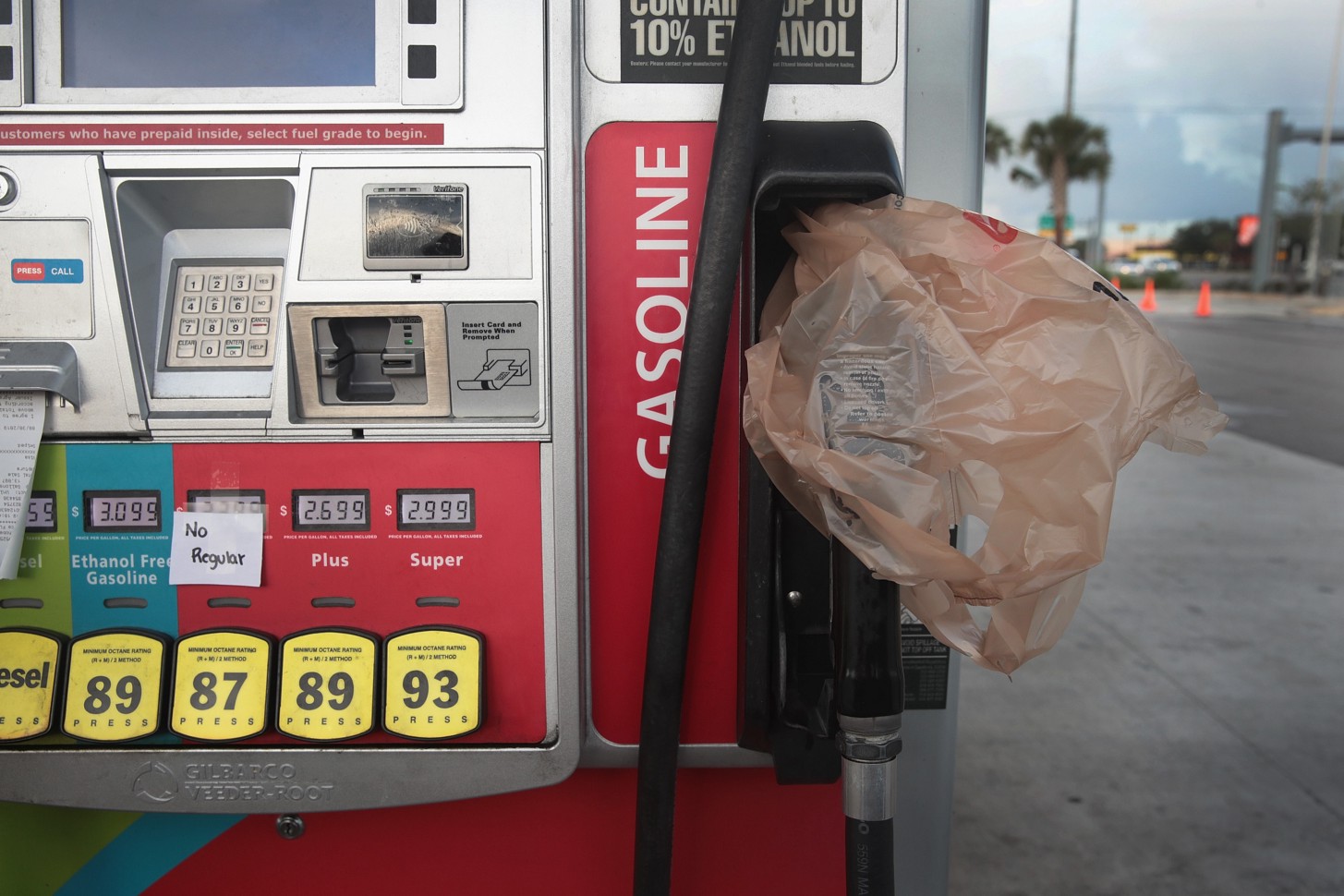 Bags over the handles of gas pumps signal to customers that the station has ran out of gas on August 31, 2019 in Fort Pierce, Florida. Gas stations throughout much of Florida have been running out of gas as the area prepares for the impact of Hurricane Dorian. Dorian, once expected to make landfall near Fort Pierce as a category 4 storm , is currently expected to turn north and stay off of the Florida coast, lessening the impact on the area.