This week is not the longest list with Congress out on summer break for the sixth and final week, but it is perhaps the most alarming in terms of the irreverent authoritarian actions by Trump, who continues to push boundaries having suffered no consequences for anything yet. Examples of his power base expanding were reported, including the Pentagon refusing to cooperate in a probe of spending at Trump’s Turnberry resort, the Justice Department filing a bogus anti-trust case against four auto companies cooperating with California to cut emissions, and the National Oceanic and Atmospheric Administration backing Trump over its own scientists. Even the Republican Party continues to fold to Trump, as four states canceled their GOP 2020 presidential primaries, while those unhappy with the tone or direction of the party continued to retire rather than speaking out. Trump is also ramping up attacks on the free press, journalists, and now, social media companies ahead of the 2020 election.

Reporting this week also signaled continued concern about Trump’s mental health, and he spent the week fixated on a false statement made Sunday about Alabama being in the path of Hurricane Dorian, and continued on the story until Friday. As the economy weakens, and having no real accomplishments over the summer, Trump was likened to a bull seeing red, and again spent the week as much of his summer striking out at familiar and random targets. Court filings this week indicated Trump has no plans to cooperate with House Democrats when they return next week. 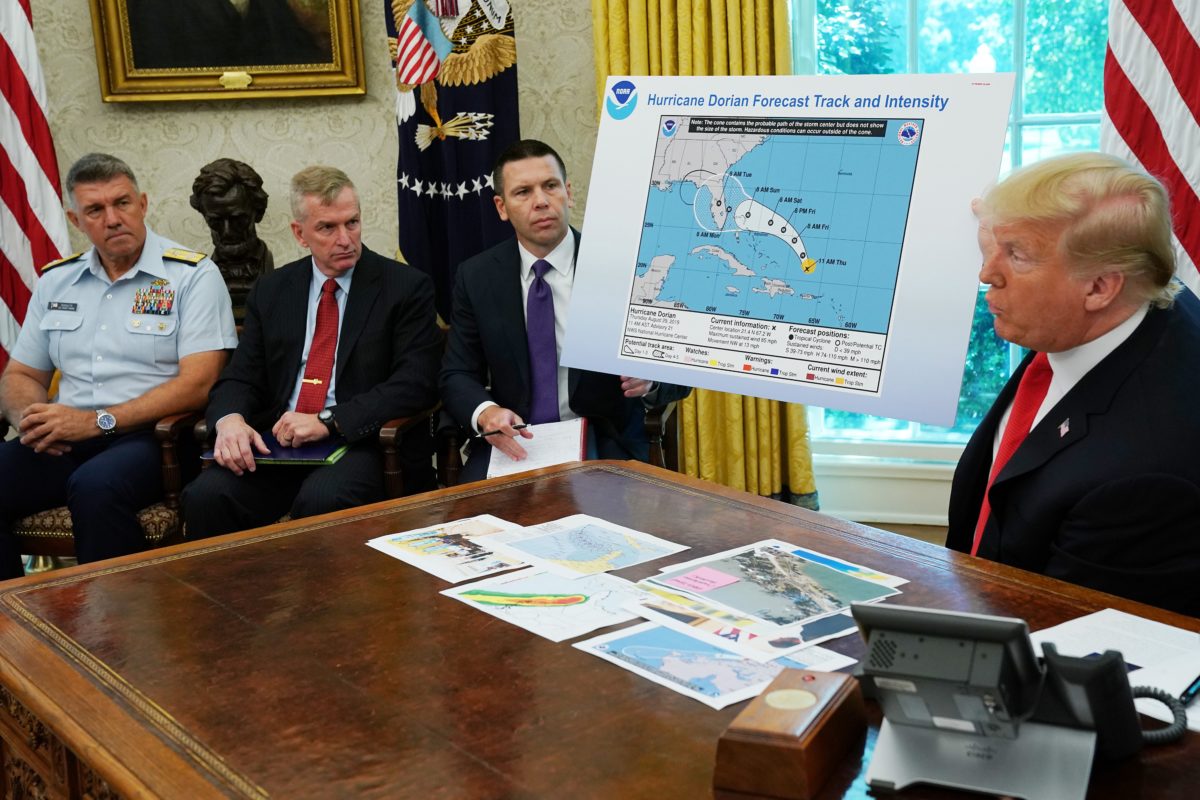 Trump references a map while talking to reporters following a briefing from officials about Hurricane Dorian in the Oval Office at the White House September 04, 2019 in Washington, DC. Trump was briefed by (L-R) U.S. Coast Guard Admiral Karl Schultz, Deputy Assistant to the President and Homeland Security and Counterterrorism Advisor Peter Brown and acting Homeland Security Secretary Kevin McAleenan.