As Congress returned to session, House Democrats had conflicting messages on impeachment. The Trump regime’s Justice Department seized on the divergence, saying lawmakers were not entitled to see the full Mueller report or grand jury information — the rationale used for seeking the documents. The emboldened regime also said it would pursue criminal charges against Trump opponent former FBI deputy director Andrew McCabe, and more stories emerged of the regime threatening agency officials in the National Oceanic and Atmosphere Administration. The Supreme Court again sided with Trump on an important anti-asylum decision, and Trump took new steps to roll back protections against the environment.

The Air Force said it would investigate crews’ stays at Trump’s property in Turnberry, Scotland, and almost 40 visits were identified. Meanwhile, Vice President Mike Pence and Secretary of State Mike Pompeo thumbed their noses at the emoluments clause, headlining events at Trump Hotel DC. A federal appeals court overturned a lower court ruling that will allow a Emoluments Clause lawsuit to proceed.

This week, Trump invited the Taliban to Camp David days before the anniversary of 9/11. The invitation was canceled and days later he fired his third national security advisor, giving him the highest turnover in presidential history of senior foreign policy advisors and NSAs. The Taliban visited Moscow later in the week. 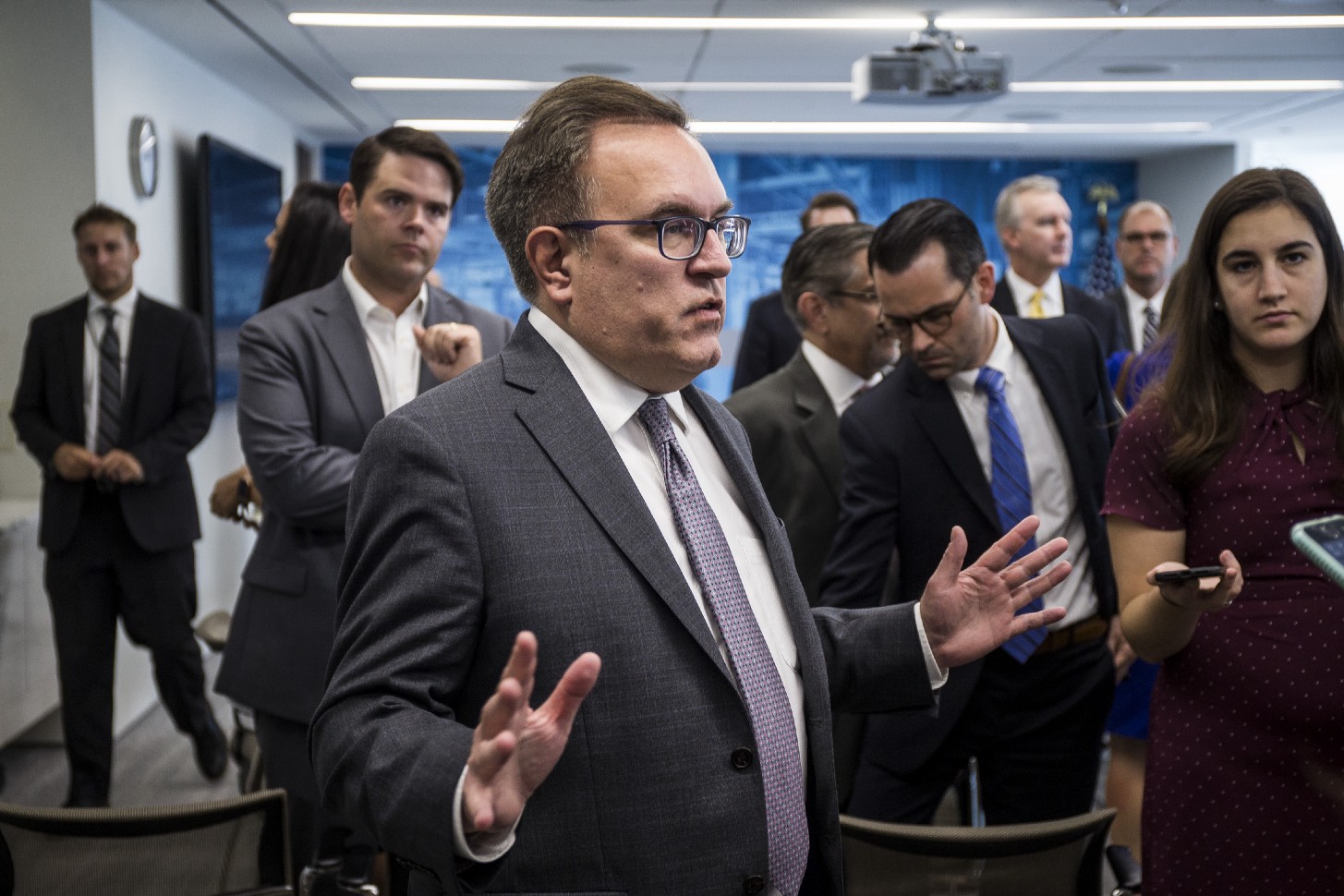 Environmental Protection Agency (EPA) Administrator Andrew Wheeler talks to members of the news media after a news conference announcing the repeal of landmark Obama-era clean water regulation at the headquarters of National Association of Manufacturers, an industry group that had opposed the Waters of the U.S. rule, September 12, 2019 in Washington, DC. The move rolls back the 2015 measure that placed limits on chemicals that could be used near rivers, streams, wetlands and other bodies of water that had stirred opposition from developers, farmers and oil and gas drillers.