This week, the contents of a whistleblower complaint were reported to be a conversation between Trump and the new Ukrainian president, in which Trump seemed to suggest withholding financial and military support from Ukraine if President Volodymyr Zelensky did not order an investigation of Trump’s 2020 political foe. Trump later in the week openly admitted to having made the request, and called it “appropriate,” instead blaming the “partisan” whistleblower and the media. Republicans stood behind Trump.

This week, the Trump White House continued to stonewall Congressional investigations, preventing two former aides from testifying before the House Judiciary Committee, and severely limiting what former campaign manager Corey Lewandowski could say. House Democrats continued to be disjointed on holding a formal impeachment inquiry, as Trump continued to flex and test his executive powers.

Amid continued worldwide protests, Russian President Vladimir Putin loosened his grip on power in city council election, and Israeli Prime Minister Benjamin Netanyahu fell short on securing a governing coalition. Trump sent additional troops to the Middle East at the request of Saudi Arabia and the United Arab Emirates after Iran allegedly bombed a Saudi oil field — and did so unilaterally, without involving Congress. 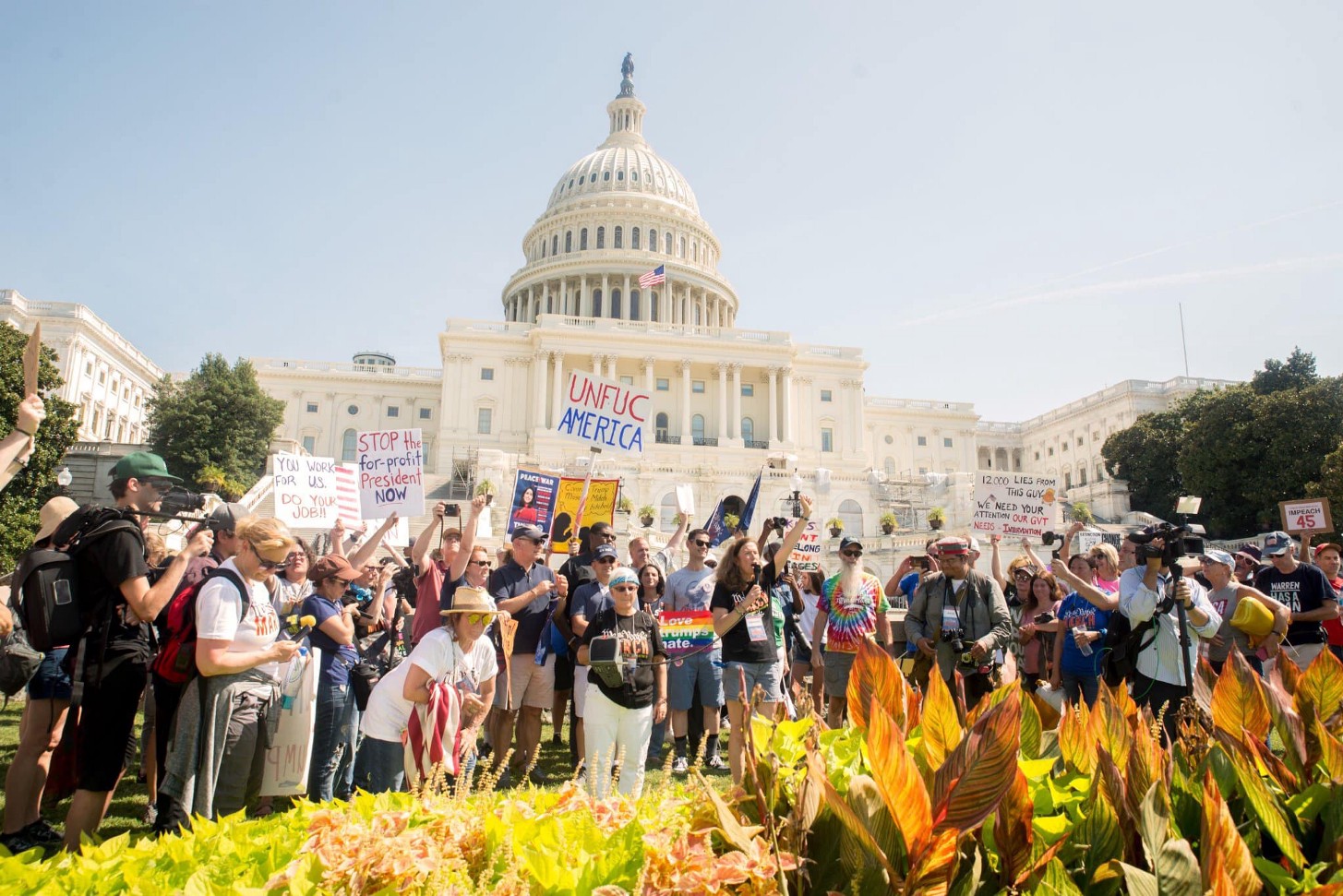 On Saturday, ten-thousand protestors gathered in Washington D.C. and at solidarity marches around the country as part of the “We the People March,” to remind Congress that they work for the people, and to demand that the Trump regime be held accountable.