This week Trump traveled to the U.K., where he was met with mass protests which he denied existed, then to his property in Ireland en route to the 75th anniversary of D-Day ceremony in Normandy, where he attacked Robert Mueller and Speaker Nancy Pelosi in an interview. In London, Trump and his children acted more as if a royal family than a head of state, and continued to intertwine their business dealings and the presidency.

Democrats in the House continue to clash over starting impeachment proceedings, as the Trump regime continued its stonewalling Congress for both witnesses and documentation related to the Mueller probe, the 2020 census citizenship question, and even the environment.

This week was notable for the escalation of broad-based attacks on women’s rights and protections, as an actress in “The Handmaid’s Tale” bemoaned how quickly the country is mirroring the fictional dystopian nation of Gilead. Conditions for migrants at the border worsened, with more deaths and army and oil-field worker facilities being requisitioned to house migrant children. 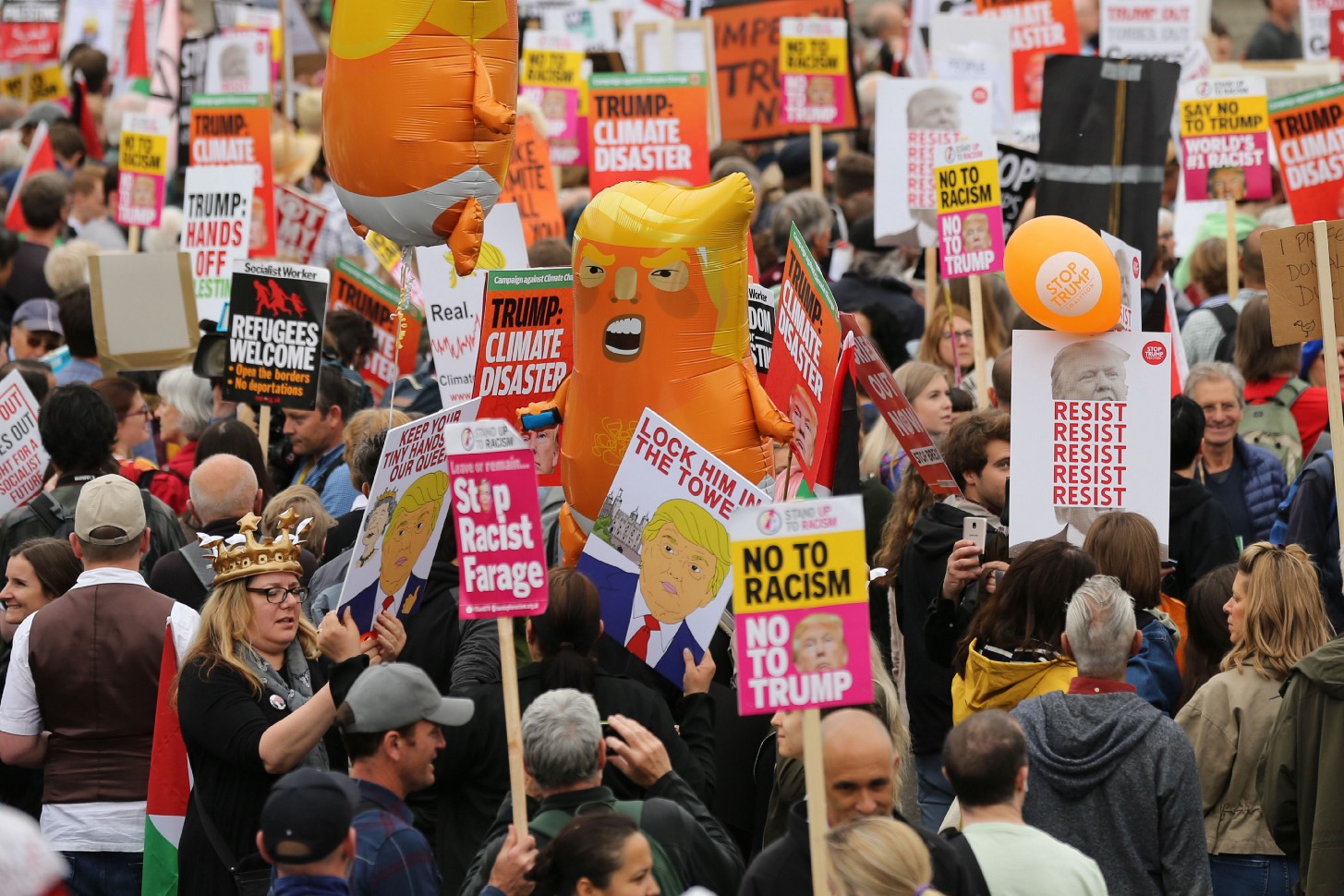 Anti-Trump protesters hold placards and balloons depicting US President Donald Trump as an orange baby as they gather in Trafalgar Square during a demonstration against the US State Visit in central London on June 4, 2019 the second day of the visit. — Trump turns from pomp and ceremony to politics and business on Tuesday as he meets Prime Minister Theresa May on the second day of a state visit expected to be accompanied by mass protests.