This week in an interview with ABC News, Trump suggested he would take damaging information from foreign governments on political adversaries without reporting it to the FBI, setting off alarm bells. The Chair of the Federal Elections Commissions took the unusual step of issuing a public statement reminding campaigns that taking foreign assistance is illegal. Nonetheless, Trump allies largely defended his statement, and continued to block measures to protect the 2020 election.

As this played out on a chaotic Thursday, press secretary Sarah Sanders, one of the few remaining members of the original regime, resigned. Also this week, watchdog Office of Special Counsel recommended the removal of White House counselor Kellyanne Conway, saying she had repeatedly violated the Hatch Act — an unprecedented recommendation.

Trump sparred with the media over reporting on his supposed trade deal with Mexico, while conditions at the southern border continued to deteriorate. Notably, Trump has been linking economic and national security in his recent actions, allowing him to invoke Cold War era acts and bypass Congressional approval. The House voted on a resolution opening the door to contempt of Congress charges for members of the regime. 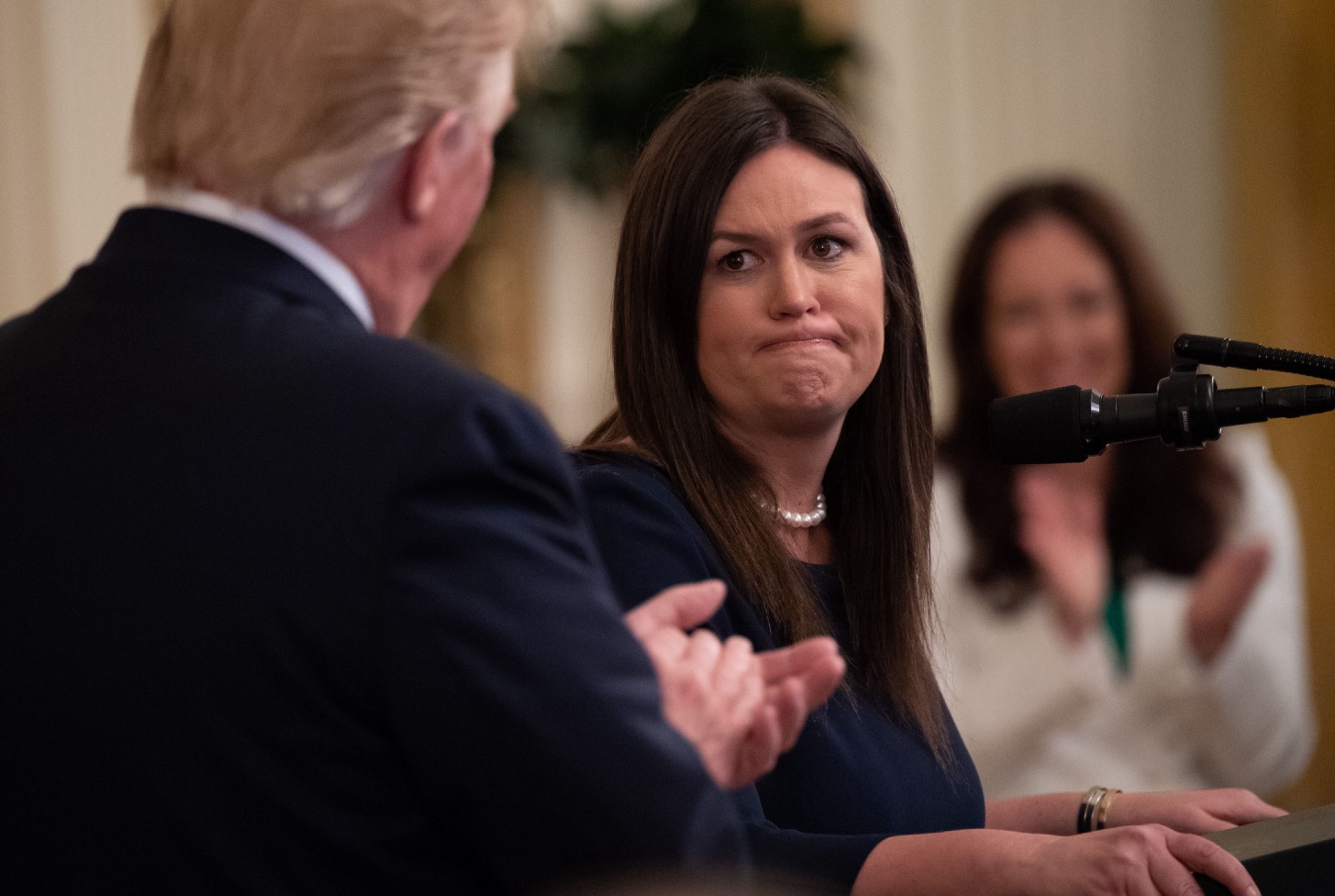 Outgoing White House Press Secretary Sarah Huckabee Sanders speaks alongside Trump during a second chance hiring and criminal justice reform event in the East Room of the White House in Washington, DC, June 13, 2019. Trump on Thursday made the surprise announcement of the departure of spokeswoman Sarah Sanders, who has been widely criticized for her performance in the White House.