This week, special counsel Robert Mueller addressed the nation for the first time since the start of his investigation. Notably, Mueller said, “If we had had confidence that the president clearly did not commit a crime, we would have said so,” contradicting Attorney General William Barr’s statements, and Trump’s repeated proclamations of “no obstruction.” Mueller resigned and closed the special counsel office, and seemed to pass the ball to Congress on whether to pursue charges against Trump. Speaker Nancy Pelosi demurred, but pressure built this week after Mueller’s appearance with 55 members of Congress backing an impeachment inquiry, up from 31 last week, including 13 of the 24 House Judiciary Committee members.

Trump exploded after Mueller’s appearance, seeking to discredit him and the investigation. Later, he shifted the narrative by starting a trade war with Mexico, invoking a decades old act to empower himself to impose tariffs over a so-called “national emergency” at our southern border. As the week came to a close, Trump’s Department of Justice thumbed its nose at a court order to produce documents related to Michael Flynn. The regime has now usurped both the legislative and judicial branch — seizing and consolidating power with increasingly authoritarian actions. Adding to the authoritarian feel were the continued attacks on the rights of marginalized communities and women, the stripping of protections for the environment, and a shocking discovery this week related to the 2020 census citizenship question. And yet, there has been no accountability or consequences for Trump, his family, and the remaining members of the regime. 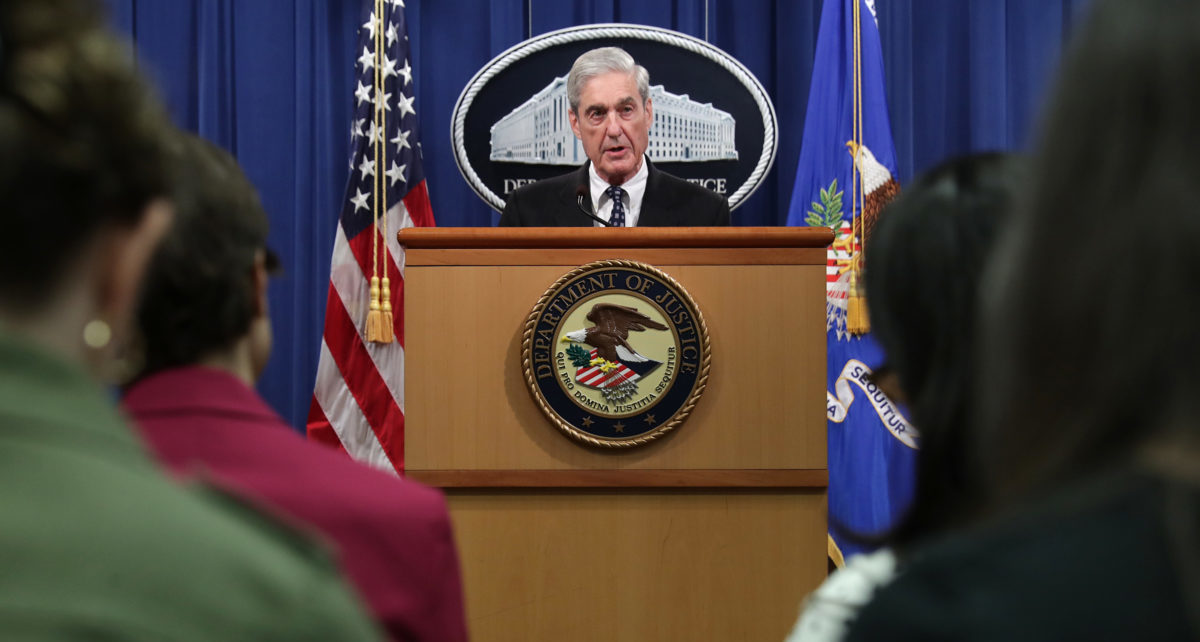 Special Counsel Robert Mueller makes a statement about the Russia investigation in his first public appearance on May 29, 2019 at the Justice Department in Washington, DC.
« Week 132
Week 134 »
Share This