This week was dominated by news of the Mueller report, which was delivered to Attorney General William Barr last Friday, but has yet to be given to Congress or the American people. On Sunday, AG Barr sent a four-page letter to Congress, which he characterized as a “summary” of the Mueller report, but later in the week, in a second letter, wrote it “did not purport to be, an exhaustive recounting of the Special Counsel’s investigation or report” which was revealed to be nearly 400 pages long.

Barr’s Sunday letter said that Mueller did not find evidence Trump or his campaign knowingly colluded with Russia, but on obstruction of justice charges, Mueller did not render an opinion. Barr and deputy attorney general Rod Rosenstein however concluded not to proceed with criminal charges, and Trump instantly weaponized the information to falsely claim he was fully exonerated, and pivot to attacking Democrats and the media, with the help of his allies. The media was caught on its heels, as some of the initial reporting incorrectly cited the Mueller report, including the front page of Monday’s New York Times. Trump aides who had been jailed or investigated by Mueller’s team were given media opportunities to declare themselves as victims of an overaggressive prosecutor. By Friday, bowing to public pressure, Barr in a second letter said he would release a redacted version of the Mueller report by mid-April or sooner.

As Trump took his victory lap, the Justice Department, on his orders, argued to a federal appeals court that the Affordable Care Act should be invalidated. Trump also sought to end most aid to Puerto Rico, as the Pentagon notified Congress the first $1 billion was being allocated to his wall. With the economy continuing to weaken, Trump refreshed his attacks on the Federal Reserve, as his pick Stephen Moore came under increasing criticism. At week’s end photos emerged of hundreds of migrants being held in inhumane conditions under a bridge in El Paso due to overcrowding at facilities. Trump blamed Central American countries and, by Saturday, said he would cut off U.S. aid to El Salvador, Honduras, and Guatemala.

THE LIST — weeks 1–52 of The Weekly List is out as a book! You can order your copy by clicking here 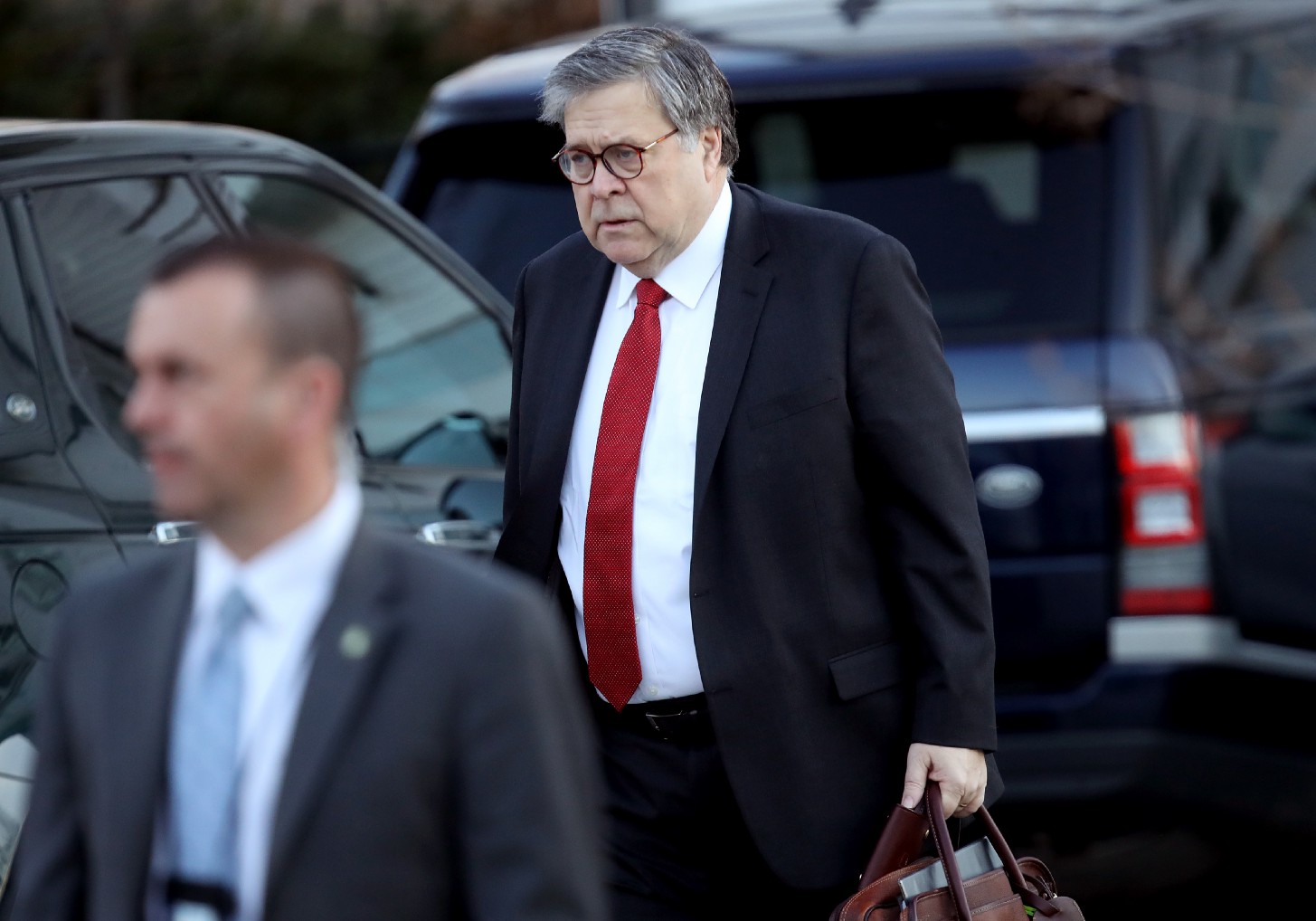 Attorney General William Barr departs his home March 26, 2019 in McLean, Virginia. Democratic members of the Congress have urged Barr to release the full text of Special Counsel Robert Mueller’s investigation into Russian interference in the 2016 presidential election and possible obstruction of justice charges against Trump.