This week started with maniacal tweeting by Trump: more than 50 tweets over the weekend on a variety of unrelated topics, including multiple retweets of conspiracy theorists. The week’s news was overshadowed by Trump’s daily attacks against deceased Senator John McCain and George Conway, husband of senior White House adviser Kellyanne Conway. The off-kilter — even by his standards — behavior by Trump seemed foreboding, and sure enough, on Friday, Mueller’s final report was delivered to Attorney General William Barr.

Among the subjects of his ire on Twitter this week, Trump continued to focus on alleged and unsubstantiated bias of social media companies, as his ally Rep. Devin Nunes filed a $250 million defamation lawsuit against Twitter and three Twitter accounts. Congressional probes moved ahead, including new revelations that Jared Kushner used WhatsApp to communicate on official White House business, including with foreign officials, and in possible violations of the Presidential Records Act — as did Ivanka Trump for White House business with her use of a personal email account. Meanwhile the White House refused to cooperate with Congressional document requests, as Rep. Elijah Cummings accused them of “stonewalling.”

As the week came to a close, the country waited on edge for the findings from the Mueller report, and Democrats agitated for the full report to be made public. Unlike the prior weekend’s flurry, Trump did not send a single tweet or provide any comment to reporters after the report was delivered to the AG. 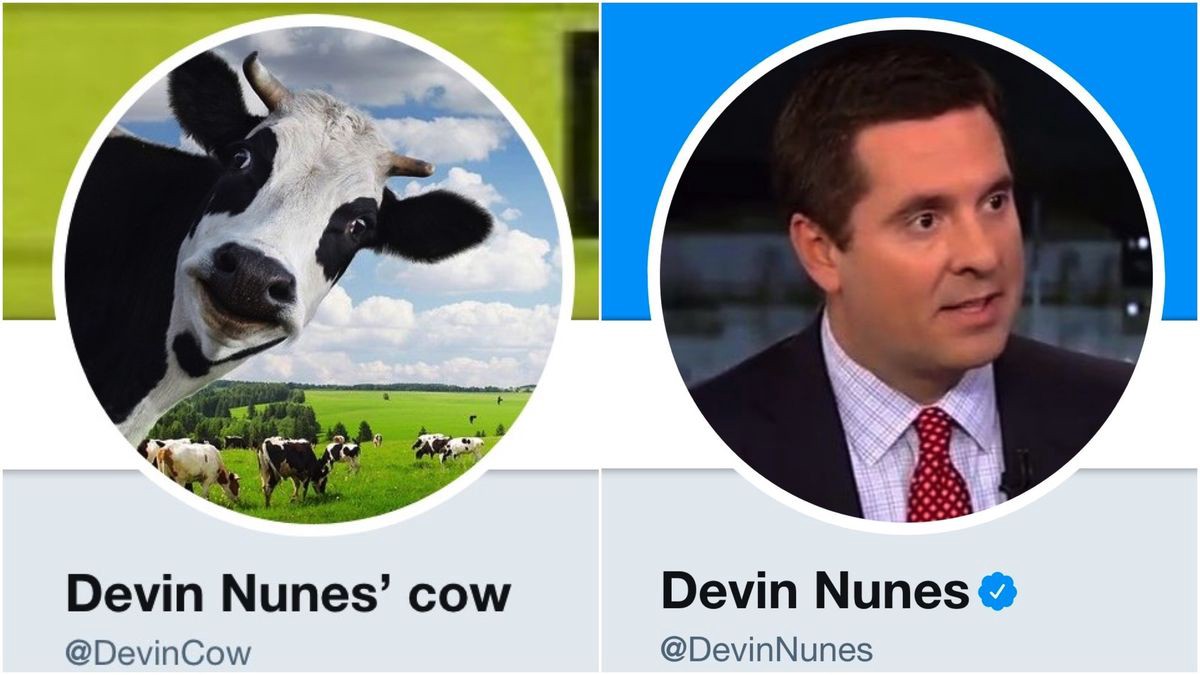 Left, the Twitter feed @DevinCow, or “Devin Nunes’ cow,” which mercilessly mocked Rep. Devin Nunes of California this week. At right, his real twitter account. On Wednesday, Nunes filed a defamation lawsuit against the cow, and Twitter, in a Virginia court.