In New Zealand, 49 people were murdered while worshipping at two mosques in Christchurch in what Prime Minister Jacinda Ardern called “an extraordinary and unprecedented act of violence.” In his manifesto, the killer parroted several Trump terms, and wrote he saw Trump as a symbol “of renewed white identity and common purpose.” Trump tried to distance himself and the uprise of white nationalism from blame for the massacre.

This week Paul Manafort got his second sentence, and as Trump continued to hint at a pardon, Manhattan District Attorney Cyrus Vance filed separate charges, out of the purview of a Trump pardon. New York Attorney General Letitia James opened an investigation into Trump’s financing for projects, and subpoenaed Deutsche Bank, raising Trump’s ire. Several Congressional investigations also progressed this week, as the country awaits the findings of the Mueller probe. 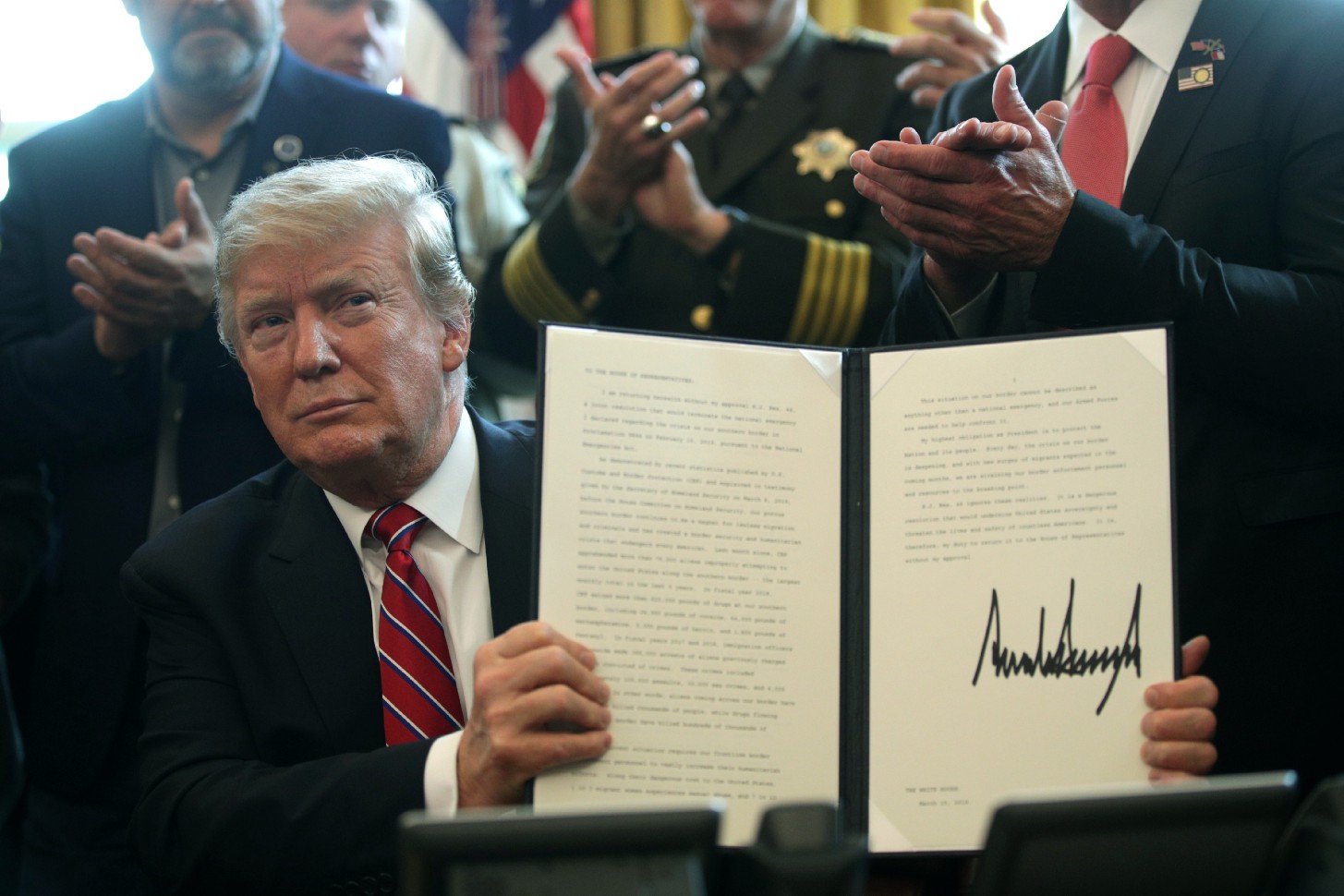 Trump holds an executive veto, his first, in the Oval Office of the White House March 15, 2019 in Washington, DC. President Trump vetoed the congressional resolution that blocks his national emergency declaration on the southern border.