This week, two weeks after Mueller had sent his final report to Attorney General William Barr, members of the special counsel anonymously broke their silence, indicating to the Times and the Post that their findings were more troubling than Barr’s letter had indicated. Meanwhile Trump changed his position on public release of the report, as he and his surrogates went into attack mode against the Democrats and Mueller’s team.

Republicans rebuked Trump this week, failing to stand with him on his threat to close the U.S.-Mexico border and to come up with an alternative to Obamacare ahead of the 2020 election. The House joined the Senate, voting to end U.S. involvement in Yemen, marking the first time both chambers of Congress have voted to invoke the war-powers resolution to end U.S. military engagement in a foreign conflict. 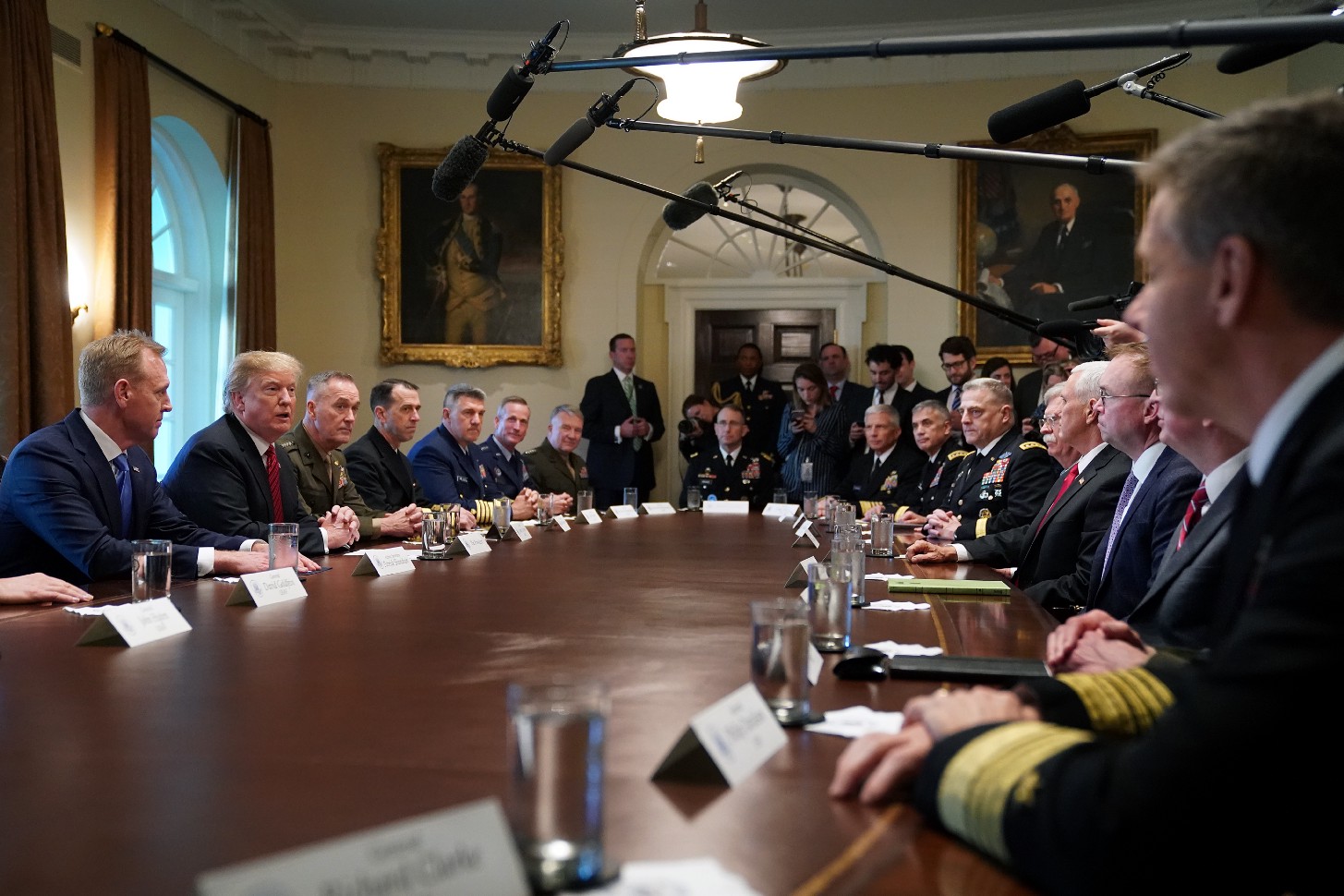 Trump talks to reporters during a briefing with military leaders and others in the Cabinet Room at the White House April 03, 2019. Notably, there was not a single woman or person of color at the table.