This week, Trump’s frustration with migrants coming to the southern border boiled over, as he purged the Department of Homeland Security, and empowered immigrant hardliner Stephen Miller to be in charge of the regime’s immigration policy. As the week ended, 12 of the 30 senior roles at DHS were either vacant or filled with “acting” leaders. Departures of senior officials at the cabinet level and below are at record levels. Meanwhile, Trump continues to consolidate power, act unilaterally, and welcome the “flexibility” of using “acting” directors whom he can hire and fire at will — without needing the oversight of the Senate to confirm them.

Troubling reporting this week indicated Trump instructed his incoming Secretary of DHS to break the law, assuring him he would be pardoned. Reporting also indicated Trump and Miller had contemplated releasing migrant detainees into sanctuary cities as a means to punish political enemies. When confronted with the story, the White House pushed back, only to have Trump say indeed that was his plan. Trump also looked for ways to increasingly use military troops at the border, including in ways that violate the law.

Attorney General William Barr delivered concerning Congressional testimony, refusing to answer if he has briefed the White House on the Mueller probe, and said he believed “spying” by the FBI on the Trump campaign did occur. Trump seized on Barr’s words to claim he was a victim of an “attempted coup,” and continued this week to discredit Mueller and his team. Three weeks after Mueller delivered his report to Barr, it has yet to be released to Congress or the American people. 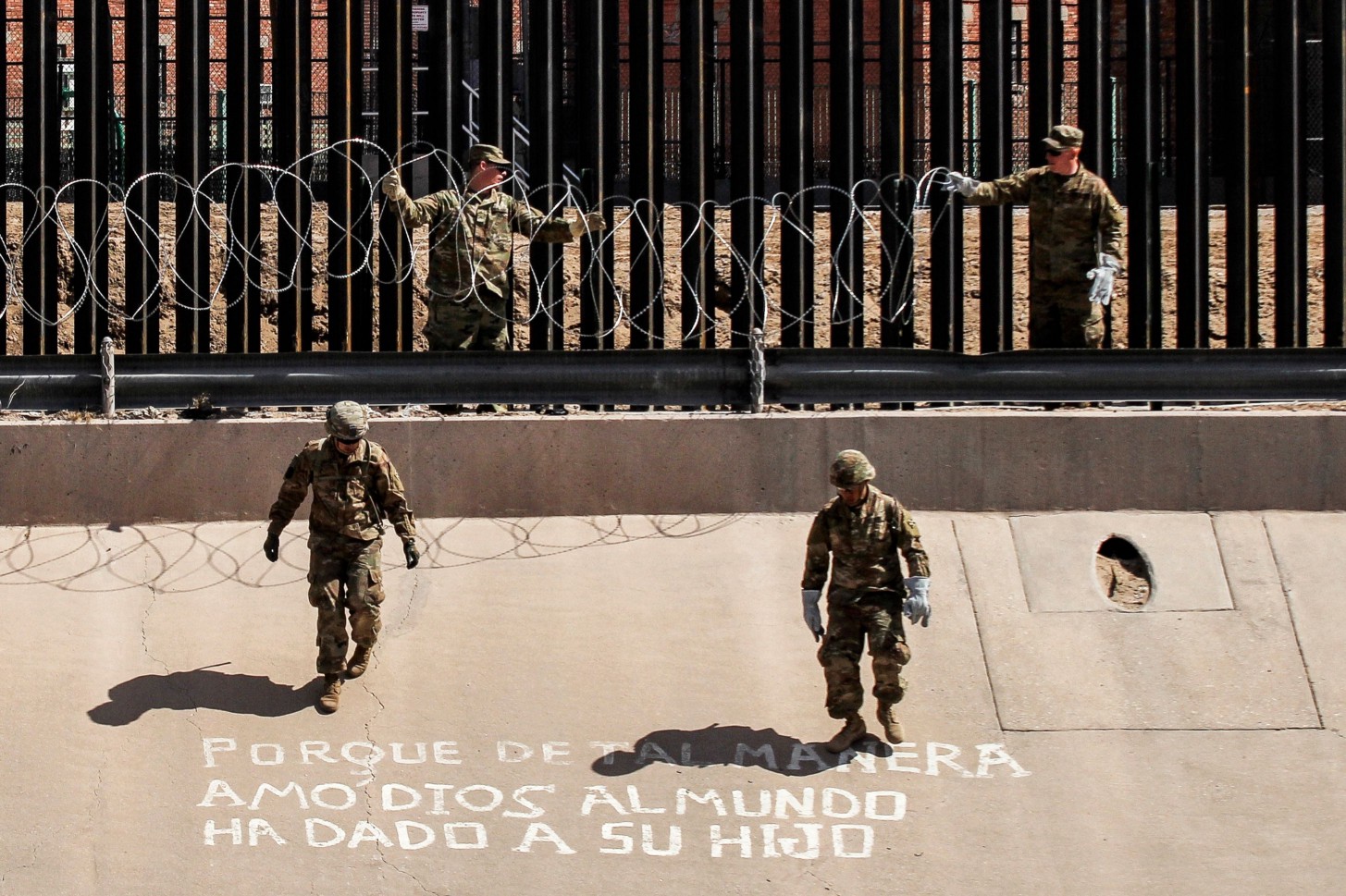 U.S. soldiers install barb wire by the US-Mexico border fence reading ‘Because in such way God has loved the world he has given his son’ in El Paso, Texas state, US, as seen from Ciudad Juarez, Chihuahua state, Mexico.
« Week 125
Week 127 »
Share This