This week Attorney General William Barr publicly released a redacted version of the Special Counsel Robert Mueller’s report, almost a month after he delivered it to Barr. The redacted report differed substantially from Barr’s March 24 letter, as well as from statements delivered by Barr at a press conference hours before the report’s release — casting Barr more as a defense attorney for Trump than an attorney general. Concerns grew further when it was revealed Trump’s White House attorneys had previewed the report in consultation with the Justice Department days earlier.

On Thursday, as the redacted report was released, Trump, who had expressed no interest in reading the report, seemed confident he had turned the corner and was in the clear. As the press and public finally dug into the contents of the redacted report and statements by current and former White House official witnesses, by Friday, Trump shifted back to anger and attack mode, starting by retaliating against former White House counsel Don McGahn. After reading the report, Senator Elizabeth Warren became the first 2020 contender to call for impeachment hearings.

Trump’s attorneys continued to stonewall and seek to block requests from House Democrats for information, alarming even Senate Republicans who this week spoke out on his empowering his office at the expense of Congress. Republicans also for the first time publicly spoke out on Trump’s reliance on acting secretaries, with the regime shrinking, and power increasingly consolidating to Trump, his family, and a few trusted aides’ hands. 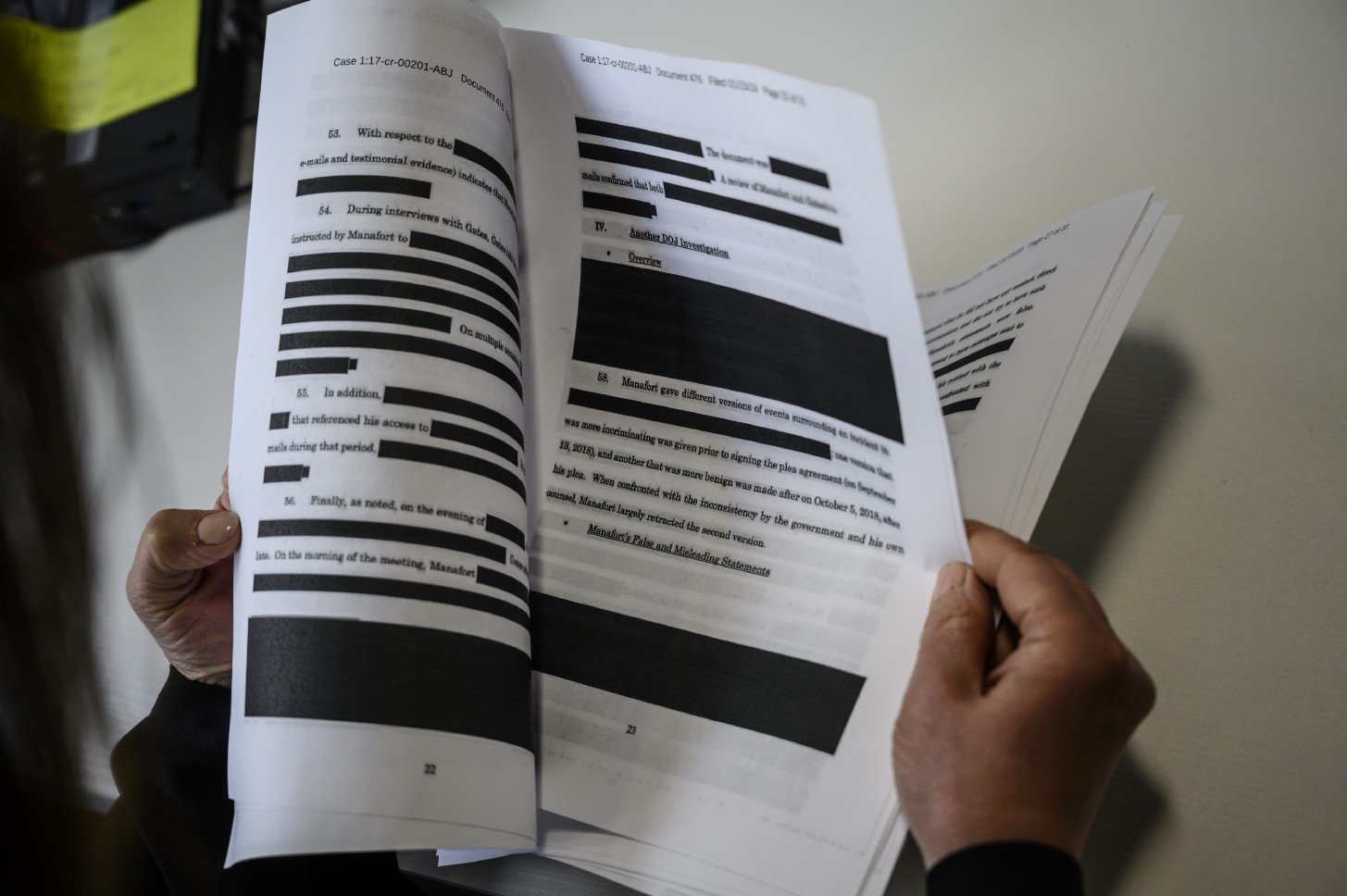 A journalist reads a redacted court filing from the Special Counsel Robert Mueller in the Paul Manafort case. The final report from Mueller’s Russia investigation released on April 18, 2019 left much of the public unsatisfied because it was heavily redacted, stripped of significant evidence and testimony that the investigators gathered.