Increasingly, Trump stands alone. The generals are gone, much of his experienced and competent senior staffers have resigned or been fired. This week, in a tantrum over his decision to shut down the government, Trump stewed and tweeted and blamed and attacked from the White House, while the rest of Congress was home for the Christmas holiday. At one point on Christmas Eve day, as the stock market was plummeting, Trump bemoaned his self-imposed status, tweeting, “I am all alone (poor me) in the White House.” Presidential historian Douglas Brinkley called it, “a sad and pathetic moment.” As the week came to a close, Trump again complained: “I am in the White House waiting for the Democrats.”

This week the stock market continued wild gyrations, as Trump again publicly lashed out at his Federal Reserve Chair, and privately threatened to fire his Treasury Secretary. Parts of the government were shuttered during the holiday week, and the effects of the shutdown started to be felt. Trump took a surprise visit — his first — to a combat zone, but even that backfired and led to further criticism as he held a campaign rally-style event with U.S. troops at a military base in Iraq, and continued his partisan criticisms of Democrats and demagoguery about his wall and the shutdown while abroad. Iraqi politicians denounced Trump’s visit and demanded U.S. troops leave their country.=

This week the crisis at our southern border intensified as a second child died in Border Patrol custody, and more than 1,600 migrants were dropped off without warning over the holidays at a Greyhound bus stop in El Paso. Incoming House Democrats promised to hold hearings on the treatment of migrants when they take control of committees, and incoming House Speaker Nancy Pelosi hired a distinguished former Department of Justice official as the new General Counsel of the House, as talks of investigations and impeachment continued. 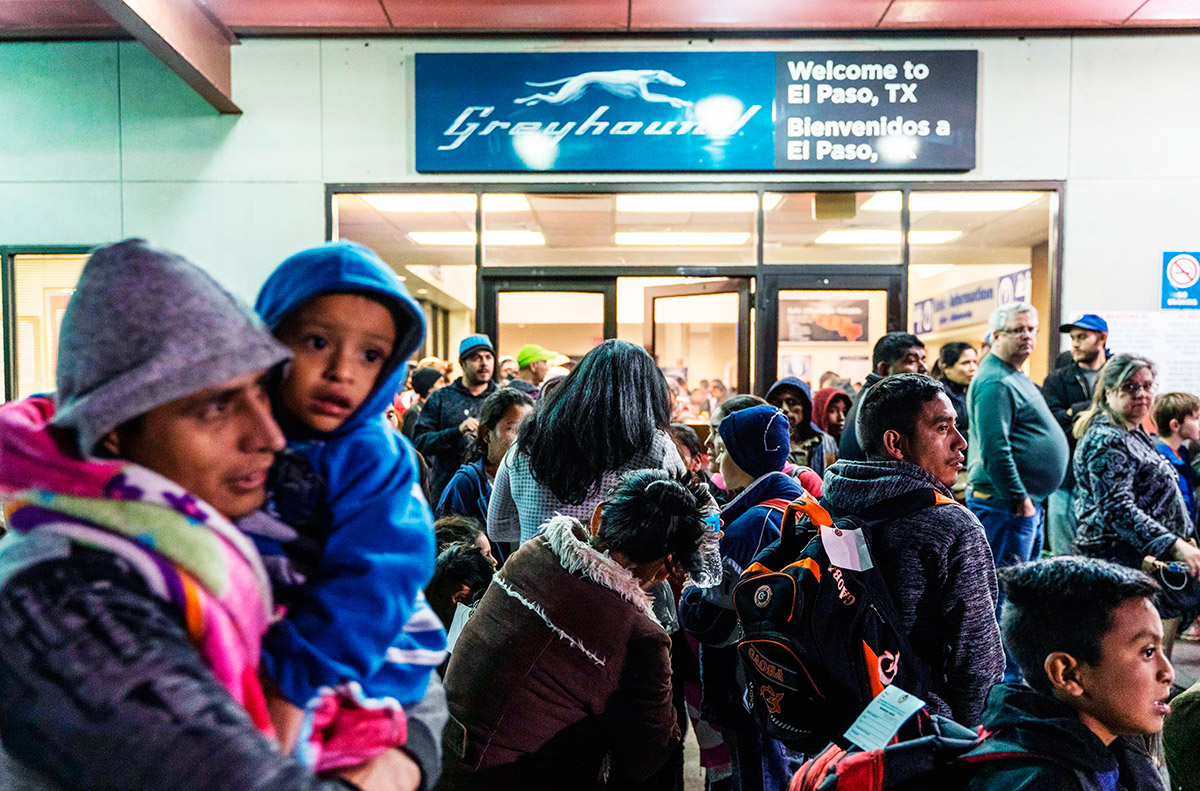 Asylum seekers stand at a bus stop after they were dropped off by Immigration and Customs Enforcement (ICE) at the Greyhound bus station in downtown El Paso, Texas late on December 23, 2018. — The group of around 200, mostly made up of Central Americans, were left without money, food and means of communication. Volunteers from Annunciation house and other local churches came to aid and find a place to house them for the night.