This week Defense Secretary Jim Mattis, thought to be one of the sane and sober voices remaining in the regime, resigned in a public letter rebuking Trump’s treatment of allies and deference to authoritarians. Trump’s abrupt withdrawal of U.S. troops from Syria was the last straw for Mattis, a decision reportedly made on a call with Turkish President Recep Tayyip Erdogan the week before. Mattis’ departure elicited bipartisan concern, and placed the country on edge.

This week Trump’s beloved stock market continued to crater, as the markets entered a correction period with Dow Jones Industrial Average’s worst weekly performance in 10 years, and on track for the worst December since the Great Depression. By the week’s end, Trump was privately agitating about firing Federal Reserve Chair Jerome Powell, in what would be an unprecedented act.

In the final week Congress was in session ahead of the holidays, Trump abruptly changed his position on funding for his wall, bowing to pressure from the likes of commentator Ann Coulter and radio host Rush Limbaugh, precipitating a government shutdown Friday at midnight — the third this year, even as Republicans control the House, Senate, and White House.

Investigations under the Mueller probe and other jurisdictions progressed this week, as every part of Trump’s life is now under investigation. In a remarkable hearing, Judge Emmet Sullivan delayed sentencing for Michael Flynn, after castigating him for his role in working against U.S. interests. A pair of shocking reports made public by the Senate Intelligence Committee detailed Russia’s extensive interfering in the 2016 election in support of Trump, and another report by the Director of National Intelligence Dan Coats indicated Russia was at it again in the 2018 midterms. 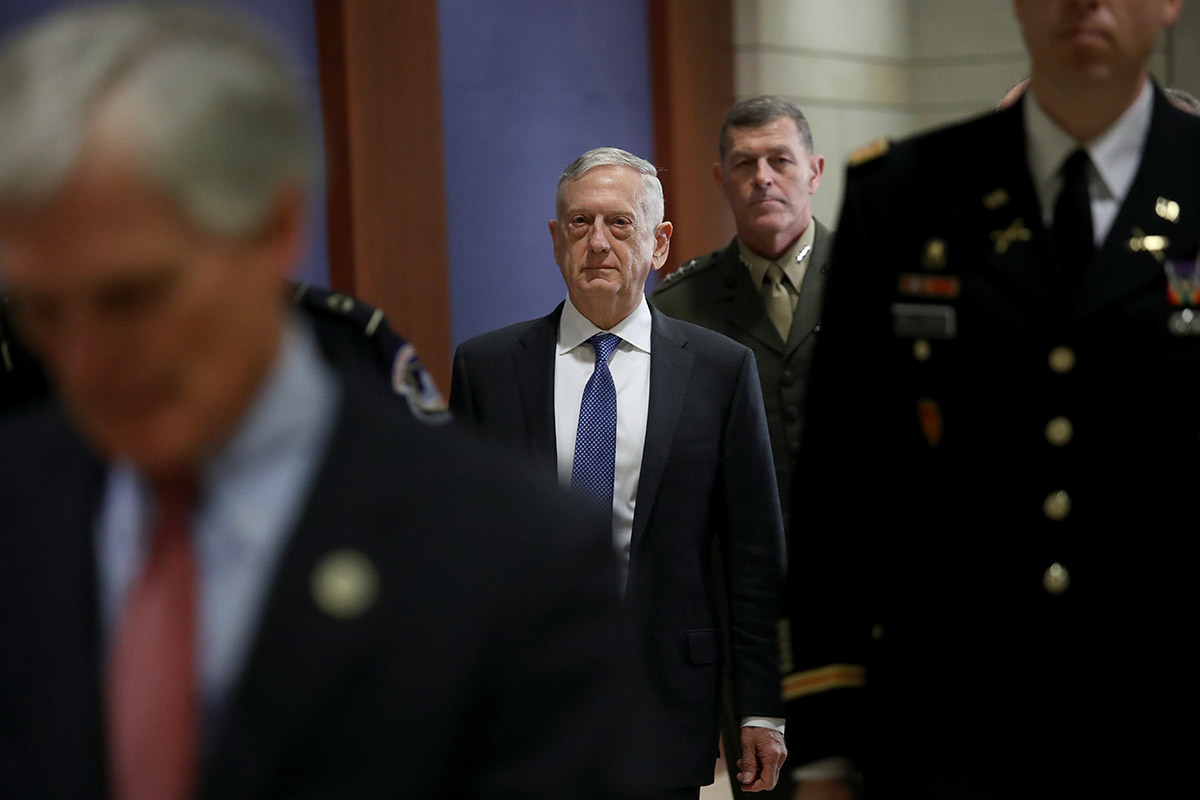 Secretary of Defense Jim Mattis arrives for a closed intelligence briefing at the U.S. Capitol with members of the House of Representatives December 13, 2018 in Washington, DC. Mattis and U.S. Secretary of State Mike Pompeo briefed House members on the death of Jamal Khashoggi. This week, Mattis resigned in a letter widely viewed as a sharp rebuke of Trump and his foreign policy.