In normal times, after shootings and assassination attempts, our country would expect our head of state to calm things and seek unity. Instead, this week Trump did the exact opposite, fanning the flames of hate with a manufactured crisis to gin up his base ahead of midterms. Trump announced he will send an additional 5,200 troops to the U.S.-Mexico border, then upped it to 15,000, despite the migrants being weeks away and possibly never arriving. He and his allies and conservative media branded the migrants as carrying diseases, and being MS-13 gang members, child molesters, and violent young men.

Trump continues to ramp up his pace of lies, now averaging 30 false or misleading statement per day, and admitting in an interview with ABC News, “When I can, I tell the truth.” Trump continued to attack his political opponents and blame the media — which again this week he called the “enemy of the people” — for the growing violence, divisions, and unrest in our country. With the exception of House Speaker Paul Ryan speaking out one time, the Republicans have been silent, refusing to criticize Trump or ask him to tone down his rhetoric. And at a time of increasing domestic terrorism and uprise of white supremacists, this week Trump cut funding to an Obama-era program to fight violent extremism.

As midterms approach, early voting indicates voter enthusiasm not seen in decades, including a huge surge in young voters in some states. 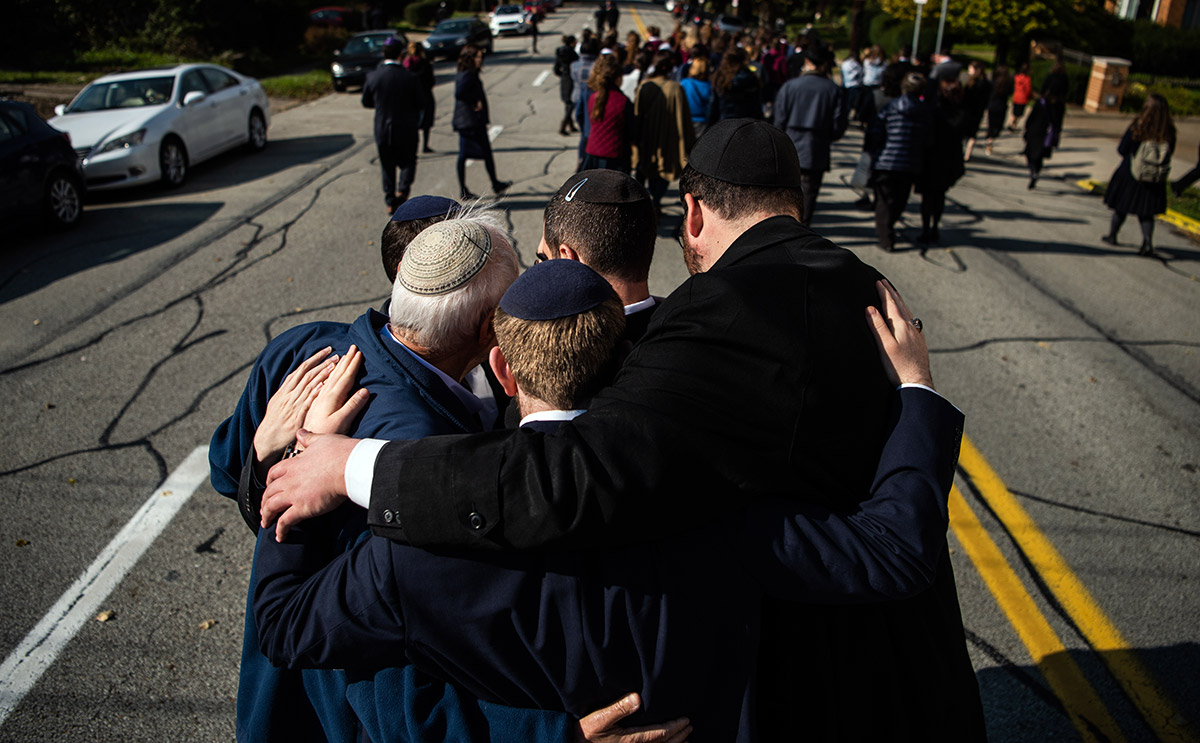 Mourners embrace during a processional outside of Congregation Beth Shalom for the funeral of Joyce Fienberg who was killed at the mass shooting at the Tree of Life Synagogue on Wednesday, October 31, 2018, in Pittsburgh, PA.