This was all predictable. The descent to authoritarianism follows a predictable path in history. Masha Gessen, one of the “experts in authoritarianism” I read before starting the project of making the weekly list, wrote this in a New York Review of Books article on November 10, 2016, “There is little doubt that Trump will appoint someone who will cause the Court to veer to the right; there is also the risk that it might be someone who will wreak havoc with the very culture of the high court.” Prescient indeed.

This week, veering off norm after norm, and stoking a culture war between #MeToo and his newly coined #HeToo movement, Trump, with the help of Sen. Mitch McConnell plowed through to confirm Brett Kavanaugh, Trump’s second Supreme Court nominee. Kavanaugh’s 50–48 confirmation vote margin was the lowest since Stanley Matthews’ 24–23 vote in 1881. Bookending Gessen’s piece, this week in the New York Review of Books Christopher Browning, in a piece titled “The Suffocation of Democracy,” compares McConnell to Hitler-era German President Paul von Hindenburg — both of whom he refers to as “gravediggers” of democracy.

Meanwhile, the acts of hatred against “the others” continued this week. Trump again beat the familiar drum of white men as victims, this time at the hands of women who dare to find their voices. A bombshell article by the NYTrevealed the lie behind Trump’s campaign image of a self-made billionaire; reporters found his fortune was largely handed down by his father, much of it in a fraudulent manner. 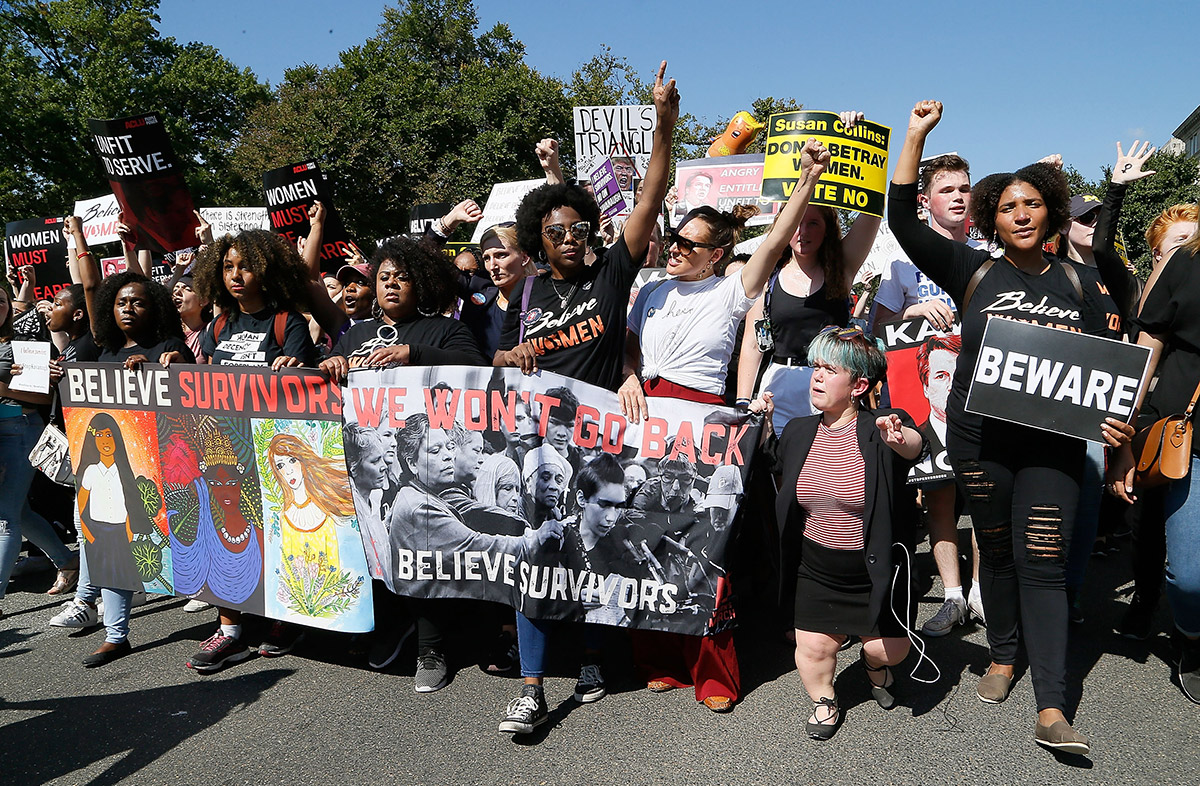 Demonstrators march toward the Supreme Court during the Brett Kavanaugh U.S. Supreme Court Confirmation Protest on October 4, 2018, in Washington, DC.