This week as Republicans celebrated the confirmation of Supreme Court Justice Brett Kavanaugh, polling told a different story: more Americans disapprove of the confirmation, are concerned about Kavanaugh politicizing the court and believe there should be further Congressional investigation. Under Mitch McConnell’s Senate leadership, a record number of Trump judicial nominees have been pushed through, including restacking 15 percent of circuit court judges.

In the final weeks before midterms, Democrats poured record donations to House candidates, and Beto O’Rourke, the Senate candidate from Texas, pulled in a record-smashing haul of $38.1 million for the last quarter. Republicans sought to counter Democrats’ enthusiasm by riling their base by vilifying the left as paid protestors or a “mob” that threatens violence against the right. These tactics serve as an acknowledgment that traditional issues like tax cuts and the economy no longer excite the Republican base.

The disappearance and likely death of WAPO contributor Jamal Khashoggi, allegedly at the hands of the Saudi crown prince, along with the vicious murder of popular Bulgarian journalist Victoria Marinova — both government critics — drew international attention to the threat to human rights and the free press. Trump tried to side-step U.S. involvement, while sharpening his attacks on his Democratic rivals as scary, bad, evil, radical, and dangerous — and billing himself as the only one who can save his base from disaster.

After U.S. ambassador to the United Nations Nikki Haley became the latest on the growing list of senior official departures, Trump flirted with the idea of elevating Ivanka Trump to the position, repeatedly. For the first time since taking office, Trump’s campaign rallies no longer garnered live broadcast on Fox News, indicating a falloff in ratings. 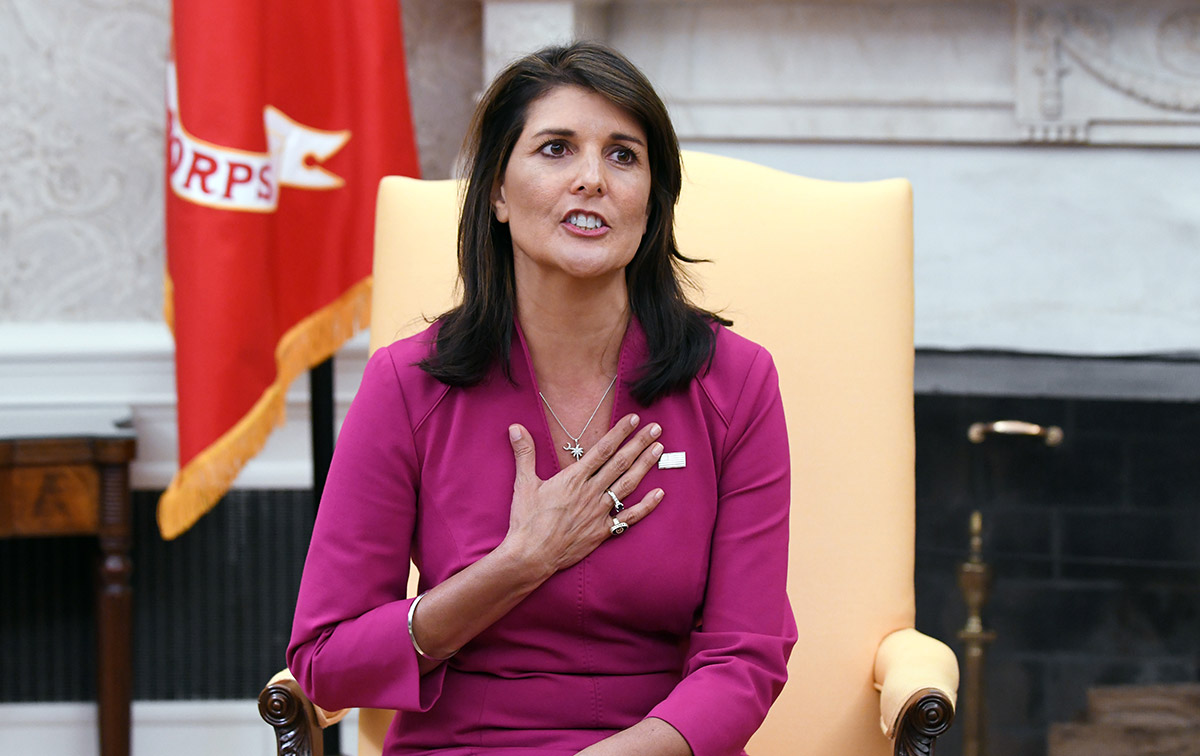