This week the news was dominated by accusations of sexual assault against Trump’s nominee for Supreme Court, Brett Kavanaugh, as the accuser, Dr. Christine Blasey Ford came forward. Trump restrained himself from attacking Dr. Ford until Friday, but Republican senators and GOP operatives were out in full force all week.  Senate Judiciary Committee member Orrin Hatch called Dr. Ford, “mixed up,” while conservative legal commentator Ed Whalen tried to pin the blame for the assault on Kavanaugh’s classmate. Meanwhile, Republicans sought to temper comparisons to the Anita Hill hearings with midterms approaching, amid concerns about the party’s declining standing with suburban women voters.

The Mueller probe continues to move ahead, as this week we learned Michael Cohen is cooperating, along with Paul Manafort. Trump took unprecedented steps in an effort to undermine the FBI and the Mueller probe by ordering the declassification and release of Carter Page’s surveillance documents and other officials’ text messages, but later in the week reversed his decision. Rumors and concern swirled Friday that Trump may fire Rosenstein, using a NYT article claimed Rosenstein secretly suggested recording Trump and discussed the 25th Amendment as a pretext. The story was later contradicted in reporting by the Post and NBC News, which suggested Rosenstein was being sarcastic and did not mention the 25th Amendment. 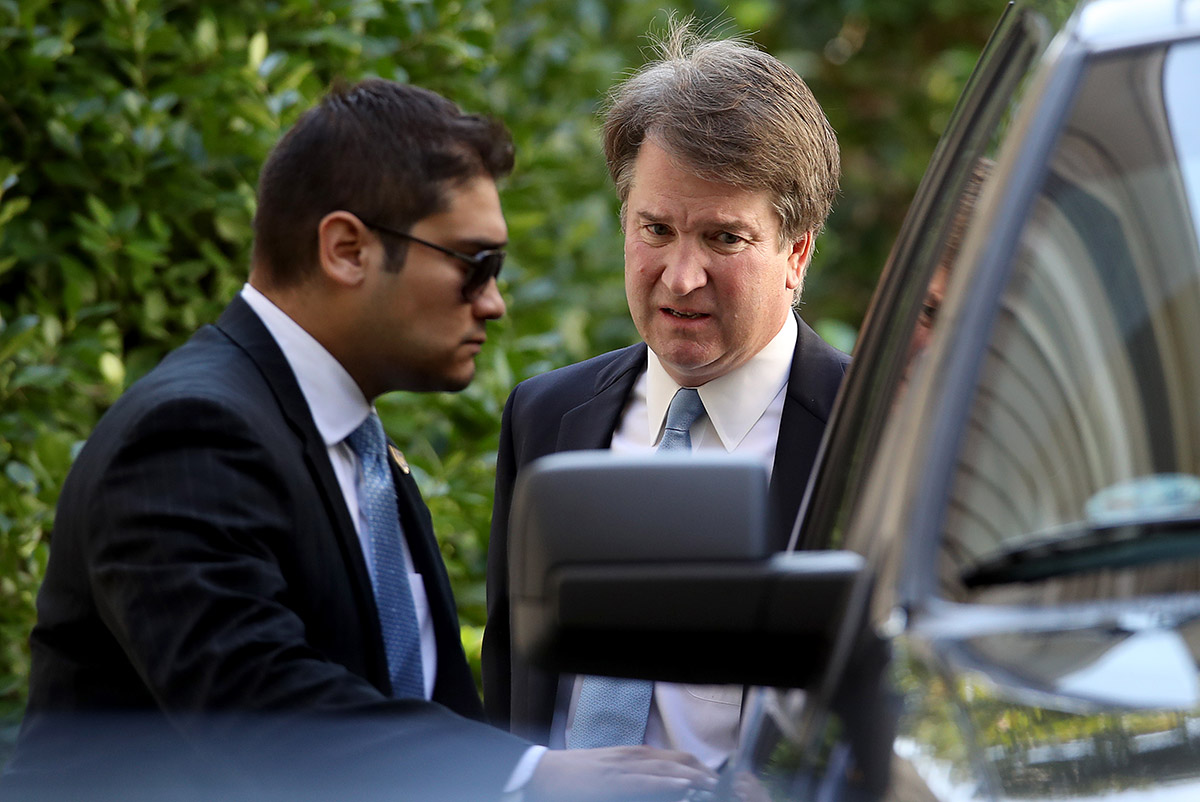 Supreme Court nominee Judge Brett Kavanaugh leaves his home September 19, 2018 in Chevy Chase, Maryland to head to the White House and meet with Trump staffers. Dr. Christine Blasey Ford has gone into hiding after facing death threats and other harassment.