This week, the country watched the contentious Senate hearings for Trump’s Supreme Court nominee, Brett Kavanaugh. Senator Patrick Leahy called it the “most incomplete, most partisan, least transparent” vetting of a Supreme Court nominee in his forty-four years in the senate. As hearings wrapped up, questions linger about whether Kavanaugh has lied under oath in this and past judicial hearings, as well as whether Trump had selected Kavanaugh, who was not on his 2016 campaign list, in order to protect himself from the Mueller probe.

This week was also dominated by previews of Bob Woodward’s upcoming book “Fear” on Trump’s White House, and an explosive opinion piece in the Times by an anonymous senior official in the Trump regime. Both seemed to suggest that Trump is unfit for office, and his White House is operating chaotically, potentially exposing the country to danger. Trump lashed out, seeking to discredit Woodward, and summoning his Justice Department to investigate the NYT for what he described as “treason.”

As the week came to a close, former President Obama re-emerged on the national political scene, two months ahead of midterms, calling out Trump by name, and rallying voters to be engaged. As with the funeral of Sen. John McCain in Week 94, Obama’s presence, in sharp contrast to Trump, served as a reminder of how far from normalcy our country has strayed since Trump took office. 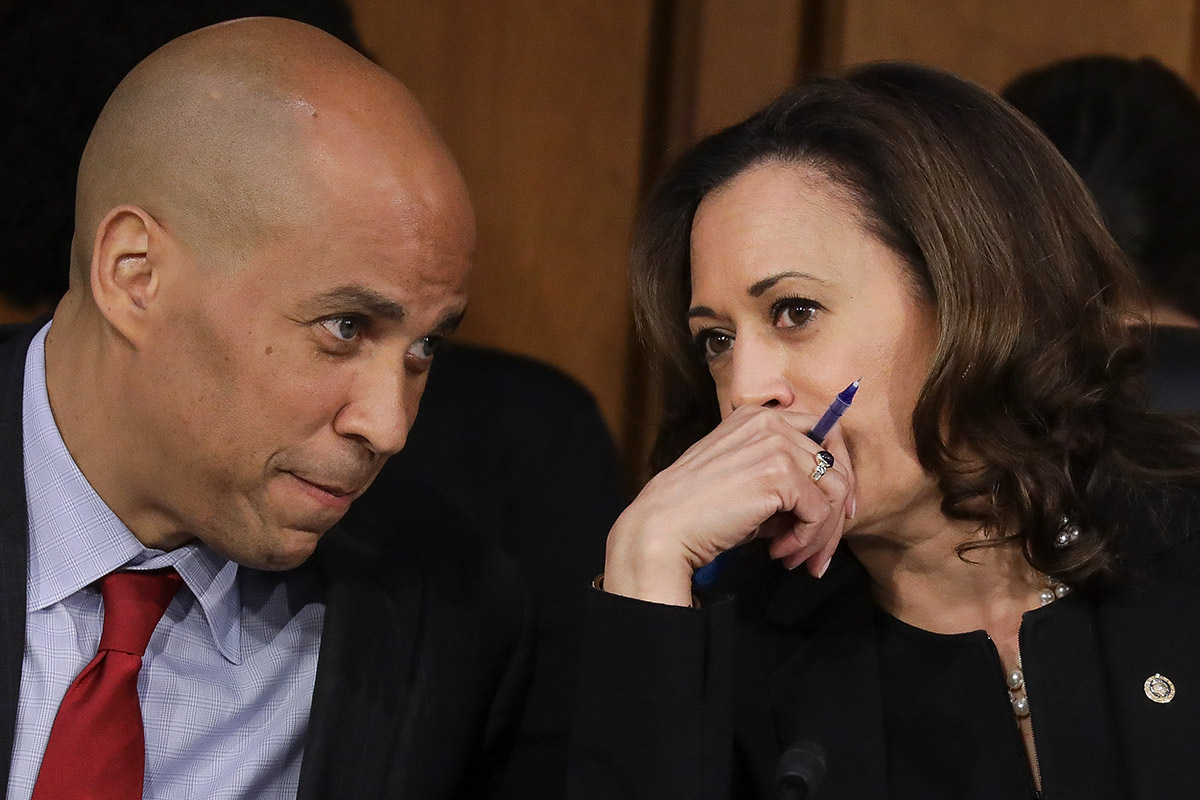 Sen. Cory Booker (D-NJ) and Sen. Kamala Harris (D-CA) talk with each other as they listen to Supreme Court nominee Judge Brett Kavanaugh testify before the Senate Judiciary Committee on the third day of his Supreme Court confirmation hearing on Capitol Hill September 6, 2018 in Washington, DC. Kavanaugh was nominated by President Donald Trump to fill the vacancy on the court left by retiring Associate Justice Anthony Kennedy.