This week the death of Senator John McCain loomed large. McCain’s military and public service, and his statesmanship stood in sharp contrast to Trump, who acted like a petulant child, refusing to issue a statement of praise or keep the White House flag at half-staff. As the week ended, and virtually every official in D.C. attended a nationally televised farewell for McCain, Trump busied himself tweeting false statements, before heading to a Trump golf course in Virginia.

This week, Trump said he would push out two more senior officials, Attorney General Jeff Sessions and White House counsel Don McGahn, from his dwindling ranks of insiders. Trump aides and allies worry that his legal team is vastly understaffed to address the fallout of Democrats taking control of the House, as well as the growing list of legal exposures facing him.

This week had shocking stories on the treatment of marginalized communities — from passports being denied to U.S. citizens on the Mexico border, to a revised official death toll of nearly 3,000 in Puerto Rico, to White House officials with ties to white supremacists involved in immigration policy meetings — as well as stories of corruption. But as with many weeks, these stories quickly got lost in the chaotic and exhausting news cycle, even in August.

As the week drew to an end, Trump’s approval dropped to 36% in two polls, as he is reportedly increasingly isolated and making decisions based on his instincts alone. An arrest was made of a California man who threatened to violence against the Boston Globe, calling them the enemy of the people. And still, elected Republicans refuse to confront Trump, offering instead their public support or silent complicity. 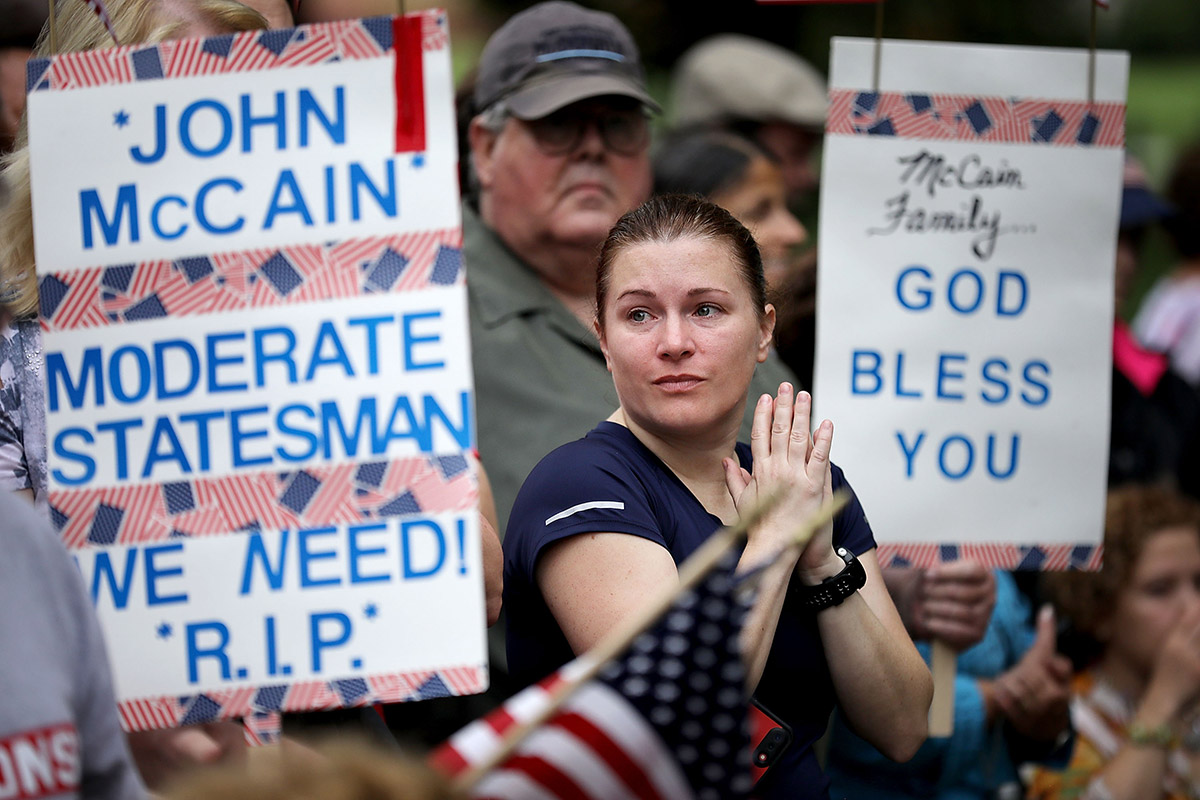 People stand in silence during a wreath laying ceremony to honor the late Sen. John McCain (R-AZ) at the Vietnam Veterans Memorial on the National Mall September 1, 2018 in Washington, DC. Sen. McCain was buried at his final resting place at the U.S. Naval Academy on Sunday.