This was the first week in many, many months that the Republican Party showed any signs of standing up to Trump. Meanwhile, Trump and his allies spent the week attacking the FBI, alleging without evidence that the agency spied on his campaign as a means to discredit the Mueller probe—which continues to escalate as it reached its one-year mark.

This week, Trump shocked the country, referring to undocumented immigrants as “animals,” then trying to legitimize his comments by saying the reference was only to gang members. Days prior, the Trump regime took steps to open military bases to house immigrants who are unaccompanied minors, or children the regime separates from their parents, evoking comparisons to “camps.” This week also marked escalating acts of racism, transphobia, xenophobia, and new assaults on the rights of women.

Ivanka Trump and Jared Kushner were the faces of our country as Trump moved the US embassy in Israel to Jerusalem, leading to protests, scores of deaths, and hundreds of injuries. Kushner, who is still without full security clearance and has no foreign policy experience but is related to Trump, spoke for the US at the opening ceremony, evoking comparisons to autocratic regimes. Signs of misuse of power and pay for play in the Trump regime abound this week, domestically, and with regard to questionable dealings relating to China and Qatar. 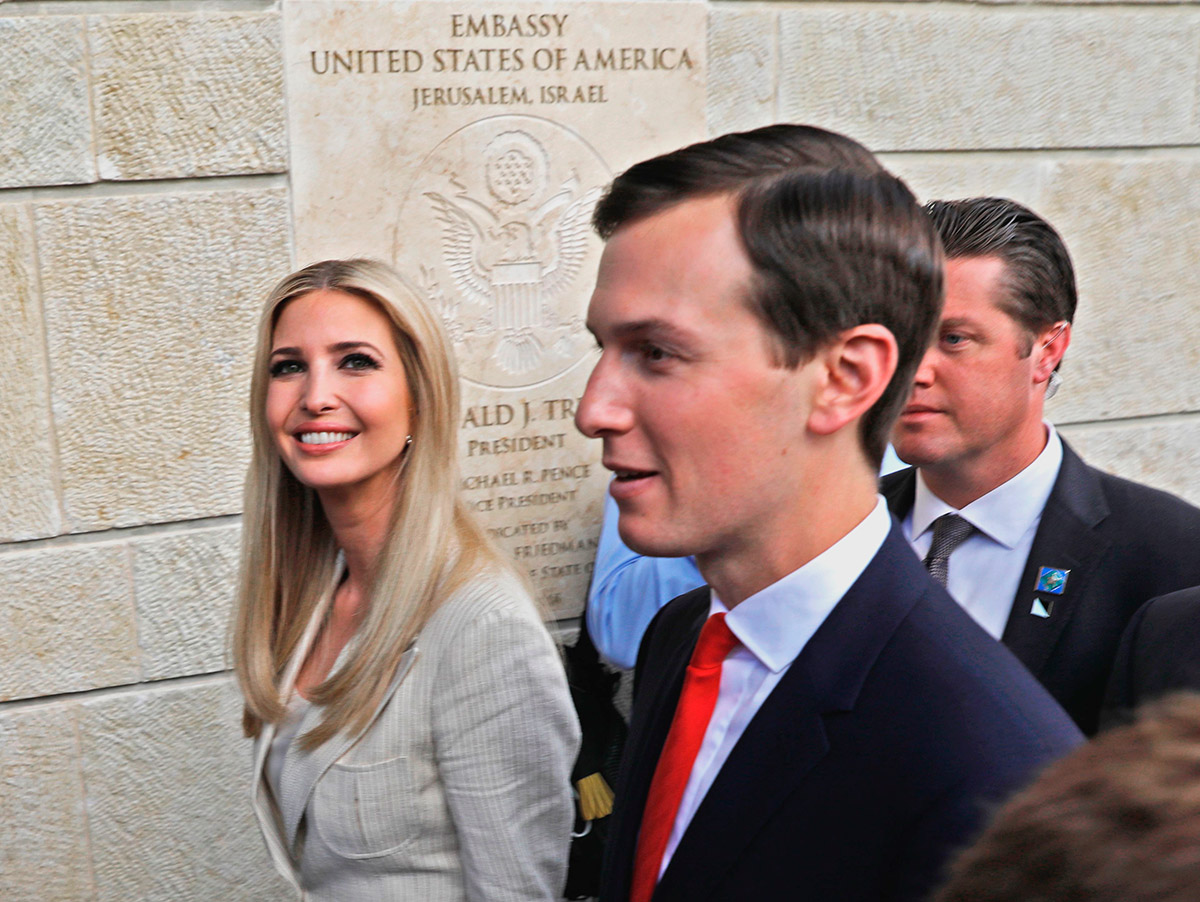 Trump’s daughter Ivanka Trump and her husband Senior White House Advisor Jared Kushner, neither of which has full security clearance, were the senior US representatives for the opening of the US embassy in Jerusalem on May 14, 2018. Trump’s decision to move the embassy tossed aside decades of precedent.