This week, despite the White House providing no evidence to back Trump’s claim that the Obama administration spied on his 2016 campaign for political reasons, and despite Trump ostensibly branding “spy” and “Spygate” to rile his base and hurt the credibility of the FBI, Justice Department, and Mueller probe, the media was nonetheless consumed the entire week with covering this manufactured storyline. Reminiscent of Trump’s success in using the Nunes memo as a shiny coin to distract in Week 64, this week important stories and storylines received little or no national coverage.

After a social media barrage at the end of the week, the story that finally captured the country’s and some media attention was the Trump regime’s increasingly cruel and racist policies at the border. Immigrants are being dehumanized by Trump in words, and his regime is enacting inhumane policies resulting in families being separated, and children going missing.

This week had numerous examples of assaults on the First Amendment, including arrests of high school students protesting gun violence, media outlets being barred from an EPA event, and NFL owners banning public protests by their players in an effort to appease Trump. 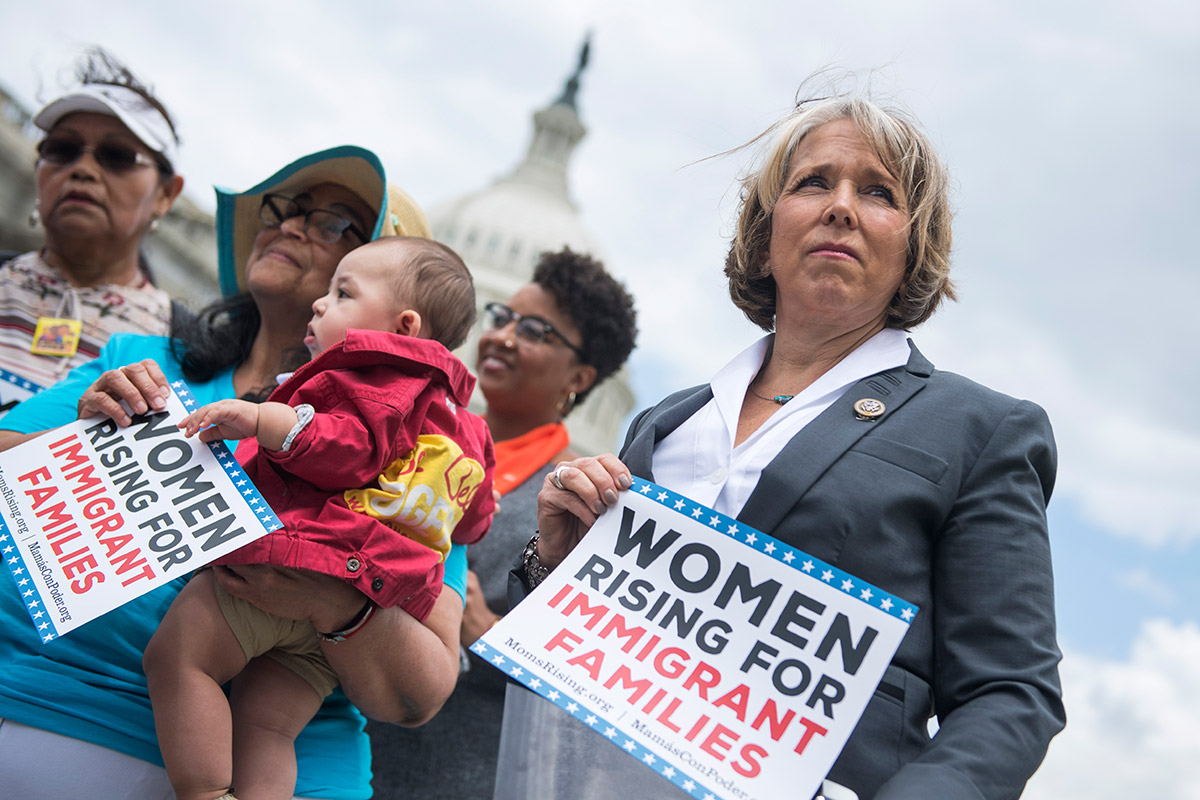 Rep. Michelle Lujan Grisham, D-N.M., joins mothers and caregivers during a news conference at the House Triangle to call on lawmakers to protect ‘immigration and refugee policies that protect the rights and safety of women and children,’ on May 23, 2018. They want to end the separating of families, stop the detention of pregnant women, and shield women who are are seeking to escape domestic violence.
« Week 79
Week 81 »
Share This