This week Trump threatened to take away media credentials, equating negative coverage to fake news. Trump and his surrogates continued to publicly undermine the Mueller probe, pressing for its completion and questioning the validity of its outcome; yet, seemed unprepared to handle the fallout of information made public by Stephanie Clifford’s attorney, Michael Avenatti.

This was another week of resignations, and disquiet within Trump’s cabinet as he continues to bully dissent and turn a blind eye to kleptocracy, incompetence and ethics violations. Against the advice of former senior officials, Trump pulled the US out of the Iran nuclear deal, further isolating America on the world stage. Acts of hate and distrust of “others” continue to escalate, as does the regime’s cruelty towards those not white, straight, and male. While Trump remains popular with his base, increasingly Americans are worried about aspects of everyday life that are forebodingly shifting ever-so subtly. 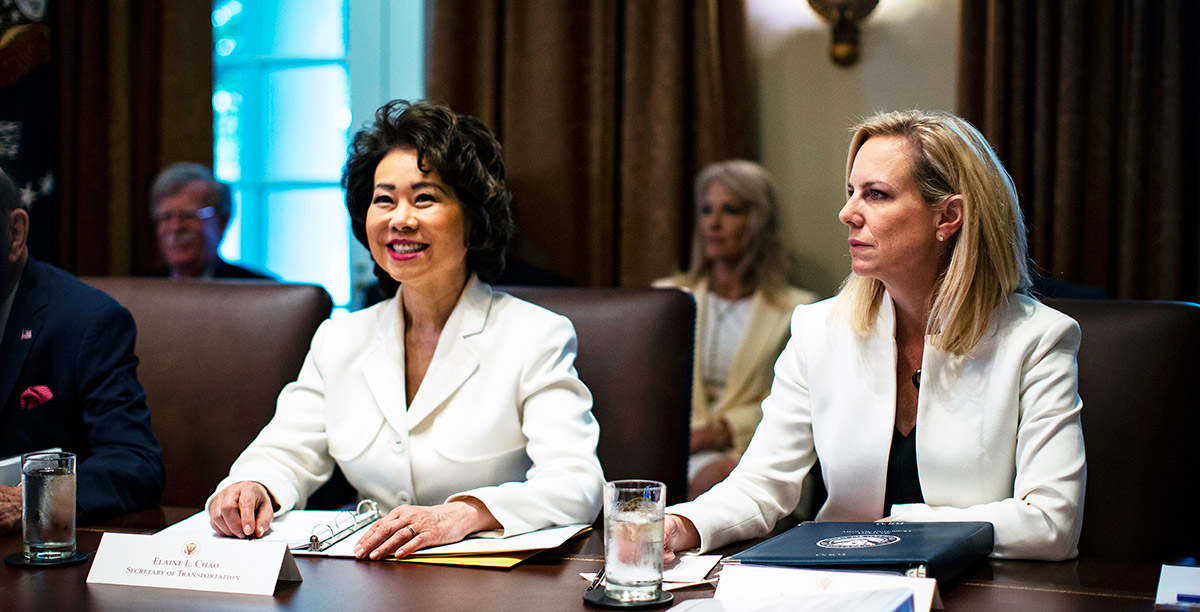 Secretary of Transportation Elaine Chao (L) and Secretary of Homeland Security Kirstjen Nielsen at a Cabinet meeting May 9, 2018 in the Cabinet Room of the White House. NYT reported that Trump berated Nielsen, who, after the meeting, drafted a letter of resignation. NPR reported Trump’s cabinet has had more turnover than any first term US leader in the past 100 years
« Week 77
Week 79 »
Share This