Have we normalized that Trump lies to the American people? That was a central question after Trump lawyer Rudy Giuliani publicly contradicted recent statements by Trump and the White House, saying Trump reimbursed Michael Cohen for a $130,000 payment to silence Stephanie Clifford, made days before the 2016 election. According to The Washington Post, Trump has told over 3,000 false or misleading statements since taking office.

This week we learned that Trump had himself dictated the medical letter used during his campaign, and as his White House doctor exited in disgrace, questions surfaced about access to accurate information about Trump’s health — another broken norm. This was another week plagued by resignations, attacks on our institutions and norms, and our values. The morning after Giuliani’s bombshell disclosure, Trump signed an executive order at the National Day of Prayer eliminating a boundary between religious groups and government. 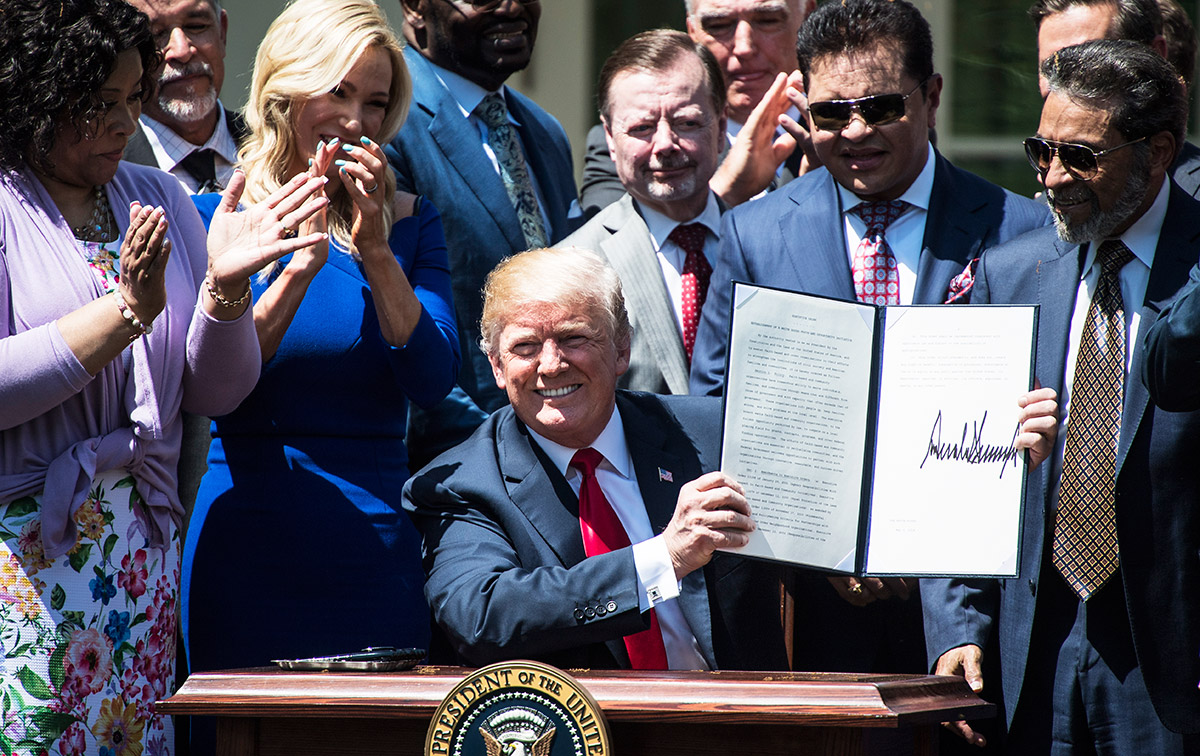 The morning after Trump attorney Rudy Giuliani said in a Fox News interview that Trump reimbursed Michael Cohen for a $130,000 hush money payment to porn-star Stormy Daniels made days before the 2016 election, Trump signs an Executive Order on the Establishment of a White House Faith and Opportunity Initiative during a National Day of Prayer event in the Rose Garden.