This week, Trump became angry and stormy after the office and hotel room of his longtime lawyer and fixer Michael Cohen were raided by the FBI. The country stood on edge as Trump threatened to fire Mueller, Sessions, and Rosenstein. Other than a few hollow warnings, Republicans in leadership did nothing by way of passing legislation or any other measures to block Trump from taking steps to dull or end the Mueller probe. And as Speaker Paul Ryan became the latest Republican leader to announce he will not seek re-election in November, increasingly it appears the party will abdicate its responsibility to counter Trump.

In a week without any real focus, policy, or direction, Trump careened on trade and on Syria. After spending much of week attacking and discrediting institutions and familiar targets like Obama, Hillary, McCabe, and Comey, Trump ended the week late Friday by addressing the nation on a US missile attack on Syria, which, unlike a year ago, will be an open-ended military engagement. With a non-functioning and unstaffed State Department, many senior national security roles vacated, and disagreement voiced by Secretary Mattis, the decision to strike — as with most decisions in recent weeks — was made by one man. 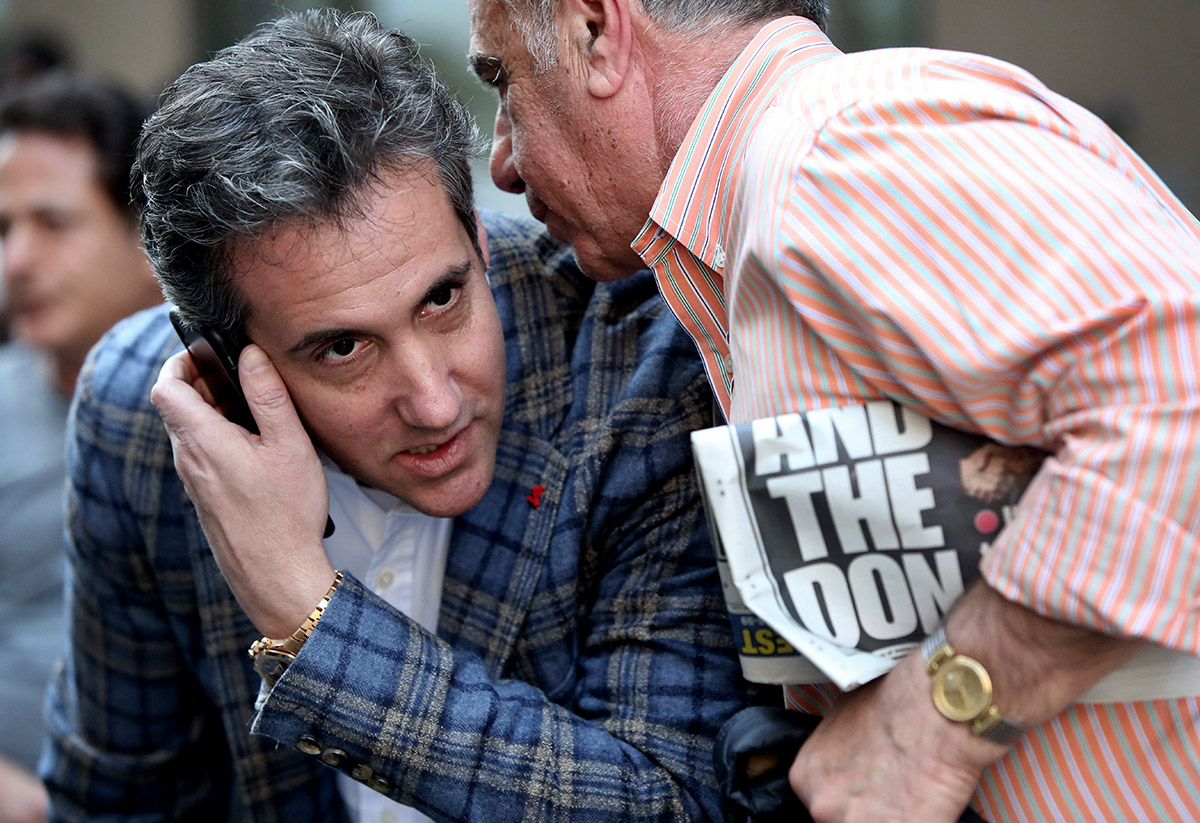 Michael Cohen (L), Trump’s personal attorney, takes a phone call as he sits outside near the Loews Regency hotel on Park Ave on April 13, 2018 in New York City. Following FBI raids on his home, office, and hotel room, the Department of Justice announced that they are placing him under criminal investigation.