This week Trump became increasingly frantic about the fed raid on Michael  Cohen, as innuendo swirled that Cohen could cooperate with federal prosecutors if indicted. Trump spent much of the week attacking James Comey, and teetering on firing Rod Rosenstein and Robert Mueller. Yet again this week, the national focus continued to be on Trump’s gyrations, with no visible efforts in Congress towards the typical discussions and debates on policy or legislation.

The untold and less-covered stories continue to be loss of rights and protections for marginalized communities and women, and the outright cruelty of the Trump regime when it comes to immigrants. Kleptocracy and corruption continues unabated, and in a sign of our country’s normalization of the previously unthinkable, Tax Day came and went this week with barely a whimper for Trump not sharing past returns. 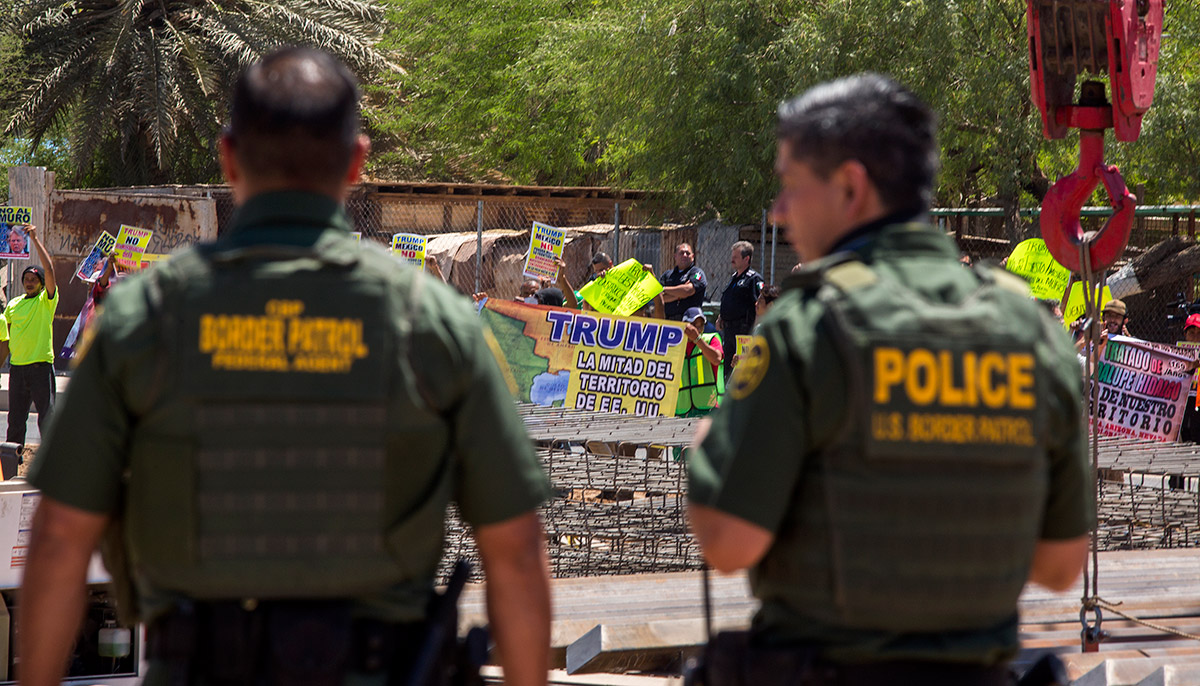 Border agents watch as protesters on the Mexico side of the border demonstrate against policies of President Donald Trump while U.S. Department of Homeland Security Secretary Kirstjen Nielsen tours a replacement border fence construction site on April 18, 2018 in Calexico, California. President Trump recently bashed California Gov. Jerry Brown after a decision to limit the mission of California National Guard troops at the Mexico border.