In what was expected to be a quiet holiday week, Trump managed to generate a fair amount of controversy and concern. Along with his regime and some in the Republican Party, Trump continued to attack American institutions and Mueller. A NYT interview revealed Trump still does not understand, or choose to accept, the boundaries of his power in our democracy — and he continues to lie, irreverently. The issue of Trump’s mental health also resurfaced this week.

As Republicans and Trump’s White House prepare for the wrath of the American people in 2018 — the Resistance and even their own shrinking base — Trump seems cocooned from news and real information. The Mueller probe continues in earnest and is expanding its focus, just as Trump’s lawyer continue to assure him the investigation will soon conclude — setting the two on a collision course heading into 2018. 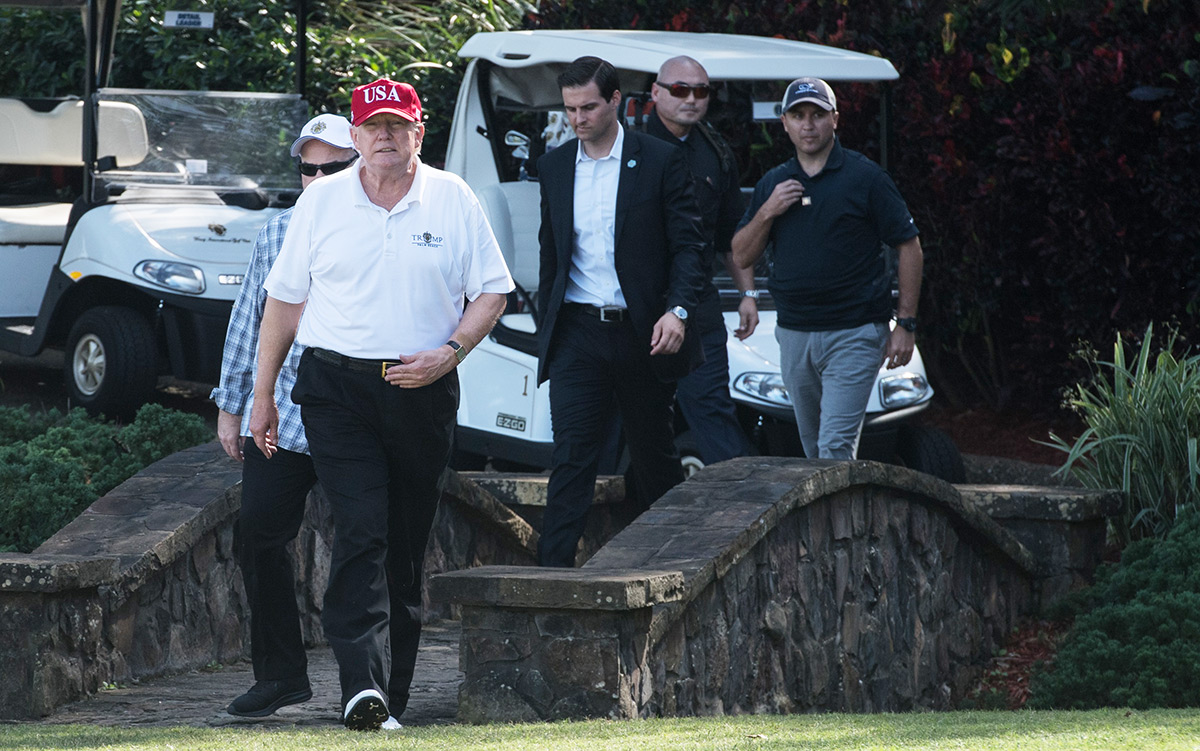 Trump walks onto the green at the Trump International Golf Course in Mar-a-Lago, Florida. After saying he would get “back to work” after Christmas Day, Trump spent the next five days golfing. Saturday marked his 89th day of golf since taking office.