This is arguably the most alarming weekly list so far. A plot that has played out week-by-week as Trump alienated our allies while cozying up to authoritarians, followed by his embarrassing behavior at the NATO and G7 meetings, culminated this week at the G20 with US isolationism. This video https://goo.gl/VR1zxi, which traces weekly not normal items, explains why Putin is the winner in this new world alignment.

This week Trump amped-up his assault on the media, including encouraging violence. With this, Trump has distracted the country and media, and taken back the narrative. In the atmosphere of chaos, this week also stands out for the number of important stories that received little or no media coverage. 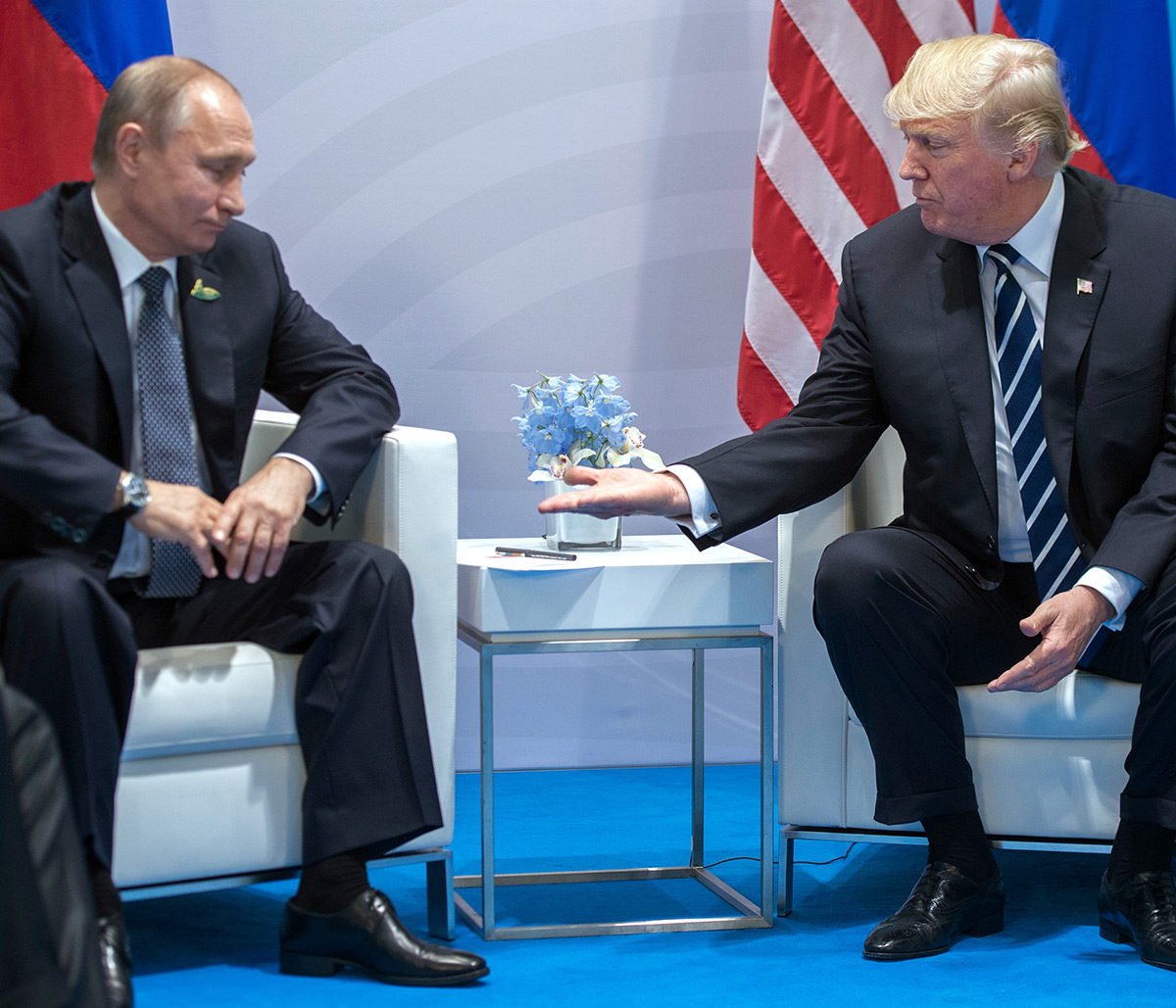 An image shown on Russian media of Putin’s meeting with Trump at the G20. Putin delays extending his hand.