The fabric and values of our country are transforming before our eyes. The Trump regime of billionaires and sycophants—with most Republicans cowering along in lock-step — continue to act and take actions that are greedy and cruel. As we hit Week 25, every subgroup of Americans not white, straight, and male has been a target.

The beat of Trump-Russia continues, as does Trump’s mentally imbalanced leadership — for which there is increasing concern. This week the authoritarian themes of silencing dissent, and consolidating power and wealth were also front and center. 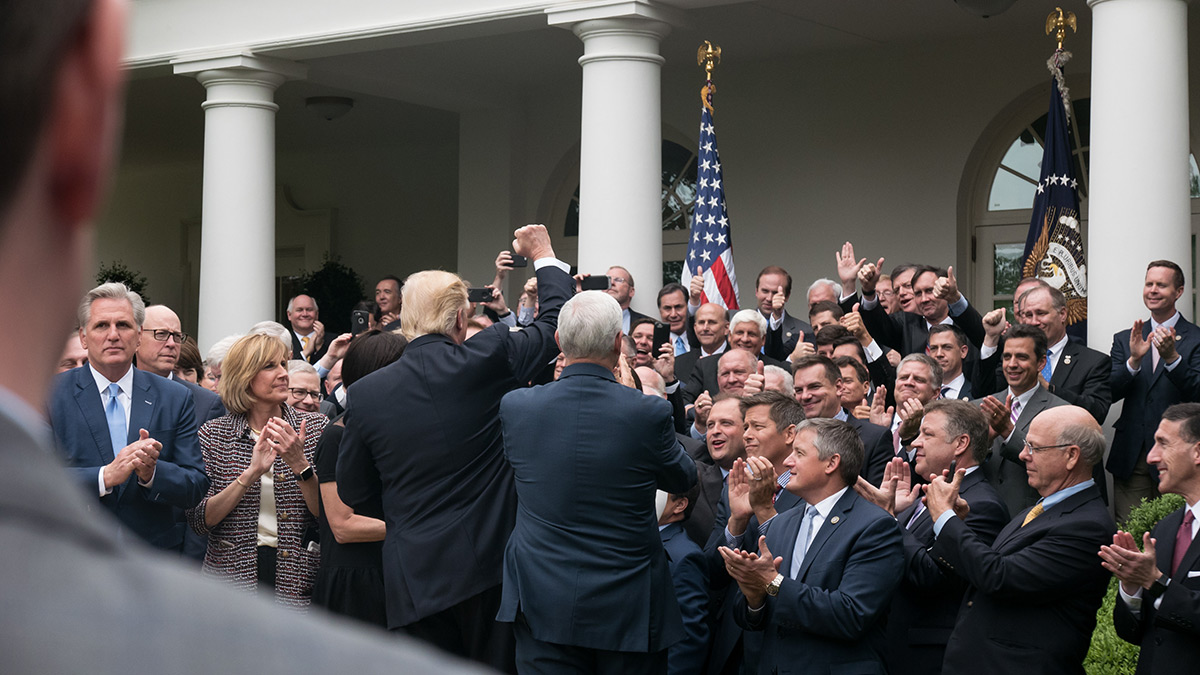 Trump and Pence greet members of the GOP, at a press conference on the passage of legislation to roll back the Affordable Care Act, in the Rose Garden of the White House.