This project could not have ended in a more perfect way (she writes while sipping champagne): Donald J. Trump was defeated shortly before noon on Saturday, the cutoff time each week, and so I was able to gloriously write “THE END” at the end of Week 208  — something I have been waiting to do for four long years.

This week, the U.S. held its election, and it was different than any other due to the pandemic and the resulting record early vote. It took days for the race to be called for Biden, as early votes were counted. Nonetheless, as he telegraphed he would do in the weeks and months leading up to November 3rd, Trump tried to steal the election, declaring victory at a hastily assembled news conference at 2 a.m. on election night.

As you read this week’s list, you can see the intent: dismantle the U.S. Postal Service so mail-in ballots mostly availed of by Democrats don’t arrive in time; have GOP state legislatures disallow early vote counting so Trump can claim a lead and declare victory on election night; and stack the courts so the judicial branch will determine the outcome. Thankfully, the American people voted in numbers too great for these plans to work, with a record 75 million Americans voting for the winning candidate, Joe Biden (with votes still to be counted).

As we leave the final weekly list, we enter the most dangerous phase of the pandemic so far. The week starts with Drs. Anthony Fauci and Deborah Birx taking the unusual step of warning us publicly, ahead of the election, of the dire state of things. By week’s end the nation recorded daily record cases for three days in a row.

On an administrative note, I will continue to document broken norms until inauguration, although not in the weekly format of the past four years. They too will be recorded as part of our road map back to normalcy. 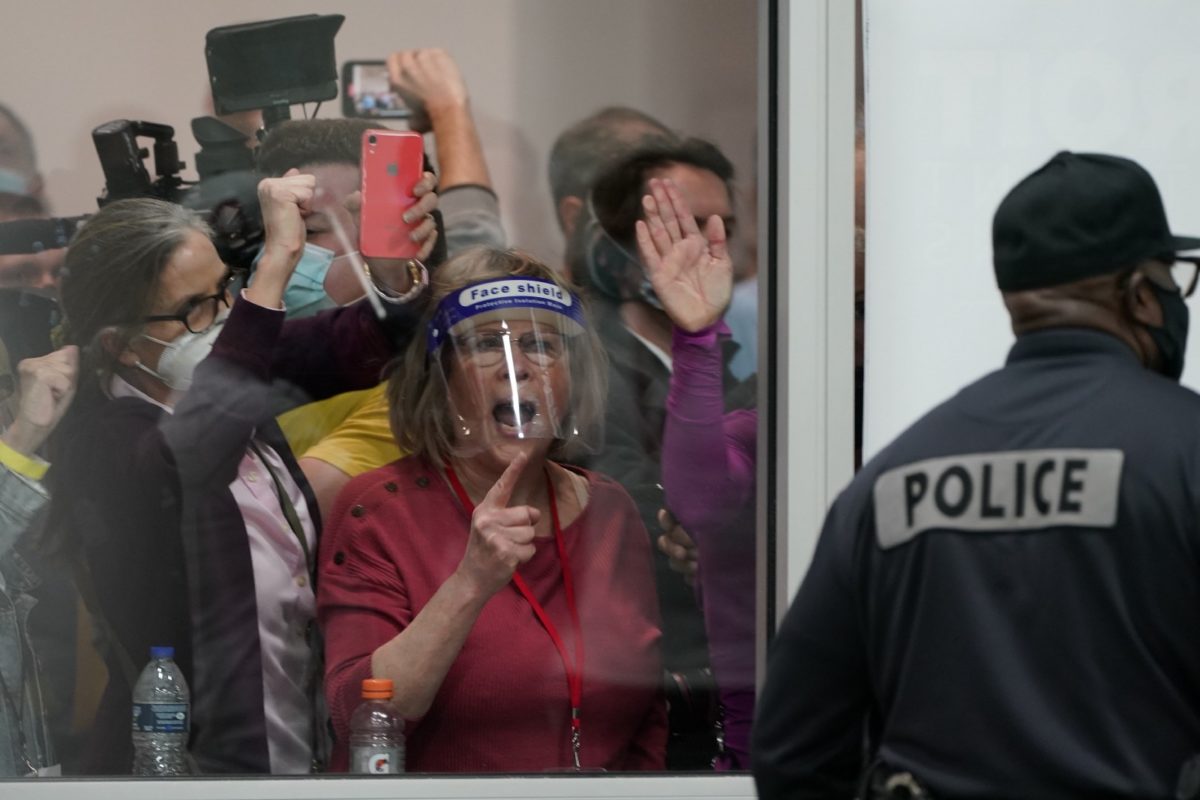 Surplus election challengers yell behind windows at the central counting board, as police helped to keep additional challengers from entering due to overcrowding, Wednesday, Nov. 4, 2020, in Detroit.