In the final full week heading into the election, the seeds of Trump’s bungled pandemic response came back to haunt him, with the twin challenges of record daily cases and hospitalizations in many states, along with the worst week for the stock market since March. Even as a new outbreak hit Vice President Mike Pence’s staffers, Trump’s chief of staff Mark Meadows all but conceded the regime had thrown the white flag on any federal response, saying, “We are not going to control the pandemic.”

Trump barn-stormed battleground states, all of which were facing surges in cases, and continued to hold rallies with supporters packed together without face masks. Unthinkable. Polling showed nearly 6 in 10 Americans disapproved of Trump’s rallies, and evidence continued to come out that the rallies were leading to sickness and death.

This week Amy Coney Barrett was confirmed as a Supreme Court justice, for the first time in 151 years without a single vote from the minority party, heading into a highly litigious election with Republicans and the Trump campaign bringing hundreds of lawsuits in an effort to suppress voting. Nevertheless, a record 90 million Americans had voted by the end of the week, two-thirds of the total 2016 vote, as the country braced for violence on Election Day. 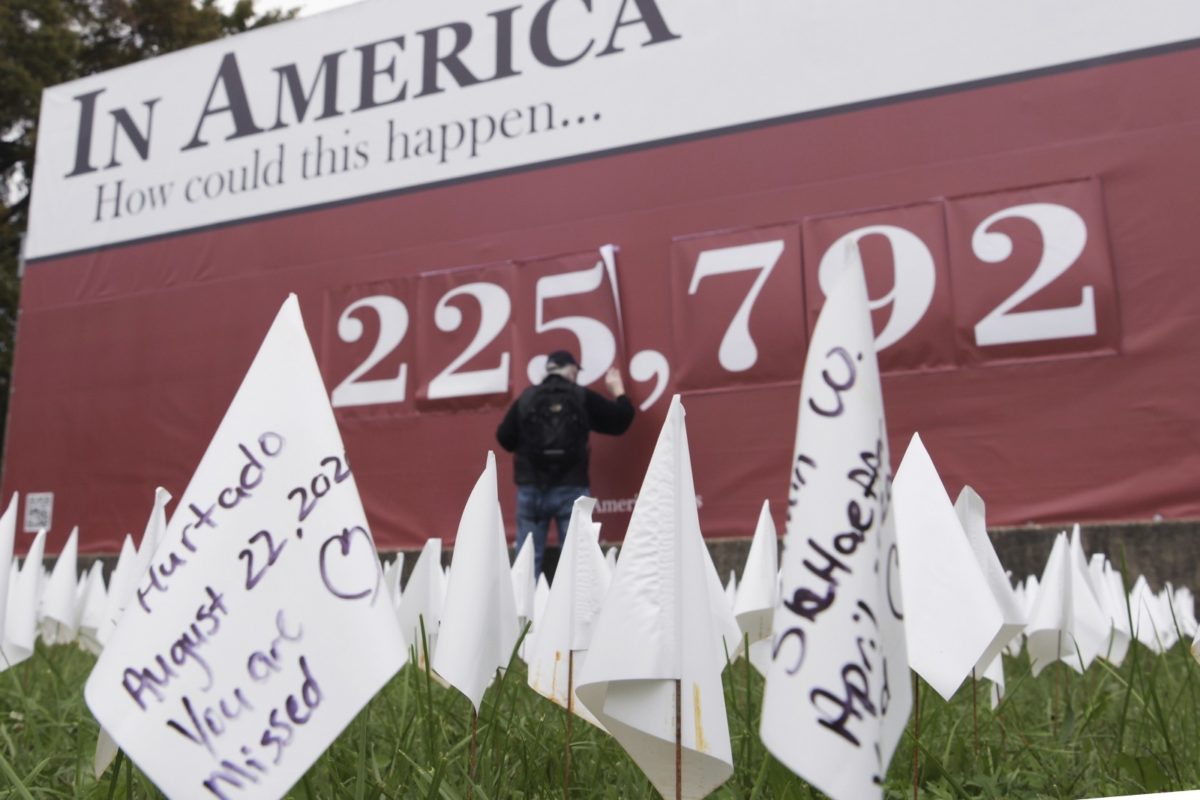 More than 200,000 small white flags were planted in front of RFK Stadium in honor of those who have died during the Covid19 pandemic today on October 28, 2020 in Washington DC.