This week, with Election Day nearing, the coronavirus raged out of control, with a record number of new daily cases on Thursday, and then again Friday, topping 83,000. Hospitalizations also soared in many states, and the death toll started to rise. Trump meanwhile continued to hold campaign rallies in battleground states, almost all of which were in the midst of surging cases. His supporters stood packed together, shoulder-to-shoulder, and mostly without face masks. It was unthinkable that a leader would do such a thing — but Trump proved once again his care is only for himself and his re-election, even though many of his supporters will end up getting sick and some will die.

Meanwhile, Americans voted in record number, by Thursday topping the early votes for all of 2016, and by week’s end, 56 million had voted, 40% of all who voted in 2016. Record turnout continued in multiple states, with registered Democrats far outpacing Republicans. Despite the huge turnout, Senate Republicans continued to push through Trump’s Supreme Court nominee — even as Democrats boycotted the Judiciary Committee vote — and while eschewing a Covid relief bill, as 8 million more Americans descended into poverty.

Trump spent the week all over place: attacking Dr. Anthony Fauci, then “60 Minutes” anchor Lesley Stahl, and gaining no ground as Americans voted and Election Day neared. News of foreign interference loomed large, as did acts of violence and intimidation from far-right groups. 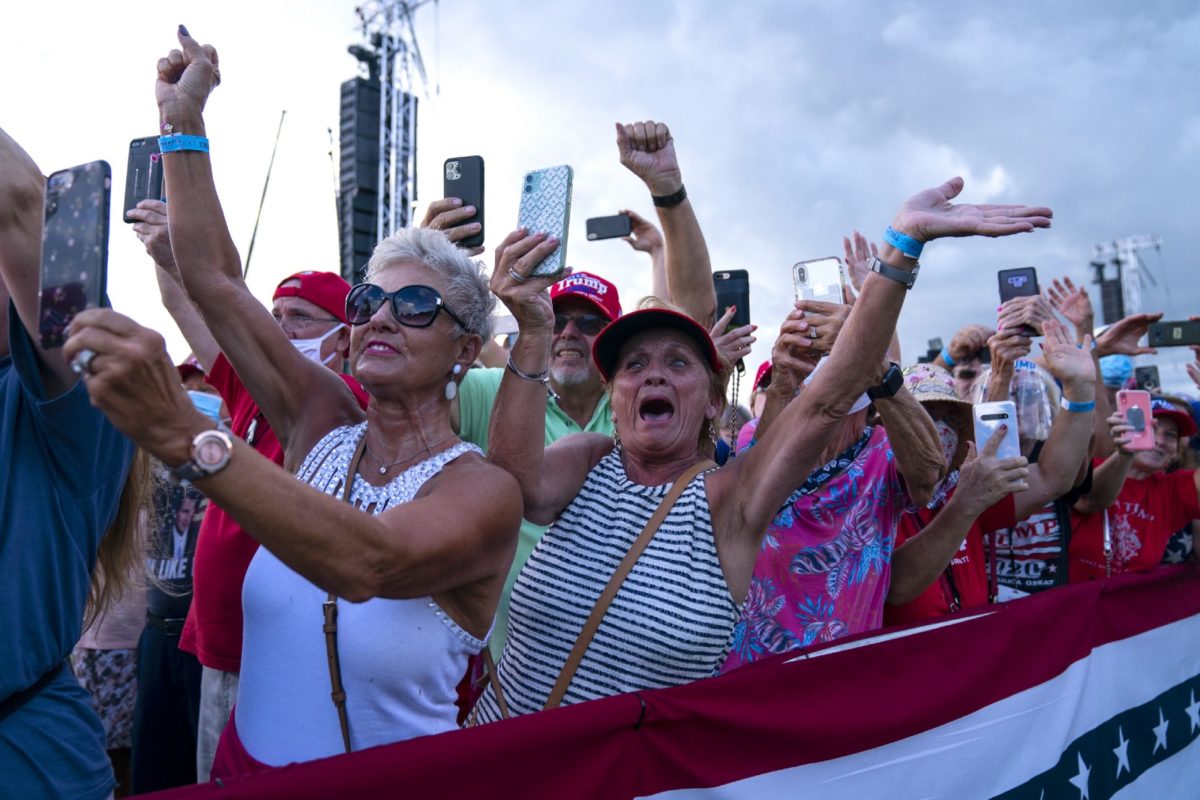 Supporters of Trump cheer as he arrives for a campaign rally at The Villages Polo Club, Friday, Oct. 23, 2020, in The Villages, Florida, a retirement community. Supporters stood closely packed together, and most did not wear face masks.